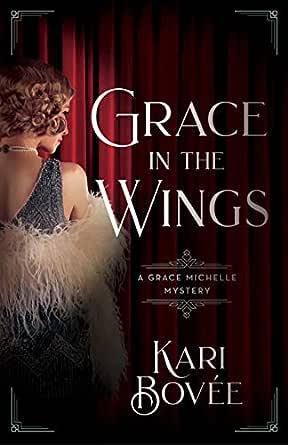 You've subscribed to Grace Michelle Mysteries! We will preorder your items within 24 hours of when they become available. When new books are released, we'll charge your default payment method for the lowest price available during the pre-order period.
Update your device or payment method, cancel individual pre-orders or your subscription at
Your Memberships & Subscriptions
There was an error. We were unable to process your subscription due to an error. Please refresh and try again. 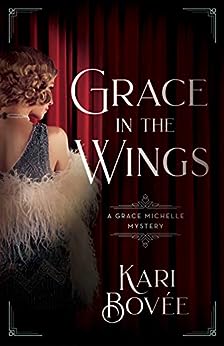 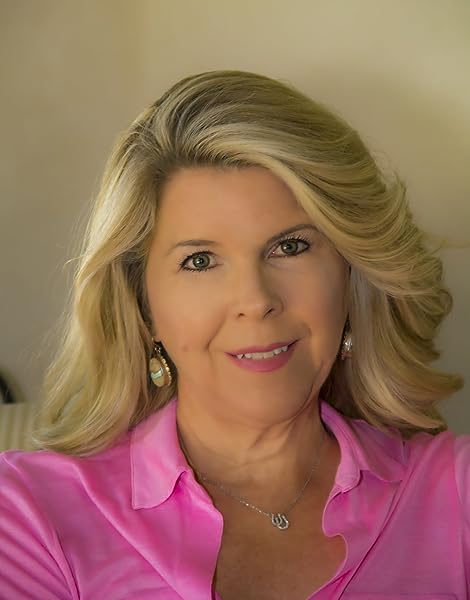 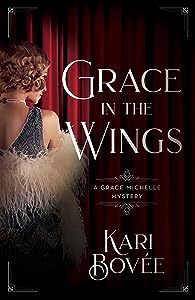 "Dripping with 1920s swagger and enough twists to trip up a flapper, Grace in the Wings by Kari Bovée is a romance-fueled mystery with Manhattan skylines, unfettered ambition, and plenty of murder to go around. Grace Michelle is an entrancing and magnetic dynamo of a character that carries this book on her ingenue shoulders. This roaringly good novel is a loving homage to an era, a captivating story of painful growth, and a twisted mystery that will leave you wanting an encore." - Self-Publishing Review

"Readers can expect each of the following all at once: the misunderstandings of a Jane Austen romance, the strange sexual tension between a PI and a desperate dame in a film noir and something reminiscent of Whitney Houston and Kevin Costner' relationship in The Bodyguard."

"Not one page of this captivating tale bores, whether it's the latest scandal hitting the Follies or a glance between Grace and Chet. GRACE IN THE WINGS is the perfect blend of noir mystery, romance, action, and historical fiction, with a few comedic moments thrown in.GRACE IN THE WINGS  is a page-turning 1920s mystery set against the smoky and sometimes seedy world of the famous Ziegfeld Follies." - Kent Page McGroarty for IndieReader

Born in northern New Mexico, Kari developed a love of reading, writing, and history early in life. Her most treasured Christmas gift as a young child was a toy typewriter. After graduating with a B.A. in English Literature with an emphasis in Creative Writing, Kari found work as a technical writer at a Fortune 500 tech company. But, her love of story-telling never waned. While staying at home with two young children, Kari wrote her first novel and hasn't stopped. She and her husband live happily in rural Corrales, New Mexico with their horses, dogs, and cats.

3.8 out of 5 stars
3.8 out of 5
22 customer ratings
How does Amazon calculate star ratings?
Amazon calculates a product’s star ratings based on a machine learned model instead of a raw data average. The model takes into account factors including the age of a rating, whether the ratings are from verified purchasers, and factors that establish reviewer trustworthiness.
Top reviews

Kristin Smith
5.0 out of 5 stars Fantastic historical mystery with romantic elements!
Reviewed in the United States on November 4, 2019
Verified Purchase
I thoroughly enjoyed reading Grace in the Wings. The intriguing mystery behind Sofia’s death kept me turning the pages as well as the fantastic romance between Grace and Chet. I liked how the author used real-life characters such as Flo Ziegfeld and Fannie Brice. I didn't know a lot about the roaring twenties before reading this book, but I'm looking forward to learning more. I’m also looking forward to reading more books by Kari Bovee. I hope she continues the series.
Read more
Helpful
Comment Report abuse

Naomi Wilson
4.0 out of 5 stars Different then her others
Reviewed in the United States on August 11, 2020
Verified Purchase
At first I was really into a book. But then there were places where I got irritated. Grace is nothing like the character in Annie Oakley series. She was probably just going for something different, but I prefer her other series. I will keep reading her Annie Oakley's
Read more
Helpful
Comment Report abuse

Steve G.
5.0 out of 5 stars Watch Grace triumph.
Reviewed in the United States on June 18, 2020
Verified Purchase
A quick, wonderful read. Following Grace as she deals with the loss of her sister and her desire to find the truth. From coast to coast the story continues to keep you traveling with her as she grows personally along the trail. Perfectly set in the 20’s with great accuracy of the day. This is a awesome read.
Read more
Helpful
Comment Report abuse

AnnieB
3.0 out of 5 stars Roaring 20s mystery romance
Reviewed in the United States on October 17, 2019
Grace in the Wings is the first book in what is ostensibly a new series by Kari Bovée set in 1920's NYC and the California film industry. Released 19th Sept 2019, it's 348 pages and available in paperback and ebook formats.

This is a murder mystery romance with some thriller overtones. It's set in 1920/21 in New York and California and the plot is peppered with real life characters (Flo Ziegfeld, Hedda Hopper, Mary Pickford, etc) who are woven into the plot with varying degrees of skillfulness. The plot is relatively straightforward and character driven. Main character Grace is a former street kid, taken in by Ziegfeld with her sister Sophia and raised in the theater world under his protection. Despite living on the streets and being raised in the theater world, Grace is a naive virginal damsel (in distress). Enter devastatingly handsome romantic lead guy Chet Riker (stage left), he's a good guy who got on the wrong side of a mobster borrowing money to pay for his estranged mother's surgery.

This could be (and mostly is) a straightforward romance/cozy mystery except for the last half of the book. There's a lot of fairly graphic violence, sexual content (including consensual sex, threatened rape and kidnapping, graphic violence against female characters), drug use, manipulation, etc. I personally found the denouement abrupt and far too convenient.

The writing is unpolished (but promising) and would have benefited from some ruthless editing. Despite the problems with my suspension of disbelief and the 'too much' denouement, I can certainly see this developing into a good period series.

For Kindle Unlimited subscribers; this title is available in the KU subscription to borrow and download for free. It's also worth noting that the ebook format has a handy interactive table of contents. I've really become enamored of ebooks with interactive formats lately.

Disclosure: I received an ARC at no cost from the author/publisher for review purposes
Read more
2 people found this helpful
Helpful
Comment Report abuse

Rachel
3.0 out of 5 stars Golden era theater
Reviewed in the United States on October 2, 2019
I love the era for this story, I love the time when theater was it, and being a chorus girl could lead to stardom.
I'm not a huge fan of the characters though. Chet Riker is a Private Investigator with a pile of debt to a mobster, and falling into increasingly unscrupulous business tactics to try and pull himself out of the hole. Grace is the sister of recently deceased Follies star Sophia, and finds herself the unwitting pawn of Flo Zeigfeld. Flo has long been her father figure, having taken Grace and Sophia in as orphans off the street, but the more Grace realizes how little she really knew about her sister, the more she learns that Flo will do anything to keep the Follies afloat and use anyone to gain publicity - good or bad.
I found Grace to be a little too waffling. One minute she is so glad no one is around, she just wants to be alone, then the next she's whining because Chet left her alone and unprotected. I also think Grace comes out of her back-stage naivete and into her new-found independence a little suddenly.
Overall, I liked the story, but found it to be a little unpolished. It's good historical fiction with a not-so-twisty mystery (several suspects, but no major red herrings or surprises). If you like Golden Age fiction, give it a try.
Read more
One person found this helpful
Helpful
Comment Report abuse
See all reviews from the United States

I
1.0 out of 5 stars Disappointing
Reviewed in the United Kingdom on November 19, 2019
Verified Purchase
A good idea for a story but ultimately it didn't work, it needed a lighter touch.
Grace had been orphaned, lived on the streets with her older sister, rescued they both became involved in the sophisticated world of the New York stage. After all this we are supposed to believe that Grace is a virginal naive innocent. My imagination didn't stretch that far.
Read more
Helpful
Sending feedback...
Thank you for your feedback.
Sorry, we failed to record your vote. Please try again
Report abuse