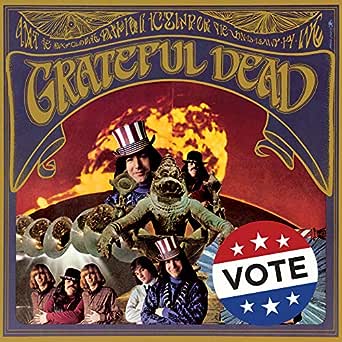 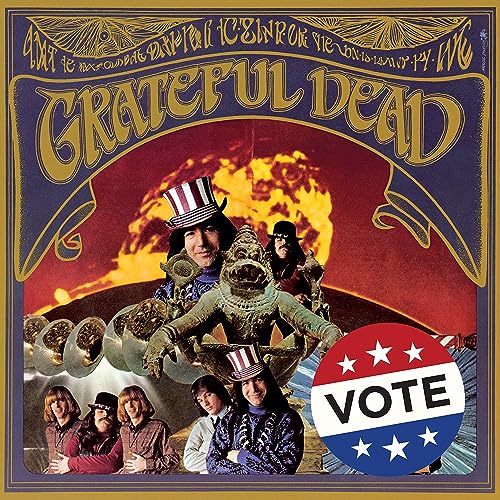 Grateful Dead
4.7 out of 5 stars 210 ratings
See all 51 formats and editions Hide other formats and editions
Buy the CD album for $14.79 and get the MP3 version for FREE.&nbspCD album ships from and sold by Amazon.com. Terms and Conditions. Does not apply to gift orders. Complete your purchase of the CD album to save the MP3 version to your Music Library.

4.7 out of 5 stars
4.7 out of 5
210 global ratings
How are ratings calculated?
To calculate the overall star rating and percentage breakdown by star, we don’t use a simple average. Instead, our system considers things like how recent a review is and if the reviewer bought the item on Amazon. It also analyzes reviews to verify trustworthiness.
Top reviews

Customer
5.0 out of 5 stars Why wasn't this Disc 1 of the 50th anniversary set?
Reviewed in the United States on August 1, 2019
Verified Purchase
This album is superior to the 50th anniversary disc 1 set. Rhino did superior job of remastering, and the bonus tracks are great. If Rhino wasn't going to put new bonus cuts (like maybe something from the Warlocks library) on the 50th disc 1, why didn't they at least make this disc the disc 1 of the 50th? They control the rights of BOTH.
Read more
5 people found this helpful
Helpful
Comment Report abuse

Jens Jensen
VINE VOICE
3.0 out of 5 stars Historical record
Reviewed in the United States on May 10, 2016
Verified Purchase
The value of this old recording is more historical than anything else. The sound quality is not great, and the band was really not yet ready for a major-label release in 1967. (To a certain degree, the same could be said for their follow-up, " Anthem of the Sun ," though that one has some spectacular jams on it.) I bought this album on vinyl when it first came out and listened to it quite a bit, mainly because they were so different from and more interesting than any other band at the time. A couple of years earlier (about 1965), I saw them one afternoon jamming/practicing in the gym at College of Marin, playing a few of the songs that eventually made it onto this album. The music attracted a smattering of students, who wandered in (and out) during the long jams. In those days, jam was something you put on bread, and more than a few people were put off by the lengthy improvisations. Bands generally played 2- to 3-minute songs; 4 minutes was considered long. Then, around 1968 I saw Grateful Dead play at the Fillmore in San Francisco. It was a revelation. I've always loved their studio albums but, as any fan knows, live Dead is always a unique experience. I've never been a Deadhead, but did see them live again a couple of times in the late '70s and early '80s. In fact, I hadn't even gone to see the Dead that first time...I wanted to see Love play, but it turned out they weren't nearly as good as the Dead. Anyway, I wouldn't recommend this album to anyone looking for a quality recording. It is mostly for those who need to have all of the Dead's music or are simply curious about what they sounded like at the beginning. Also, the best songs here have been played live many times and much better over the years. Two early live albums I like a lot are " Europe '72 " and especially " Europe '72 Vol. 2 ."
Read more
15 people found this helpful
Helpful
Comment Report abuse

William K. Davis
3.0 out of 5 stars 1990 German version
Reviewed in the United States on April 26, 2020
Verified Purchase
This is the 1990 version. Mine came from Monmox,and was made in Germany. I think it was poorly mastered. I ordered the Rhino version (2003) and I'm sure it will be better. Can't tolerate an inferior version of this outrageous album.
Read more
One person found this helpful
Helpful
Comment Report abuse

mark in ann arbor
5.0 out of 5 stars A relic, but a really cool relic...
Reviewed in the United States on May 7, 2010
Verified Purchase
Warner Brothers really didn't know what they had gotten themselves into when they signed the Grateful Dead in 1966. RCA had signed the Airplane, the Dead seemed really popular, and Warners didn't want to be left in the dust, so they hastily signed the wierdest group of hipsters, flipsters and tripsters to ever grace their hallowed corporate halls.

The band chose Dave Hassinger to produce their debut because he was the engineer on all those great Stones tracks they cut in Hollywood in '65/'66 like "Satisfaction," "Get Off of My Cloud," etc. Overall, I think he did a decent job of recording them. But capturing the Dead's special brand of magic would prove elusive in the studio, and most Deadheads would agree that the only real Dead was live Dead.

Still, there were those studio highlights along the way, and their debut is one of them. It has to be taken on its own terms, though--not unfairly held up to some fondly recalled Dead show decades ago. This was pretty much played live, apparently after the ingestion of a lot of ritalin they had gotten their hands on, which gave the whole thing a speedy, jangly, decidedly un-Deadlike, edge. Except for "Viola Lee Blues," as another reviewer noted--that one, to me, captures a brief snippet of the true S.F. jamming spirit. There's a little bit of room for everybody to groove, and the band jells nicely together. A fitting closer to one of '67's overlooked gems.

geochemistry
5.0 out of 5 stars New, New Minglewood Blues
Reviewed in the United States on October 15, 2017
Verified Purchase
Still my favorite Dead album. The New, New Minglewood Blues embodies the quintessential Grateful Dead vibe, even if it's been lost on the later generations of Deadheads. This album is a must have in any collection.
Read more
5 people found this helpful
Helpful
Comment Report abuse

Kurt Gibson-Zeigler III
5.0 out of 5 stars Great Dead Record
Reviewed in the United States on October 16, 2018
Verified Purchase
I Loved this Record. when it first came out.I don't remember how many Lp's of this i played to death and No Pun intended. I remember seeing them at the Fillmore. when the album came out. I loved the dead as they gave the crowd their
Moneys worth.
Read more
One person found this helpful
Helpful
Comment Report abuse

Rock `N' Roll Grandpa
5.0 out of 5 stars Grateful and alive
Reviewed in the United States on December 22, 2009
Verified Purchase
In the fall of 1967, I was a college freshman (I know I'm dating myself, but, given it was also the autumn of my first heartbreak, I actually really did date myself!) I spent an inordinate amount of time listening to my meager record collection --- The Blues Project's Projections, J.A.'s Surrealistic Pillow, Moby Grape's intro album, Cream's Fresh Cream, The Amboy Dukes, and this album---Grateful Dead's freshman offering. While all of this wonderful music has a special place in my heart, I've come to be especially attached to The Grateful Dead. From the first Pigpenny organ trill of The Golden Road to the climax of Viola Lee Blues, this album was the one I could count on to always cheer me up. For the record (or C.D.), American Beauty is my favorite Dead studio album, this first one is a very close second. As another reviewer notes, the quality of the vocal performances (as with the Dead's live shows) leaves a great deal to be desired, I can't imagine any song being any different than it is. My favorites: Morning Dew (yes, I know they later slowed down the song's tempo, but I like the upbeat version just fine, The Golden Road, and Good Morning Little Schoolgirl). And, at Amazon's price---you can't
buy music this good at twice that anymore! My son has also taking a liking to the CD and Jerry Garcia's rolling guitar licks...
Read more
9 people found this helpful
Helpful
Comment Report abuse
See all reviews

Mohammad A. Rahman
5.0 out of 5 stars Dawn Of The Dead
Reviewed in the United Kingdom on May 26, 2004
Verified Purchase
NOTE: This is a review of the 2001 remaster. Superb debut from the Grateful Dead. Speedy, adrenaline-fueled rhythm and blues covers and sparkling, summer-of-love originals such as "The Golden Road (To Unlimited Devotion)". This classic album has been wonderfully remastered and expanded - some of the original tracks are actually in their complete versions so instead of an inappropriate fade you get to hear the song played right to the end. Excellent choice of tracks for the bonus selections and wonderfully packaged.
Read more
11 people found this helpful
Report abuse

A.Ward
5.0 out of 5 stars A little nostalgia
Reviewed in the United Kingdom on September 21, 2011
Verified Purchase
Yes, I can remember way back when.....this band and bands like it were our lives! Stranglely (?), in vinyl terms this was the only album I'd bought of the GD and had always remembered the music on the album. Finally decided to buy it on CD and it's just as good, though I prefer to remember Jerry Garcia as 'my' designer of ties!
Read more
2 people found this helpful
Report abuse