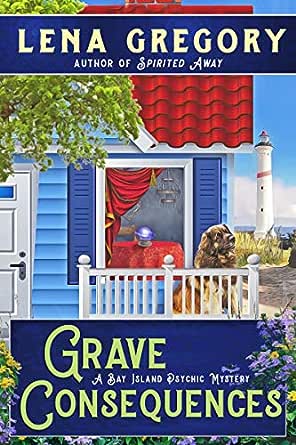 You've subscribed to A Bay Island Psychic Mystery! We will preorder your items within 24 hours of when they become available. When new books are released, we'll charge your default payment method for the lowest price available during the pre-order period.
Update your device or payment method, cancel individual pre-orders or your subscription at
Your Memberships & Subscriptions
There was an error. We were unable to process your subscription due to an error. Please refresh and try again. 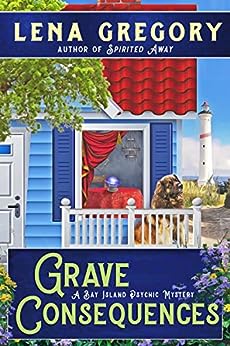 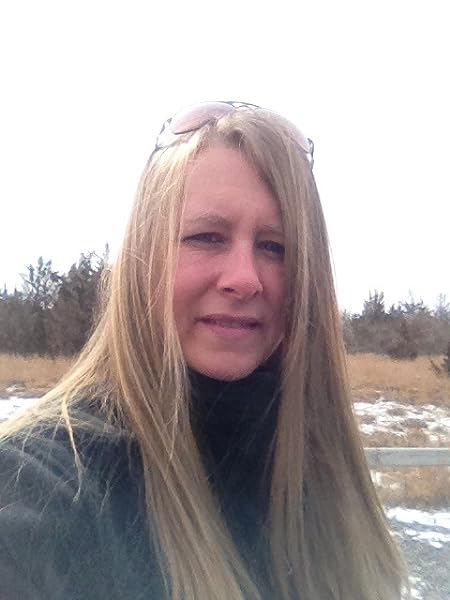 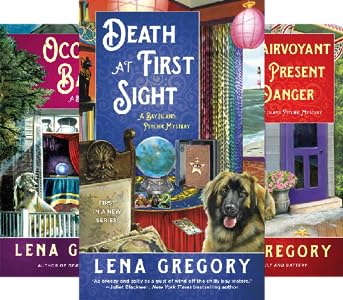 4.4 out of 5 stars
4.4 out of 5
37 customer ratings
How does Amazon calculate star ratings?
Amazon calculates a product’s star ratings based on a machine learned model instead of a raw data average. The model takes into account factors including the age of a rating, whether the ratings are from verified purchasers, and factors that establish reviewer trustworthiness.
Top Reviews

Darla T
5.0 out of 5 stars Wonderful Read
Reviewed in the United States on June 7, 2020
Verified Purchase
Stories are going around town about a ghost from centuries ago haunting the Bay Island lighthouse and searching for treasure. Cass is surrounded by voices who want to be heard but she can't separate them from each other. When the lighthouse keeper mysteriously falls to his death, rumors say that Cass spoke to him and named his killer pulling her into the investigation. There's a new woman in town with a mysterious past but she has something in common with Cass. Can she be trusted? Can Cass find the killer before she joins the dead?

I love this series and this book is a prime example of why. It's full of intrigue and mystery as you follow the twists and turns throughout the story. The relationships are well-done and the characters are wonderful. I'm eager for the next book. I highly recommend both book and series which I suggest you read in order.
Read more
Helpful
Comment Report abuse

Michelle Gross
5.0 out of 5 stars Must read!
Reviewed in the United States on July 1, 2020
Verified Purchase
This latest installment in the Bay Island Psychic series was a fantastic read. The characters are already feeling like old friends and the setting never fails to charm. The plot is very well-written, and the surprise ending was a real teaser! I can’t wait to find out what happens next!
Read more
Helpful
Comment Report abuse

Kindle Customer
5.0 out of 5 stars Grave Consequences
Reviewed in the United States on May 22, 2020
Verified Purchase
Oh what a great book and mystery !! I keep getting them !! It kept me on my toes and I felt like I was there !And I love Beast and the ending !! Can we please have some more Bay Island Psychic mysteries ??
Read more
Helpful
Comment Report abuse

Cass Donovan is reminded that you can’t believe everything you hear, especially when it comes from the dead . . .

When stories begin circulating of a centuries-old ghost haunting the Bay Island lighthouse, Cass is caught up in mystical happenings of her own, with countless voices from the beyond all clamoring for her attention with dire warnings. But before she has a chance to learn whether there’s a connection between the rumored ghost and her restless visitors, the lighthouse keeper mysteriously falls to his death, and Cass’s reputation for communing with the dead lands her right in the middle of the police investigation.

Cass knows the victim was no saint, as he made little effort to hide his philandering ways from his wife or anyone else, and often acted out with no thought for the feelings of others. But had he finally gone too far, or were there more menacing motives behind his murder? As Cass begins building a list of suspects, including the man’s supposedly grieving wife and a mysterious new woman in town, she also turns her ear to those otherworldly voices, hoping for a clue. And as she begins to close in on the culprit, she realizes too late that if she’s not careful, she’ll soon be communicating with the dead in person . . (Goodreads)

The characters are well developed and well rounded. I really like the friendship between Cass, Bee and Stephanie. They are such good friends and would do anything for each other. And I really like how dramatic Bee can be, he makes me laugh. The secondary characters in the book add a lot to the story.

The writing style flows smoothly and it defines the characters very clearly through their actions and words. The author is very talented in her descriptive writing and these descriptions pulled me into the story from the very beginning. I enjoyed the paranormal aspect of this book, and thought that Cass being able to communicate with the dead made it even more interesting. The mystery was well plotted and had enough clues to sift through and suspects to consider. The ending was very climatic and nerve racking.

I would recommend this book to anyone who enjoys a well crafted cozy mystery. And if you like paranormal cozy, give this book a try.

I voluntarily reviewed an ARC of this book provided by the publisher, Beyond The Page Publishing, and NetGalley, which I greatly appreciate.
Read more
Helpful
Comment Report abuse

A Cozy Cup of Murder
3.0 out of 5 stars Psychic voices aren't always worth listening to!
Reviewed in the United States on June 11, 2020
I received this ARC via Netgalley and Beyond the Page Publishing, in return for an honest review. While this is the fifth book in this series, it can be read as a standalone and is my first reading of the Bay Island Psychic Mystery series. Cass can hear voices of the dead. She runs a shop in a small coastal town, providing readings and select gifts such as candles, jewelry and other interesting things.
In this book, the voices in Cass’s head have reached a cacophony and she can’t decipher one from another. Aside from the impact on her business, it affects her ability to discern warnings from beyond. In this case, she goes to the local lighthouse with her two best friends, Bee and Stephanie. While there, she witnesses a local tour guide fall to his death. What isn’t clear is whether a shadow in the window is a living person or a dead one. Since the victim is not well liked because of his running around on his wife and general demeanor, it’s difficult to work up her sympathy for him. Still, she believes that her gifts are given to her for a purpose and she tries to help the local police solve the murder.
The book has several sub-plots, like Stephanie and her husband’s attempts to adopt a child, a new woman in town who seems able to calm the voices in Cassie’s head, and a search for pirate treasure that may or may not exist. There’s plenty to keep Cassie and the reader busy.
The author does a good job of clearly writing each character and setting the place and the scene. The perspective of a psychic who struggles with their gifts is an interesting one and lends a unique perspective to the story. One thing I struggled with, having no previous experience with the series, is the depiction of Bee. He’s written as a stereotypical ‘gay male’ to me. I don’t know if he is or not but the descriptions of his clothes, his efforts to be the town gossip, etc, really didn’t read well to me. I didn’t like the character which put me off the story, particularly because he is in so much of it.
Read more
Helpful
Comment Report abuse
See all reviews from the United States