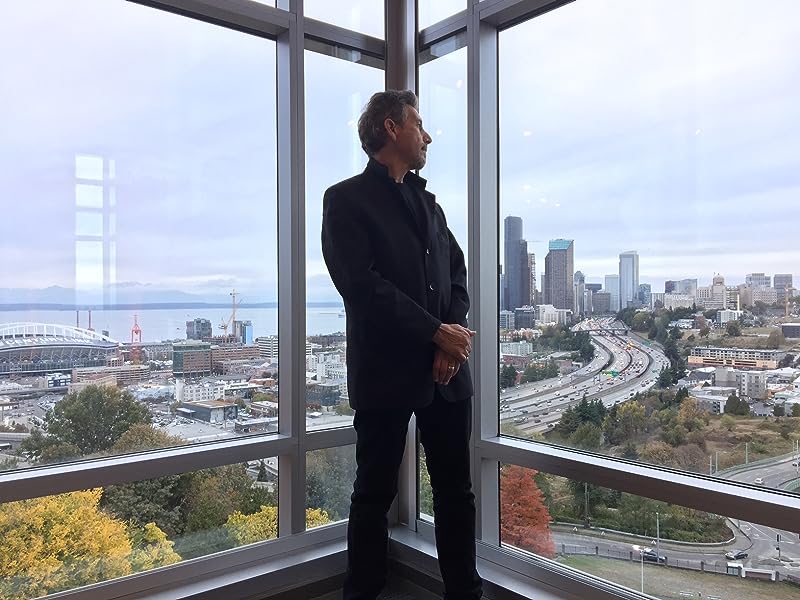 For many years, Joe Giorello has taught a middle-grade class "Great Battles for Boys" in the Seattle area. This best-selling history series is based on that popular class. For more information, go to www.greatbattlesforboys.com
Start reading on your Kindle in under a minute.

4.6 out of 5 stars
4.6 out of 5
188 customer ratings
How does Amazon calculate star ratings?
Amazon calculates a product’s star ratings based on a machine learned model instead of a raw data average. The model takes into account factors including the age of a rating, whether the ratings are from verified purchasers, and factors that establish reviewer trustworthiness.
Top reviews

Mo H.
2.0 out of 5 stars SLOPPY "HISTORY"
Reviewed in the United States on July 29, 2018
Verified Purchase
This book is written too simply for my 10-year old, but its worse failing is too many historical errors. I am sure it was not edited by a historian before it was published. There are many more accurate books for your children, so I do not recommend this one.
Read more
37 people found this helpful
Helpful
Comment Report abuse

Sarah
5.0 out of 5 stars FINALLY!
Reviewed in the United States on October 3, 2019
Verified Purchase
I was pleased to finally find an historical series written for young boys that neither "cartoonizes" war nor adopts a satirical, demeaning tone. Rather, these books depict the true sacrifices of the men involved in these conflicts. The facts are the facts. There is no politically correct hogwash clouding the child's view of the event. These are more mature historical articles about pivotal events no longer discussed in our public school! These books glorify the ideals scrapped by post-modernists -- bravery, chivalry, and heroism -- ideals that once defined masculinity and limited its so-called "toxicity." As a mother raising masculine gentlemen, I will continue purchasing these fine books! Thanks, Mr. Giorello! Keep writing!
Read more
13 people found this helpful
Helpful
Comment Report abuse

Paix
5.0 out of 5 stars He asks to read these books on his own!
Reviewed in the United States on November 18, 2018
Verified Purchase
My 12 year old is an excellent reader, but that doesn't necessarily equate to an enthusiastic reader. But I got the whole Battles For Boys series, and he actually asks if he can read them without my prompting. I even enjoy them. Wonderful collection of important facts about the battles that have shaped our history. And because they are Kindle, we can dip into the text whenever and wherever we go.
Read more
6 people found this helpful
Helpful
Comment Report abuse

E.E.S.
2.0 out of 5 stars Disappointing!
Reviewed in the United States on September 9, 2019
Verified Purchase
A very disappointing book, unattractive format with small, black and white, sometimes blurry illustrations. This should have been an exciting book. There is so much material available. This will not attract young readers. Only the cover is visually exciting and does not represent the content.
Read more

Tamera Alexander
5.0 out of 5 stars Great reading, with lots of resources
Reviewed in the United States on January 24, 2015
Verified Purchase
Great reading, with lots of resources such as more books to read on each battle/leader, and movies for the whole family to watch together.
If you have sons or grandsons who love to read—or who don’t love to read but who will be swept up by real history—check this out. In many schools these days, students aren’t being taught about the individual battles and struggles of our nation’s history, including Gettysburg.
These books allow kids to click on the links, so they can actually hear Churchill himself giving his mighty WW2 speeches, or watching a B17 take off, etc. Here’s to boys—and GIRLS!—reading history, if for no other reason, so we're not condemned to repeat it.

Bruce Judisch
5.0 out of 5 stars Concise, well researched and objective; a great homeschool resource
Reviewed in the United States on July 27, 2014
Verified Purchase
This is a great read; sufficiently detailed to be worth the time spent, but not so bogged down in minutia that you find yourself wondering how long the chapter is going to go on and glancing ahead to see if it ends with a quiz. Particularly notable is the prose: flowing, easy to read, a comfortable narrative. You get a sense of the author relaxed in an easy chair, his audience gathered about, attentive ears regaled with true tales of valor, intrigue, and conquest. But you will find no glorification of war between these covers; rather a well-balanced rendering of man at his best within his worst.

“Great Battles” is well researched, factual, and untainted with retroactive speculation and subjective parochialism that pervade some of today’s ‘historical’ accounts. In short, a valuable addition to any homeschool or military historian’s library; highly recommended.

Cass Wessel
4.0 out of 5 stars Good Resource
Reviewed in the United States on March 13, 2016
Verified Purchase
A good book to use for home schooling or to supplement private or public schooling. Also an interesting refresher course for anyone wanting to be reminded of the sacrifices made for freedom. Indeed, our freedom cost a great number of lives throughout history. The best part was the many links to websites offering further information. Wish we'd had resources like this when I was a kid in school. I read this book in the Kindle edition.
Read more
11 people found this helpful
Helpful
Comment Report abuse

Kathy Dobyns
5.0 out of 5 stars Men at War
Reviewed in the United States on February 3, 2015
Verified Purchase
This was a great book of information written so young boys and girls could understand that many battles men fought to make America an independent nation were successful. Some lost their lives, and many were permanently wounded in each battle and war, but all felt they wanted and needed to to do whatever they could for the cause.
I liked that the author wrote in as simple words as possible so children would find this easy to read, and yet worth their time to learn details not necessarily found in history text books.
I gave it five stars for all the references included in each chapter so further reading on each war may be readily found.
Read more
6 people found this helpful
Helpful
Comment Report abuse
See all reviews from the United States

Page 1 of 1 Start overPage 1 of 1
This shopping feature will continue to load items when the Enter key is pressed. In order to navigate out of this carousel please use your heading shortcut key to navigate to the next or previous heading.
Back
Next
Pages with related products. See and discover other items: history for kids, rush. limbaugh, rush revere books