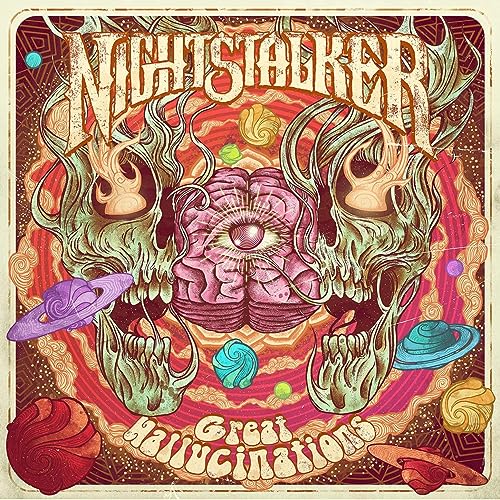 Nightstalker
October 4, 2019
4.8 out of 5 stars 18 ratings
See all 4 formats and editions Hide other formats and editions
Buy the Vinyl album for $34.33 and get the MP3 version for FREE.&nbspCD album ships from and sold by Amazon.com. Terms and Conditions. Does not apply to gift orders. Complete your purchase of the CD album to save the MP3 version to your Music Library.

Listen Now
Buy MP3 Album $7.92
Your Amazon Music account is currently associated with a different marketplace. To enjoy Prime Music, go to Your Music Library and transfer your account to Amazon.com (US).

zonian79
5.0 out of 5 stars Rocks
Reviewed in the United States on November 21, 2019
Verified Purchase
This CD renews my faith in the salvation of rock from the grips of corporate crap.
Read more
Helpful
Report abuse
See all reviews

Allan McDigger
5.0 out of 5 stars These Guys Really Know How To Groove.
Reviewed in the United Kingdom on September 6, 2020
Verified Purchase
I had previously bought their Dead Rock Commandos album and was really happy with the whole album, so the natural progression was to buy another of their albums and I chose this one, just as happy as with the first album.

These guys really know their business and all four members of the band pull together and share the load equally, OK he may not be the best rock singer known to man, but he has his own unique niche style which suits the music very well.

I usually listen to classical music when I am driving, but if I want an album to sing along while driving, with some fabulous catchy chorus lyrics, then I know of no better than Nightstakler.
Read more
Report abuse