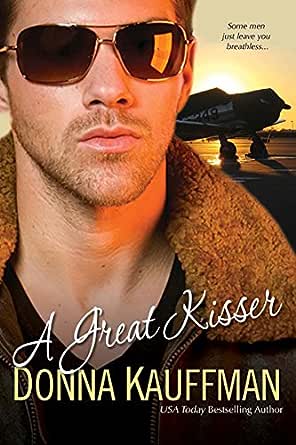 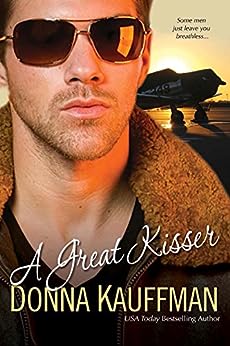 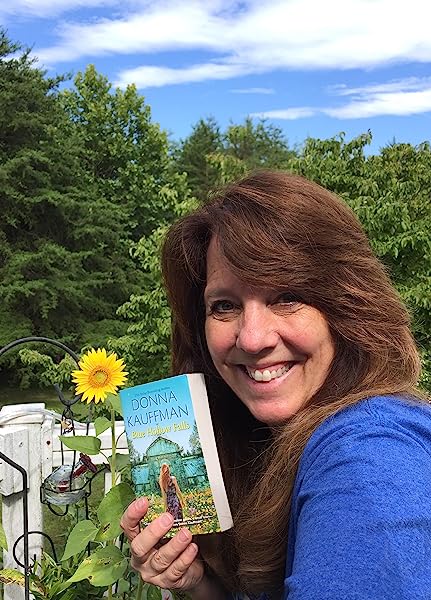 Kauffman's bland latest sends a D.C. workaholic to a cozy Colorado resort town to find sex and intrigue. When Lauren Matthews arrives in Cedar Springs, she is eager to learn about her mother's impulsive marriage to Mayor Arlen Thompson. Surprisingly for her, if not the reader, she also hooks up with sexy pilot Jake, and a whirlwind romance ensues. Romantic thrillers also require villains, and Kauffman tries to create one in Arlen, but he's never given a chance to be very villainous, while his marriage to Lauren's mother doesn't contain even a modicum of believability. Jake, meanwhile, fills the role as the affable hero. There are hints of menace, but the payoff isn't there. (Nov.)
Copyright © Reed Business Information, a division of Reed Elsevier Inc. All rights reserved. --This text refers to an out of print or unavailable edition of this title.

"* "Donna Kauffman writes smart and sexy, with sizzle to spare!" (Janet Evanovich). Now the USA Today bestselling author takes readers for a fun, sexy ride, with a gorgeous pilot who knows how to leave any woman breathless." --This text refers to an out of print or unavailable edition of this title.

USA Today bestselling and award winning author DONNA KAUFFMAN has seen her books reviewed in venues ranging from Kirkus Reviews and Library Journal to Entertainment Weekly and Cosmopolitan. She lives just outside of DC in the lovely Virginia countryside, where she is presently keeping stock in all things flour, eggs & butter for her hands-on research for the Cupcake Club series. (So far she's been more Lucy than Martha in the kitchen!) To read all about her (mis)adventures in baking--and get some really great cupcake recipes while you're at it!--visit her at cakesbythecupblog.com. When she's not covered in powdered sugar or greeting the local firemen at her door (again) she loves to hear from readers! You can contact her through her regular website at donnakauffman.com.

2.9 out of 5 stars
2.9 out of 5
11 global ratings
How are ratings calculated?
To calculate the overall star rating and percentage breakdown by star, we don’t use a simple average. Instead, our system considers things like how recent a review is and if the reviewer bought the item on Amazon. It also analyzes reviews to verify trustworthiness.
Top reviews

Cathryn M.
1.0 out of 5 stars Expected more from Donna Kauffman
Reviewed in the United States on February 8, 2010
Verified Purchase
I have read other novels from Donna Kauffman and loved them (The Great Scot, Bad Boys In Kilts, Black Sheep and the Princess).

However, I found this book wearisome at best. The dialogue overpowered the book--literally took forever to get through. I would have preferred more narrator input. And the continual rehashing of the mother/daughter relationship was painful. It seems as though the author had to go over that relationship again and again and again to fill the pages--any (every) woman got it the first time!

I found the heroine to be annoying, whiny, and a bit stupid (why were you not at all worried when strangers were entering your hotel room and depositing/rearranging your belongings? And admitting to being oversexed? Hello?!?)

I very much liked the hero, but did not at all see what he did in Lauren Matthews. Or was it Mathews? So many misspellings, grammatical, and punctuation errors in this book I was distracted. Bottom line, I couldn't tell if this was a romance novel, or the author's first attempt at a mystery. Either way, poorly done.

--Disappointed in Colorado (P.S. Cedar Springs is not a real town in Colorado, but rather a rehab facility).

Cst
3.0 out of 5 stars Boring
Reviewed in the United States on August 25, 2011
Verified Purchase
Not as hot as other books. Not much action. Just average. Disappointing from this author. Other books were much better.
Read more
One person found this helpful
Helpful
Report abuse

Susan Frank
5.0 out of 5 stars Loved it
Reviewed in the United States on March 2, 2016
Very good book with a good romance and a touch of suspense. Jake is a pilot/flight school owner who enjoys his bachelor status and handles his younger sister's dramatics on a regular basis. He's not too thrilled with her when she begs him to take her boss, the mayor's, stepdaughter out and show her around. He's too busy getting his WW2 fighter plane ready for a big race. But he gives in to his sister's pleas and discovers that the visitor is nothing like what he expected.

Lauren was heavily involved in her job as an aide to a Washington DC senator until her widowed mother eloped with a small town Colorado mayor. After six months of strained relations with her mom, Lauren has come to Cedar Springs to see what is really going on. She's also trying to figure out what she wants to do now that she has quit working for the senator. Jake is a distraction she really doesn't need, but a temptation too big to resist.

I loved the immediate connection between Jake and Lauren. Though she isn't his usual type, there is something about Lauren that grabs his attention and won't let go. It was pretty sweet to see the way that he went from "hell no" to "hell yes". Their conversation on the way from the airport to Cedar Springs was a beautiful example of getting to know each other. I loved Lauren's obvious interest in Jake and hearing about his plane and the racing and so on. Something about him must have also made her willing to trust him because she told him about quitting her job.

I liked Lauren's concern about her mother and how she is upset over their estrangement. She really wants to repair their relationship, but she's also worried because her mother's actions were so unlike the woman she knows. It was really wonderful to see the two of them talk honestly with each other. Lauren saw a different side to her mom and her mom was able to share her new outlook with Lauren. However, Lauren's acceptance of her mom's happiness didn't change her own feelings about the mayor.

I really enjoyed the development of the relationship between Jake and Lauren. Their quick connection shows them both that there is something there worth pursuing. Though Jake tries to pretend that he's a tough macho kind of dude, it's easy to see that there is a really romantic center to him. Likewise, Lauren has always been a city girl, and one who is big on planning out direction she wants her life to go. But starting with quitting her job, then deciding to run with her growing feelings for Jake, she discovers a joy to spontaneity. One of the things I loved most about the two of them was their willingness to talk honestly with each other. Their one brush with Jake holding back because of a promise made to his sister is dealt with pretty quickly because they don't resort to hurt feelings and silent treatments. I also enjoyed the increasing attraction between them as they indulge in steamy kisses and building tension.

One of the things that brought Jake and Lauren together was her investigation of the mayor. Jake has his own, similar, opinion of the man and he is more than willing to be Lauren's sounding board and assistant. There are a couple really great scenes where he serves as a distraction so that she can get information that she needs. As Lauren delves deeper into the mayor's background it becomes obvious that she was right to be concerned. Information from Jake's sister sets both Jake and Lauren onto new leads. Some really strange occurrences that seem harmless when looked at separately don't seem so when a possible link is discovered. The final confrontation was pretty intense, as Lauren ends up in some serious danger, but keeping her cool helps bring it to a satisfactory end. Jake plays a significant part in the resolution, as do his sister and Lauren's mom. One of the players was not a surprise, but the other hadn't been on my radar until near the end.

The epilogue was really great as Jake finally gets to race his plane and Ruby Jean embarks on a new direction for her career. With the mayor's unexpected exit from his post, his job is now vacant. I loved the twist involving his replacement, as I really didn't see that one coming. It was the perfect solution.

There were a few places where the story seemed to drag a little, but not enough to reduce my enjoyment of the book. Overall, I was hooked and unable to put it down until I finished it.
Read more
Helpful
Report abuse

Book lover -Philadelphia
1.0 out of 5 stars Does Donna think she is Charles Dickens?
Reviewed in the United States on February 1, 2012
I've read other books by this author so I approached this one with a positive attitude but soon discovered that it was way, way too wordy. Somewhere in all of those reflections and all that redundancy is a not-bad story but it was impossible to read every word of this overlong and overdone book. Perhaps Kauffman was paid by the word, like Charles Dickens, and that explains the length of the book....Or maybe this publisher needed more length to justify the more expensive trade version......It's too bad because the hero/pilot was an interesting character. The heroine, not so much, since her back story in Washington, D.C., made no sense. She worked for a senator, picked up his dry cleaning, made his coffee - and she is a lawyer??? This strains credulity on all levels. And I haven't even mentioned the loose threads involved in the story of her mother's marriage, although it is a main plot point.

Not recommended at all.
Read more
2 people found this helpful
Helpful
Report abuse

The mayor's personal assistant Ruby Jean demands (by crying) her brother Jake McKenna escort her boss' stepdaughter around town. Jake reluctantly agrees although he prefers fixing planes. However as they soar in love, someone is doing things to drive her out of town. Already disconcerted by her mother's sudden marriage, Lauren wonders who and why.

Mindful of Matthew Broderick's Out on a Limb, A GREAT KISSER is an enjoyable romantic suspense with the accent on the love subplot as the mystery never quite gels because the villain never quite seems felonious. Jake is fun as the reluctant hero while Lauren is the outsider causing trouble for townsfolk with her need to know why the mayor married her mom because she doubts his sincerity as a spouse or a politician. Fans preferring contemporary romances with a touch of suspense will enjoy Donna Kauffman's Rocky Mountain tale.