You've subscribed to Greater Than a Tourist California! We will preorder your items within 24 hours of when they become available. When new books are released, we'll charge your default payment method for the lowest price available during the pre-order period.
Update your device or payment method, cancel individual pre-orders or your subscription at
Your Memberships & Subscriptions
There was an error. We were unable to process your subscription due to an error. Please refresh and try again. 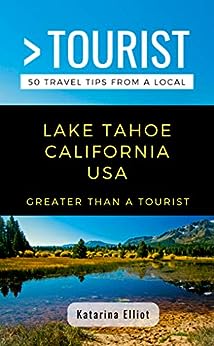 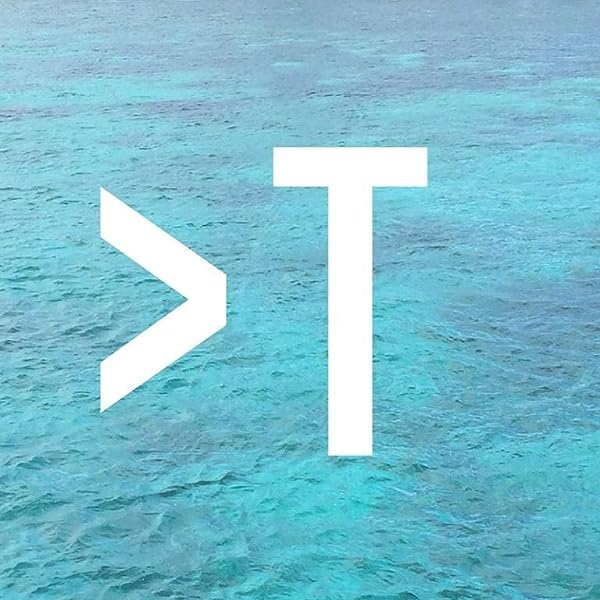 Greater Than a Tourist 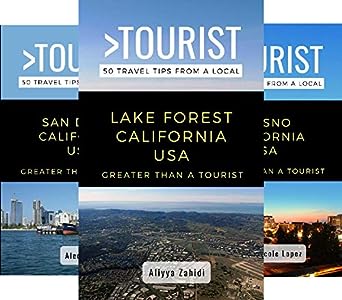 HOW TO USE THIS BOOK

The Greater Than a Tourist book series was writtenby someone who has lived in an area for over three months. The goal of thisbook is to help travelers either dream or experience different locations byproviding opinions from a local. The author has made suggestions based on theirown experiences. Please do your own research before traveling to the area incase the suggested places are unavailable.

Katarina is a TV producer who lives in California. She loves to play piano, read, and spend time at the beach. She grew up visiting her family in Lake Tahoe since she was born.Katarina also loves to travel...

2.0 out of 5 stars
2 out of 5
5 global ratings
How are ratings calculated?
To calculate the overall star rating and percentage breakdown by star, we don’t use a simple average. Instead, our system considers things like how recent a review is and if the reviewer bought the item on Amazon. It also analyzes reviews to verify trustworthiness.
Top reviews

Beer Lady
4.0 out of 5 stars OVERVIEW of things to do in Tahoe.
Reviewed in the United States on September 5, 2019
Verified Purchase
Great overview of the Tahoe area. Not the book you are looking for hotel and restaurant info, but great as a local guide overview.

It really does not cover much info for visiting in fall.

eric
1.0 out of 5 stars Lacking in information
Reviewed in the United States on September 28, 2019
Verified Purchase
Completely useless. One would think it was written by a third grader recounting memories of her winter/summer vacations; but, there are too many misspellings and grammatical errors. The reader will learn almost nothing about the region; packing a picnic to the beach is hardly an insider tip.
Read more
Helpful
Report abuse

Jamie Bee
TOP 50 REVIEWER
1.0 out of 5 stars Poorly Organized Set of Travel Tips
Reviewed in the United States on September 20, 2019
I enjoy traveling, and I am familiar with the Lake Tahoe area because we went there quite often when I was a child. I will admit it has been some time since I have been there. While I did like the tips themselves given by someone who knows the area, I thought the book lacked organization, was too short to be genuinely of much help, and was flawed in its basic design.

In terms of organization, there truly is none. This is a pamphlet of 50 random tips. Some are on similar ideas, so it would make sense to group them together. For instance, there are several tips about skiing or what to do in the snow. These would have been great to group together. Instead, there are some at the beginning, and one sneaks it at the end. This book could have been organized in so many different ways: by season, by activity, indoor versus outdoor, things to do in Tahoe itself versus things to do in other cities and towns, etc. To me, too, it felt like there was a bit of cheating to inflate the numbers. For instance, the “castle” of Tahoe is actually given two tips out of the 50, the hidden castle and learning about the castle; those certainly could have been combined into one tip! I also thought that some tips should be grouped together into one recommendation, like all the breweries in a particular town or area. This would have given more space for other tips, of which I know there has to be many because there is so much to do in and around the Tahoe area

The book is shorter than you might think from its number of pages. The text of the tips starts around the 15% mark and actually stops at the 63% point; the rest is a “bonus book” that purports to be about traveling light, but it is more about packing in general and some trip prep. So, only about half of the book is tips about Tahoe.

To me, there is an inherent flaw in the design of this book. Namely, it really revolves just around these 50 poorly organized tips. There's a very brief opening paragraph, but that is the extent of the “orientation” you get to the area. So I found it lacking a true orientation to the area, which I think is really necessary for a book like this. Luckily, I know the area because I have visited it so many times, but I can imagine that a tourist from another state or country might find themselves scratching their heads while trying to read this book. If the tips had been organized, they could have had header sections that described more generalities about the combined topics before diving into the details. Orienting, overarching information grounds the reader so he or she can better take in the information.

The book doesn’t have any pictures of the area. I think photos are an essential part of any travel book. Armchair travelers like to imagine the places they read about, perhaps envisioning themselves there; photographs scratch that itch.

The book, or at least the ARC version of the book I received, is full of issues with grammar, punctuation, usage, and formatting. In one of the first tips, Tahoe itself was not capitalized! There were other issues with capitalization and spelling, even of some business names. I'm hoping this has been cleared up for publication. The most crucial mistakes were made after the 10% mark, so I cannot check on Amazon to see if these have been corrected.

I wanted to like this book because I am fascinated by the idea of the series, learning more about a place from a local. (And arguably, the author of this book may not be considered a local as she is not a permanent resident.) I am mostly an armchair traveler who does travel on occasion. I was hoping to find a series that I could count on for cool information about other places I might travel. But I do not think that these books, if this is a fair sample, would serve that function. Unless you have other books or information about the areas covered in this series, you would most likely find yourself more confused than enlightened by reading this book.

I received a free copy of this book, but that did not affect my review--obviously!
Read more
Helpful
Report abuse

K. Zollinger
1.0 out of 5 stars Find a better book.
Reviewed in the United States on December 25, 2019
I don’t think anyone actually read or edited this book before printing. So many misspellings makes it hard to believe any of the tips are legitimate. It’s also very short. Half the book contains basic travel tips for inexperienced travelers not specific to Lake Tahoe. Find a different book.
Read more
Helpful
Report abuse
See all reviews
Back to top
Get to Know Us
Make Money with Us
Amazon Payment Products
Let Us Help You
EnglishChoose a language for shopping. United StatesChoose a country/region for shopping.
© 1996-2021, Amazon.com, Inc. or its affiliates