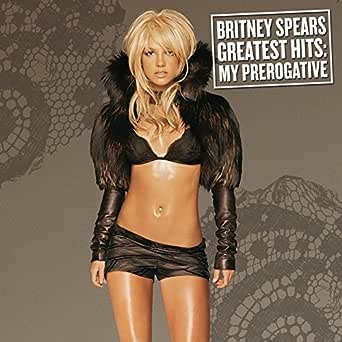 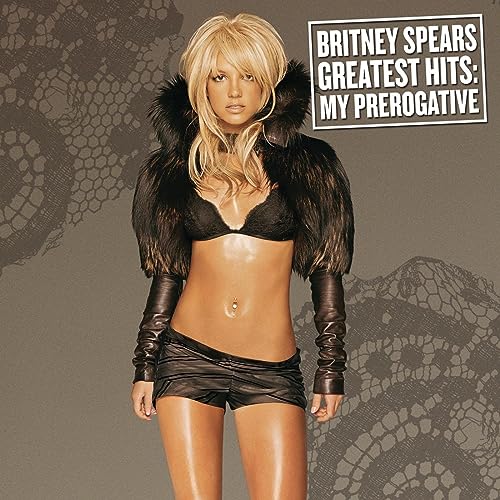 Britney Spears
November 23, 2009
4.2 out of 5 stars 502 ratings
Start your 30-day free trial of Unlimited to listen to this album plus tens of millions more songs. Exclusive Prime pricing.
See all 18 formats and editions Hide other formats and editions

Gabriel
5.0 out of 5 stars The Classics. Period.
May 10, 2019
Format: Audio CDVerified Purchase
I am very much a bigger fan of Miss Spears ''Grown up'' music, Blackout and beyond, but her older songs are timeless and will be forever enjoyable, this collection gives you exactly that, her ''best of'' her early work, while giving you a glimpse of what's to come with the couple of new tracks. I recommend this over The Singles Collection, cause you really wanna listen to Blackout (and maybe Circus too, depends how your taste is) in it's entirety.

The only missing songs are Anticipating and Breathe On Me, i understand they weren't hits, but easily some of her best songs from back then.

P. Perkins
4.0 out of 5 stars Never a Britney fan, but impressed by the sound
March 1, 2013
Format: MP3 MusicVerified Purchase
I picked this up because, first, Amazon had the mp3 on sale for real cheap, and second, Richard Thomson once did a brilliant solo acoustic cover of "Did It Again" in an interview I heard. Mostly when the name came up around me it was someone citing her career as somehow being example number 1 of what was wrong with the music biz. What I hear in these songs is that a lot of time and talent went into the sound, the production if you will. It's really smooth and has a lot of interesting musical bits all fit together perfectly. It's only in the few slow numbers where things break down for me, like it's trying to make me think it's gotten all moody and confessional and I don't believe it for a moment. But the next song will be another celebration of dancing and flirting and making out and we can forget about all those troublesome real feelings again, and surely there is a time and place for that.
Read more
2 people found this helpful
Helpful
Comment Report abuse

Antoine D. Reid
VINE VOICE
4.0 out of 5 stars Britney's "Greatest" Singles Collection
November 12, 2004
Format: Audio CDVerified Purchase
After listening to this CD, I realized that this was more of a collection of some of Britney Spears' greatest singles than it was greatest hits. If it were just focused on her greatest hits, all of her songs would have found a place on this CD in some way. Missing are "From the Bottom of my Broken Heart," "Don't Let Me Be the Last to Know," "Born to Make You Happy," and "I Love Rock and Roll." The odd thing is that they are included on the "Greatest Hits" overseas, where they were all released as singles. The U.S. version of this album, in my opinion, was cheated out of at least one or two more songs.

The "limited edition" bonus CD seemed a little out of place as well. Instead of getting a sampling of her entire career, most of the songs chosen are from her "In the Zone" era. I would have liked to have had a remix of "Oops!... I did it Again" or "Baby One More Time," or perhaps even "I'm A Slave 4 U." Instead, the remixes included are for the songs "Everytime," "Outrageous," "Toxic," and the unexpected one, "Breathe on Me." The good news is that these are said to have never been released before and all are above average in quality. There is also a "Megamix" by Chris Cox that does span the entire 5 year career thus far but seems almost too short.

Those are really my only complaints about the CD. What I really enjoyed is that all the tracks sound better than ever. Some of these may have been remastered and even if some just went back and did a touch-up on some of the vocals and background beats, it make a world of a difference and enhances the sound. I am glad that someone decided to include the video-version of some of the songs. For "Sometimes" it is the (Stop! Remix) that made me wonder why we didn't get that sort of quality on the first CD. Finally we have the "Darkchild" remix of "Overprotected" even if it is only the Radio Edit. I couldn't tell much of a difference though.

As for new songs, there's the given, "My Prerogative" that sounds more like a statement being made than a controversial song it was marked up to be. Spears did say she was planning on taking two or so years off of her career to deal with her life and family. She plans to return and reivent herself and her sound (Madonna's influence perhaps?). "Do Something" makes me wonder if this is the new direction she wants to take. It's a great song! I was surprised by how different it sounded. If you didn't know it was Britney singing it'd be easy to mistake it for a Gwyen Stefani track. The vocals are very different and the sound is very fresh, nothing like it is really out there. She also curses in it (the F word can be picked out). This is definately a break for Spears who seems to stay "in the safe zone" for the most part. "I've Just Begun (Having My Fun)" was a favorite track from the "In the Zone" era that didn't get put on the CD but was offered as an extra or download from many places. It definately is a great song and it was a hit on the Internet for Spears. "Outrageous" was a fun inclusion as well since it has to be one of Spears' more interesting and catchy tracks. It was produced by drama king R. Kelly after all, what would you expect?

This CD is fun and even with it being so short compared to other countries' releases, I'd still recommend it. It'd be a nice gift for a fan or for someone who's been interested in Britney Spears or the pop scene. Not all the songs on here can be considered "pop" in my opinion but this is a good sampling or start for someone trying to get into Britney's music.

Daniel W. Kelly
5.0 out of 5 stars the track listing isn't exact on Bonus Disc. SURPRISES...
December 6, 2004
Format: Audio CDVerified Purchase
The main disc is just as listed here with the extra tracks not on the US edition, but I ordered this version due to the different tracks on the bonus CD. I got some surprises. Here is the breakdown:

1. Toxic (armand van helden remix)--The disc's case calls this the "edit" but it is indeed the full 9 minute and 34 second version found on the US 12" single, not the 6 and a half minute edit found on the US bonus disc.

2. Everytime--the track listing is WRONG here on Amazon. This is not a Valentin mix. it's the same hi-bias radio edit from the US edition.

5. Stronger(miguel mig's vocal mix)--this boring 6 and a half minute version is on the US CD single for this song.

7. Chris Cox megamix--same 5 minute version as on the US bonus CD.

Hope this helps all the collectors. It's worth it for Tracks 1 and 6 on CD, I'd say.

Tyler
5.0 out of 5 stars One of the best CDs ever!
July 2, 2012
Format: Audio CDVerified Purchase
If you like pop music, you will love Britney's greatest hits. This Cd has something to offer to everyone. From the club-like fun tracks like Toxic, My Prerogative, and I'm a Slave 4 U to the songs with deep meaning such as Everytime, Lucky, Stronger, and Overprotected to the Early Britney bubblegum pop tracks such as Oops!... I Did It Again and Baby One More Time. These songs all have very relatable meanings and each are put into a brilliant pop song. Even if you don't like Britney, You'll love her greatest hits. If you like pop music, then this is a must have. You haven't heard the best of pop until you've heard every song on this album.
Read more
3 people found this helpful
Helpful
Comment Report abuse
There are 487 customer reviews and 502 customer ratings.
See all 487 customer reviews
Write a customer review