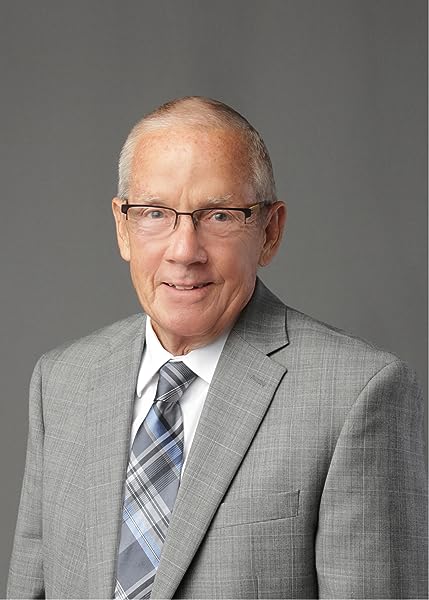 4.3 out of 5 stars
4.3 out of 5
38 global ratings
How are ratings calculated?
To calculate the overall star rating and percentage breakdown by star, we don’t use a simple average. Instead, our system considers things like how recent a review is and if the reviewer bought the item on Amazon. It also analyzes reviews to verify trustworthiness.

Dennis Jensen
4.0 out of 5 stars But why did they ruin the images?
Reviewed in the United States on July 23, 2015
Verified Purchase
I purchased the 1979 Harper edition of this book probably in the 80's, started studying it a few years later, and then gave it up when too many other obligations demanded my time. Then a few years ago I started studying Greek again. But the old book just wouldn't hold up. I finally got tired taping pages together with clear packing tape. So I bought the larger Xulon edition. The larger print makes it easier to use, but I wish to heaven they wouldn't have tried to change the original line drawings. Maybe someone colored them and then they reproduced the colored drawings as gray-scales into the new book. Whatever they did, it didn't work and many of the drawings are very difficult to see. The dark grays and (intended) lighter grays often blend together as all dark gray and obscure much of the line drawings. This is significant because the drawings help the student to visualize information to be memorized. I may end up cutting out some of the images from my old book and pasting them into the new one.

Other than that, this is a great book for helping students to learn Koine Greek. Using visual images has certainly helped me to do so. The old rote memorization just doesn't work for me. Learning a language is the hardest thing I can do under the old methods.

Addendum: Lest I gave the wrong impression in my previous review, the images in the Xulon edition can be seen and followed. They're just a little more difficult to see and I wish they would correct this for future editions. So the book is well worth purchasing.

Yes, (re "blackjack's" review) you should probably buy the translation of the end-of-chapter assignments from the authors website. That is a drawback and a needless expense. These should have been included at the end of the book.

But I think blackjack is incorrect in claiming that this is the "worst kind of memorization-without-comprehension." One can read the text to understand the grammar and then use the memory techniques to keep that understanding.

One other thing. Do definitely buy the vocabulary memorization cards. I think they are only available at the author's web site. Whatever anyone says, we need to learn vocabulary. They aren't as nicely printed as Mounce's, but they have some great drawings to help learn the words.
Read more
One person found this helpful
Helpful
Report abuse

Matt Carter
5.0 out of 5 stars Creative teaching methods work for many who have trouble with Greek
Reviewed in the United States on February 11, 2015
Verified Purchase
This creative approach to learning New Testament Greek won't work for everyone, but if it speaks your language it is terrific. The Story's use images and goofy sentences to help you remember paradigms and vocabulary. Also, compared to some elementary Greek programs, you are translating fairly long (simplified) portions of the New Testament at an early stage of your learning process (rather than just translating unconnected sentences).

I'm not a visual learner, but the sentences connected to the images were what really helped me. I used this text as a student 20 years ago and still remember some of the vocab by the sentences (I raise up an egg arrow!).
Read more
One person found this helpful
Helpful
Report abuse

HOWARD M MERKEN
4.0 out of 5 stars A Good Supplement for Beginners
Reviewed in the United States on July 1, 2004
Verified Purchase
I am using this book now as a supplement to Mounce's text, The Basics of Biblical Greek Grammar. I find that using both books beats using one or the other. Story's text is simpler and more inductive. Mounce claims his approach is a mixture of inductive and deductive methodology, but I don't see enough inductive practice in his book. Mounce's translation exercises are generally out of the New Testament, Septuagint, and church fathers, with a few shorter sentences or phrases at the beginning of each chapter of exercises. I like as an inductive approach as possible. I learned Hebrew much more inductively, starting in Hebrew school in my elementary school years with Hebrew primers that were like the old Dick, Jane, and Sally books we used in public school.

We still need a really inductive approach to Greek. Come on, people spoke these languages before they were old enough to understand the writings. As Story has more made-up phrases and sentences than does Mounce, I find Story a good supplement to Mounce.

I bought the paperback copy after looking at a hardback copy borrowed from a library. The paperback has larger pages and larger font, which is important for a language with accent and breathing marks.

The pictures seem for the most part silly. Then again, I already know case, gender, and number, as I have had several languages already.
Read more
20 people found this helpful
Helpful
Report abuse

D. Christopoulos
5.0 out of 5 stars STELLAR Curriculum!
Reviewed in the United States on August 16, 2018
Verified Purchase
I have attended at least several seminaries, East to West coasts, and sat in on classes at Yale Divinity School while working and studying there. After being actively involved in at least four Greek textbook curriculums, I can attest that Lyle Story has the very best Koine Greek textbook available. Very accessible and inviting, and from the start I loved the inclusion of 'reading' while also learning the grammar and vocabulary. I highly recommend this textbook. Debb Christopoulos, MTS.
Read more
Helpful
Report abuse

Phyllis Y.
5.0 out of 5 stars fun learning
Reviewed in the United States on March 12, 2014
Verified Purchase
if you are a visual or artistic learner where you learn by pictures you will enjoy this book. it a great resource to have alongside your other books as this makes it fun and entertaining at the same time giving you a good foundation.
Read more
One person found this helpful
Helpful
Report abuse

Pete
4.0 out of 5 stars Greek To Me
Reviewed in the United States on July 4, 2012
Verified Purchase
I am enjoying learning New Testament Greek this way. I never thought that learning a language could be so hard,but made so fun.I found that learning the "new" alphabet isn't as hard as I thought it would be. I recomend this book for any new learner of this language.
Read more
One person found this helpful
Helpful
Report abuse
See all reviews

Page 1 of 1 Start overPage 1 of 1
Previous page
Next page
Pages with related products. See and discover other items: ancient greek language, greek language learning, greek language, teaching greek
Back to top
Get to Know Us
Make Money with Us
Amazon Payment Products
Let Us Help You
EnglishChoose a language for shopping. United StatesChoose a country/region for shopping.
© 1996-2021, Amazon.com, Inc. or its affiliates