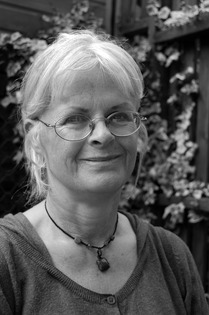 by Lynne Ellison (Author)
2.8 out of 5 stars 14 ratings
See all formats and editions
Sorry, there was a problem loading this page. Try again.
Karen is playing on the beach when she finds an ancient mirror buried in the sand. She looks into it, and is transported back in time to the Roman empire. Finding herself a slave, she faces many hair-raising adventures in her struggle to return to her own time.

This Long-lost work of young adult Roman fantasy/ historical fiction in the great tradition of Rosemary Sutcliff, first published in 1966 and since out of print, has been reprinted in a new paperback edition with BRAND-NEW illustrations by Philip Smiley.

At the time of writing the book I was a dreamy, bookish teenager whose favourite reading material was historical novels, the longer ago the better, and Lord of the Rings. I wasn't needing to work very hard at school so some of it was written at the back of the class while listening with half an ear to the lesson. Subsequently real life took over in the form of A-levels, uni, earning a living and, later, having children; so I haven't thought much about writing since. I had consigned The Green Bronze Mirror to the dustbin of history, in fact; so was amazed to receive a letter out of the blue from an Oxford publisher I'd never met, saying he was interested in re-issuing it. I'm pleased with the new edition, particularly as it has pictures. The first version didn't, which was a shame. I have had a number of different jobs, including running riding holidays in the Scottish borders, teaching English to foreigners, a logistics-type job in a computer firm, and nowadays I'm a Speech and Language Therapist. Future plans include walking the Pyrenees from coast to coast; spending time in Tibet; living on a canal boat for a year. Maybe another book idea will come from some of that.

Meg
3.0 out of 5 stars A favourite from long ago
Reviewed in the United States 🇺🇸 on June 14, 2017
Verified Purchase
This was a great favourite of mine when I was a young teenager and I was delighted to find it again. I am well beyond the target audience now and found it a bit stilted but the view of everyday life in ancient Rome was still enjoyable. I am giving the story 4 stars, partly for nostalgia, and the edition 2 stars. The e-book has been poorly produced with line breaks occurring in the middle of sentences. It appears to have been badly converted from a pdf.
Read more
One person found this helpful
Helpful
Report abuse

Lucy Bertoldi
3.0 out of 5 stars Entertaining Teen Read
Reviewed in the United States 🇺🇸 on April 30, 2010
A mix of fantasy, the ancient Roman world and an author's early work finally becomes reality. Lynne Ellison started out years ago, when she was but a school girl when she began writing The Green Bronze Mirror. Since then, she has added and perfected her novel to a delightful YA book that is sure to indulge the imagination and historical fancy of anyone daring to relive Rome through the eyes of a fifteen year-old.

Karen is a young girl transported back into time through the finding of an ancient mirror found on an island close to her home. From then on it is one experience after another to get herself back home. Karen is sold as a slave numerous times before she finally reaches her goal. Along the way, she meets Kleon, a boy a bit older than herself. Together they flee as they try to escape prosecution and death due to their religion, Christianity. At a time where Nero ruled, not much is possible for a poor slave girl. Nonetheless, Karen survives and even manages to accomplish favouritism and some sort of notoriety for her art and written knowledge.

A delightful read that I could not help myself from comparing it to the likes of Alice in Wonderland. There is the same kind of magical flavour, except not as much fantasy. The setting in this novel is based on a true historical timetable. The setting, the customs, the period costume descriptions, the different religious factions are all detailed with great accuracy and quite impressive for a novel of this type.

The Green Bronze Mirror is a quick and entertaining read that will surely delight. I would recommend this book to ages: 11-15.

Author/Reviewer Geri AhearnTop Contributor: Cooking
5.0 out of 5 stars "A MAGICAL, THRILLING, SPECTACULAR ADVENTURE!"
Reviewed in the United States 🇺🇸 on January 14, 2010
Inspired by historical novels, which was Lynne Ellison's favorite reading material for many years, she created a Masterpiece of historical adventure. This novel fills the pages with fantasy as it takes the reader on an amazing journey, after Karen looks into an ancient mirror that she found buried on the beach, and is transported back in time to the Roman empire. What trials and tribulations must Karen face, during her struggles to return to her own time? I highly recommend this book to all fantasy lovers, children, and young adults. The adventure is breathtaking, the story is spectacular, and the unique characters come to life. The last thing Karen remembered was glancing into the mirror, while daydreaming, what happened to the island, and where did she wind up? How many years did the mirror take her back in time? Who asked Karen if she was a runaway slave, and where did he take her? What was Darvus ordered to do for Karen? Who was Cordella, and what did she give Karen? Where did Karen meet Kleon? Who bought Karen, and where was she going, after the auction? Where did Karen meet Locusta, and how did Locusta hide from the soldiers? Did Locusta's magic help Karen find her way through the dark passages? Does Karen find her way back to where it all began, and is there a happy ending? Find out the answers in this breathtaking adventure as we follow Karen to see if there will be light at the end of the tunnel. "THE GREEN BRONZE MIRROR" is as mysterious as LEFT BEHIND and as captivating as Steven Spielberg's, THE GOONIES.
Read more
2 people found this helpful
Helpful
Report abuse
See all reviews

Kindle Customer
5.0 out of 5 stars Worthwhile Read
Reviewed in the United Kingdom 🇬🇧 on February 11, 2016
Verified Purchase
Karen is just 15 when she takes a walk by the seaside and finds, as the title implies, a Green Bronze Mirror. She looks into it and is transported 2,000 years in the past to Roman Britain, close yet so far from home. She is sold to slavery and travels all the way to Rome under Emperor Nero's reign. Soon there is a great fire that consumes almost all of Rome and Karen and her new found friends must go back to Britain and get to the 20th Century.

Personally, I think this book is very exciting and a very worth while read. It really gives an insight on the horrors of life 2,000 years ago such as slavery, vicious Colosseum battles and executions. I am also personally not a big fan of fantasy but this book actually did it in a way I liked.

It is also quite amazing that this book was written by someone aged just fifteen. There are a couple of grammatical mistakes but over all it is a really good book. I would recommend reading it, especially if you are interested in Roman history. As opposed to a textbook, this really helps you think about what they might have thought, believed and acted in Roman times.
Read more
Report abuse

A. Leeson
2.0 out of 5 stars Returned as not corrected.
Reviewed in the United Kingdom 🇬🇧 on February 27, 2018
Verified Purchase
Apparently the grammar has been corrected. It has but it's an a4 sheet in the back. Hard to read, I thought it would be interesting for my kids to hear a book written by a 14 year old but I wasn't keen on this one. Returned for a refund.
Read more
Report abuse

Shepherd
3.0 out of 5 stars Beware of cheap products!
Reviewed in the United Kingdom 🇬🇧 on January 27, 2012
Verified Purchase
Bought this book for my wife, who had been wanting a copy for a while now. When searching, I saw there were several advertised as either used or proof reading versions. As we thought this might be a good one for the grandkids, we went for one that appeared to be a proof-read and published edition. Sadly the book was full of smelling errors and gra mat ical mistakes. Punctuationwasmissingandtherewereno gaps insomesentences. My wife is dyslexic and thought it was her! Fortunately it wasn't! Read other reviews carefully and decide if it is still worth the money!
Read more
One person found this helpful
Report abuse

Kindle Customer
1.0 out of 5 stars Should have stuck with the memory - this is awful!
Reviewed in the United Kingdom 🇬🇧 on November 26, 2009
Verified Purchase
I had a very fond memory of reading this when I was a small girl - it is a very naive and unrealistic story but it must have had a certain charm at that time for me to remember it with such affection - but, many years later, I know it was a mistake to read it again.

The big problem now, however, is the appallingly low quality of this privately re-issued paperback. Nobody had even bothered to proof-read it before it was printed and constant lazy errors littered every page - in almost every sentence! There was even a spelling mistake in the blurb on the back cover.

The illustrations were crude and unnecessary, too.

If you are thinking of buying this, be aware that it is a rip-off and an insult to the innocent buyer to have to pay what is an extortionate amount for such a cheaply made, badly-printed product.

All involved should be ashamed of themselves.
Read more
10 people found this helpful
Report abuse