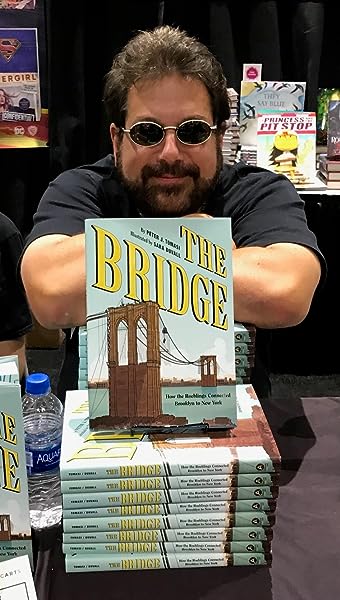 Start reading Green Lantern Corps (2006-2011): Sins of the Star Sapphire on your Kindle in under a minute.

Xavier Zavala Heras
4.0 out of 5 stars Indeed a prelude to Blackest Night
Reviewed in the United States on November 13, 2010
Verified Purchase
First things first: I was INCREDIBlY impressed with Rodolfo Migliari's art on the covers for GL Corps 27, 28 and 29. This guy have an Alex Ross kind of quality that makes me wonder why I haven't seen this guy's art before.

The first chapters (Eye of the Beholder) were very entertain. Kyle and Guy open a new bar on OA. The relationship between Ice and Guy is also an important part of these chapters. We also get to know Lantern Saarek, which I belive is going to be very important in the future.

The next chapters, that indeed are Sins of the Star Sapphire, bring new revelations and changes in the Book of Oa that'll make great impact on the corps. You also begin to question The Guardians. Something's wrong there.

The book end up with a promisse of hard action for the next volume. I simply can't wait!.

Jonathan Jurgensmeyer
5.0 out of 5 stars Good prelude to Blackest night
Reviewed in the United States on March 8, 2018
Verified Purchase
Don't want to spoil anything in the story but I definitely enjoyed reading this. The star sapphires are an interesting concept and it's really cool to see them again. Worth the read!
Read more
Helpful
Comment Report abuse

dirt55
4.0 out of 5 stars Sapphire = Least Favorite Corp
Reviewed in the United States on October 23, 2010
Verified Purchase
I'm really enjoying where all of this is going with the GLC and the rest of the Corps forming. Sadly I found the Star Sapphire crew to be quite boring. I get it, love it great and saves a lot of things, lets move on with the story. I really love the Kryb character, or would love to see her die a painful death. I also enjoy the developing relationship between Guy and Ice and look forward to seeing where it leads. A must read for any GLC fan!
Read more
One person found this helpful
Helpful
Comment Report abuse

Axel
4.0 out of 5 stars Sinful not to own.
Reviewed in the United States on June 28, 2009
Verified Purchase
The idea of the Green Lantern Corps is one of the genuinely genius concepts in the DC or any comics universe. Superficially similar in nature to the Jedi Knights of Star Wars, the Green Lantern Corps are essentially space police, and their tales chronicle the exploits of sentient representatives from various solar systems around the galaxy, given immensely powerful rings that are powered by will. Lanterns know no fear, or are at least able to overcome it.

This edition collects issues 27-32 of the regular, currently ongoing DC comics series Green Lantern Corps (GLC), and is the second full collection featuring the work of "new" writer Peter Tomasi. It's a strong collection of exciting, interesting stories, with an epic scope that is made all the more intriguing due to the broader narrative going on in the background, namely the impending "war of light" (a prophesied conflict between representatives of the emotional spectrum, each signified by a different color, green representing courage or will) to be chronicled in the "Blackest Night" series, still to be published/released. It's not necessary to know about it, but for regular readers, it adds to the richness of the tapestry that serves as the backdrop to the stories here. Trust me, if you're into science fiction, horror, you like military style movies and are a fan of Star Wars, this is a volume you will probably enjoy very much, although I would also recommend you buy the other GLC volumes offered here on Amazon.

The basic plots of the six issues collected here have been touched on by the other review, so I'll just briefly focus instead on what works in each one. The art by guest artist Luke Ross in the first two chapters is stellar and a good contrast to the often confusing if never boring Patrick Gleason who draws the final four chapters. These two issues quickly capture the peril of corps life, and the magic inherent in the GLC concept. The threat to the corps involves their family, and is creepy to boot. The meat of the collection is the final four chapters, involving a genuinely scary and threatening villain, and I congratulate Tomasi on his originality in her/its creation. (Gleason's art makes it sometimes difficult to tell.) Kryb is a member of the Sinestro Corps, mortal enemies of the GLC and wielders of rings powered by fear. Her mission is novel; to steal and possess the children of GLC members from different worlds. Horrific to look at, Kryb is also powerful, managing to hold off several lanterns on her own. Think of a crazed terrifying alien mother creature abducting the children of others, and you will get the idea. Also in this volume, Tomasi continues to exploit one of the greatest strengths of the series, which is that characters can and do die. Green Lanterns die in the series all the time, and there's a real sense of peril; characters one gets attached to can go any minute. In fact, regular readers of the series will often take this fact for granted, and it will sometimes sneak up on you, so that when a character actually dies, there's some genuine surprise. By far the most intriguing part of the collection though, is the "diplomatic" confrontation between the Guardians and the Zamarons, ancient relatives who separated from them eons before. The Guardians are threatened by increasingly obvious displays of power by the Zamarons, which rivals that of the Guardians, and undertake a tension filled visit to their home planet. The Zamorons believe that love alone can save the universe, while the Guardians believe all emotion is dangerous. Will and logic alone drives them, and the difference in philosophies sets up a key conflict likely to be explored in the upcoming `war of light.'

Tomasi is continuing the strong tradition of storytelling begun by Dave Gibbons when the series launched, and this volume is an improvement on his previously uneven writing. The six issues collected here form a very strong, very compelling narrative. Patrick Gleason does his usual to do justice to the story drawing the final four chapters. His work is solid, and even spectacular in some places. It is also busy and difficult to follow in parts. He has however been a stalwart regular of the series, but I am beginning to feel that he's reached the pinnacle of his growth here, and that it is time for him to move on to new challenges. If so, Luke Ross would be an excellent replacement, although, DC is hardly ever that smart.
Read more
16 people found this helpful
Helpful
Comment Report abuse

Jordan Sprnger-rogers
5.0 out of 5 stars Nice Prelude
Reviewed in the United States on May 2, 2010
Verified Purchase
This is a nice tie in story to what happens before the blackest night,and rage of the red lanterns,And after the Sinestro Corp wars.The writing is a good piece of build up.The art is really good recommend to any fan of the green lanterns.
Read more
2 people found this helpful
Helpful
Comment Report abuse

Bernard
4.0 out of 5 stars Was not disappointed.
Reviewed in the United States on December 6, 2013
Verified Purchase
Great tie in to the culmination of the war of light. I was delighted to see the conclusion on them stopping Kryb.
Read more
Helpful
Comment Report abuse
See all reviews

Mr. I. Norris
4.0 out of 5 stars great for fans
Reviewed in the United Kingdom on February 6, 2010
Verified Purchase
This is basically just a warm-up to Blackest night, introducing the new Star Sapphire corps, and actually not much happens in the story, which is a big disappointment. This is a great read for fans, who are willing to read the next few novels as well (Rage of The Red Lanterns and Agent Orange) before the main event: Blackest Night.

All the big-hitters are here, Guy and Kyle, but titular Star Sapphires dont really feature much, their importance not really exposed (which is fine as this is just a prelude). Therefore this is not recommended for casual readers (much is referred to from previous strories) and nothing is really resolved. A new law is added to the Book of OA which is always quite exciting and will probably have ramifications.

If, like me, you dont read the actual comics and wait for the graphic novels (in paperback), then this is a great gap-filler until the rest arrive in paperback, and Blackest Night in June/July. In the meantime I suggest reading all the Sinestro Corps war stuff, it's pivotal to the storyline.

In conclusion a great read (even if it is mostly centred on an obscure Sinestro-corps baddie) but aimed at fans only.
Read more
8 people found this helpful
Report abuse

Gregory
3.0 out of 5 stars Three Stars
Reviewed in Canada on May 21, 2016
Verified Purchase
It's okay
Read more
Report abuse

Page 1 of 1 Start overPage 1 of 1
This shopping feature will continue to load items when the Enter key is pressed. In order to navigate out of this carousel please use your heading shortcut key to navigate to the next or previous heading.
Back
Next
Pages with related products. See and discover other items: lantern corps, green lantern comic, Green Lantern Comics