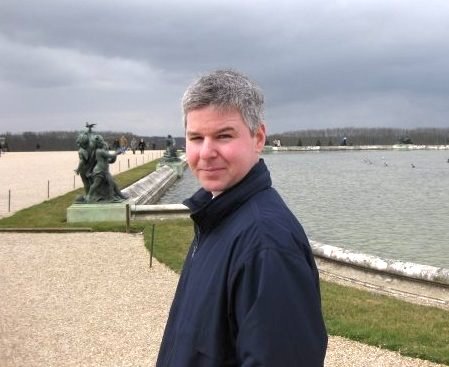 Greg Johnson is a graduate of Michigan State University and works in sales. He was inspired to write by watching his young stepson make the transition from a boy to a young adult. As his stepson asked questions, experienced new emotions, and began to develop stronger relationships with friends, Greg thought a story would be a good supplement to the lessons he and his wife were already teaching. The story became Beyond the Red Mountains. Greg lives in Chicago with his wife Jean, stepson Brice and their cat Leo. 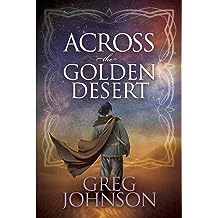 Across the Golden Desert (Beyond the Red Mountains Book 2) Feb 4, 2017
by Greg Johnson, Janet Angelo
( 4 )
$2.99
Continuing the story from Beyond the Red Mountains, Luther has ensconced Elizabeth in his fortress to teach her the ways of the Enlightened, but she wonders if he has trapped her there. As she discovers his secrets and the dark corners of his world, she becomes increasingly aware of her power, and vows to escape. Meanwhile, Kelvin refuses to believe that Elizabeth is lost to him forever. When he learns where she is — Across the Golden Desert — he is compelled to find her and defeat Luther. Kelvin sets out on a journey that pits him against adversaries otherworldly and human. His determination and love for Elizabeth bring Kelvin to the brink of survival just as she is realizing her destiny. Events collide in ways that neither of them imagined as they are guided by forces not of their choosing.
Read more
Other Formats: Paperback 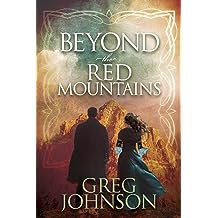 Beyond the Red Mountains May 3, 2014
by Greg Johnson, Janet Angelo
( 16 )
$2.99
Kelvin and Elizabeth grew up in different places, both taught that they were the only people to survive the Dark Days, but they question their pasts when they hear strange tales that suggest otherwise. When fate brings them together, it creates more questions than answers.Will Kelvin uncover enough of the mysteries in time to free his home from the evil man who rules it? By following an ancient map to the last resting place of the mysterious fourth Founder of Triopolis, he hopes that the information he seeks will be revealed. When an accident forces Elizabeth to flee with Kelvin, they find themselves on a path that leads him home. During their journey, they discover an ancient race of people who have unbelievable powers over the natural world. Will Elizabeth and Kelvin learn how to fight off the evil that threatens their very existence?
Read more
Other Formats: Paperback