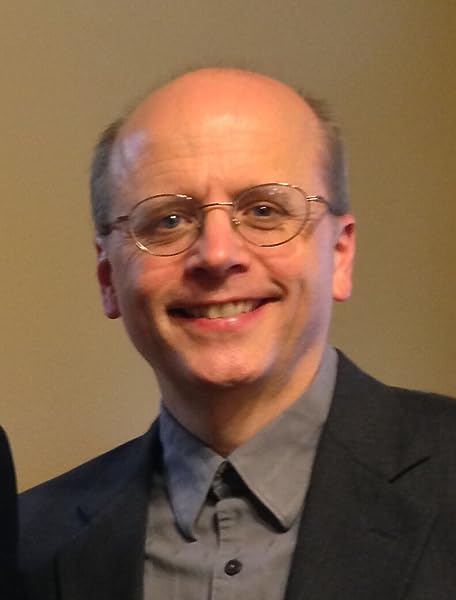 Yellow bookworm
5.0 out of 5 stars Magical shenanigans galore!
Reviewed in the United States on September 26, 2019
Whilst this is the first book in Dale's new series, there is a prequel story called 'Siloed' that is included in the 'Street Spells: Seven Urban Fantasy Shorts' anthology. I read and enjoyed this, thinking it had plenty of potential for a series, and 'Gremlin Night' definitely didn't disappoint.
The world-building is excellent, the human characters all have distinctive personalities, traits, and magical abilities, and we encounter familiar magical species as well as new ones freshly sprung from Dale's vivid imagination.
The main character, Liz Marquez, is cut from the same cloth as Mat from Dale's Empowered series, fierce, determined, a bit of a rebel, so committed to her job as a R.U.N.E. agent that she is willing to bend the rules to uphold the arcane law. Portland is beset with gremlin problems but there is something much bigger going on and Liz has to cope with a new partner, said gremlin problems, and a nemesis who needs a good punching if you ask me. The magical agencies R.U.N.E. and A.S.A (just like the FBI and the CIA, allegedly!) do not play nicely together and this does not help Liz and her partner in solving the mysterious happenings on Solstice Night.
The story is fast and furious, zipping around from incident to incident with no pause for breath, and kept me reading late into the night. I can't wait to see where Liz goes from here and how her relationship with her two new 'close companions' (you'll have to read it, no spoilers here) progresses. All I can say is that one is sweet and the other is exceedingly polite in the circumstances, and they both made me smile and definitely added another dimension to the story. I wonder just how Dale comes up with his marvellous ideas but as long as he keeps writing, I don't care!
Read more
One person found this helpful
Helpful
Report abuse

Amazon Customer
5.0 out of 5 stars Excellent
Reviewed in the United States on September 26, 2019
This is a great read. It’s an amazing tale of magic, mystery, danger and adventure that will pull you in and keep you entertained from beginning to end. Elizabeth is a great character. She’s a feisty, sarcastic sorceress that always manages to find herself in dangerous situations and working for R.U.N.E keeps her right in the thick of it. Luckily with a partner like Tully he helps keep her grounded however, when Tully’s away all bets are off. This awesome book is definitely worth giving a read, you will not regret it. I received a free advanced copy and absolutely loved it.
Read more
One person found this helpful
Helpful
Report abuse

Fairycrystal
5.0 out of 5 stars Amazingly Awesome First In Series
Reviewed in the United States on September 30, 2019
Gremlin Night is Book 1 in the Agents of Sorcery series and I loved everything about it. Dale Ivan Smith has a fabulous imagination. He has created a well thought out world and populated it with amazing characters and creatures. His world building is second to none, exceptionally well developed characters, and his prose draws you into the story and you experience what is happening. This is a magical, mysterious, fast paced, action packed tale of adventure. One you will not want to stop reading until the end and then be left with wanting more. I highly recommend this story and can assure you that you will not be disappointed. Received an ARC and this is my voluntary and honest review.
Read more
One person found this helpful
Helpful
Report abuse

Stephen M. Keener
3.0 out of 5 stars Really Wanted to Like It More...
Reviewed in the United States on October 2, 2019
Being a fan of the Empowered series, I was looking forward to this new series from Dale Ivan Smith. I just couldn't get into it. It is well written with few typos (if you are bothered by things like that) but I just could not really get into this new magical world and characters and this is coming from a massive fan of the Harry Dresden and Kate Daniels series. Maybe it was the numerous rules for magic and the various items needed. Maybe it is the irritating sound from the Gremlins. It probably comes down to me not really feeling a connection with the characters. I will probably read the next one because of good past experience with the author.
Read more
Helpful
Report abuse

F. Thompson
5.0 out of 5 stars Fast-paced and fun
Reviewed in the United States on September 30, 2019
If you're looking for a book that is action-packed, this is a good read for you! I enjoyed "getting to know" the characters and their interactions. You'll be plunged into a magic (and non-magic) world with a few different rules and regulations and a main character who seems to have a hard time seeing (or paying attention to) those boundaries.
Read more
One person found this helpful
Helpful
Report abuse

The Mysterious Amazon CustomerTop Contributor: Fantasy Books
5.0 out of 5 stars Great fun and a perfect series start
Reviewed in the United States on October 13, 2019
One of my favorite authors, Dale Ivan Smith, is back with a new book, Gremlin Night, that (yes!) is the start of a brand new series, Agents of Sorcery. Exciting stuff and, no surprise, a very easy review to write. This book is, quite frankly, is superb. Well written (as is always the case with this author), with a great plot, a perfect cast from Elizabeth (Liz) Marquez on down and perfect world-building (I love the whole concept of an agency enforcing magical laws that keep the supernatural hidden, it’s the perfect story platform). Also totally fun. Exactly what I look for and easily worth five stars.
Read more
Helpful
Report abuse

Michelle Titherington VanDaley
5.0 out of 5 stars Magically Brilliant!!!
Reviewed in the United States on September 28, 2019
What a fantastic start to a series. Gremlin night grabbed me at the start and never let go. I was captivated and could not stop reading. I absolutely love the different creatures and abilities the characters encounter and the characters themselves are well thought out and relatable. I absolutely loved this story and am excited fir book 2
Read more
Helpful
Report abuse

Becky B
5.0 out of 5 stars Gremlins Night
Reviewed in the United States on September 26, 2019
I loved reading this book. Couldn't put it down.
Elizabeth is such a awesome character. Filled with wonderful characters, and suspense. Dale Ivan Smith is a amazing author. Loved it...
Read more
Helpful
Report abuse
See all reviews

Christianne
3.0 out of 5 stars Crazy roller coaster night
Reviewed in the Netherlands on July 1, 2020
Verified Purchase
I got caught by Siloed. This one is a crazy roller coaster in one single night. Things keeping happening, one disaster after another. It is very intense on the action side, with some jokes points along the way. But I felt Liz quite obtuse in this book. Just almost in the end, I finally felt the connection that I did on the introductory book (Siloed). I was expecting the ancients get their freedom, with Liz help. Maybe it will happen...
Read more
Report abuse
See all reviews