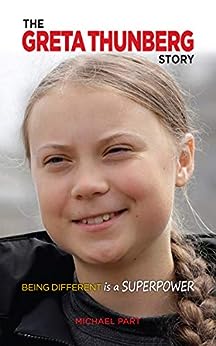 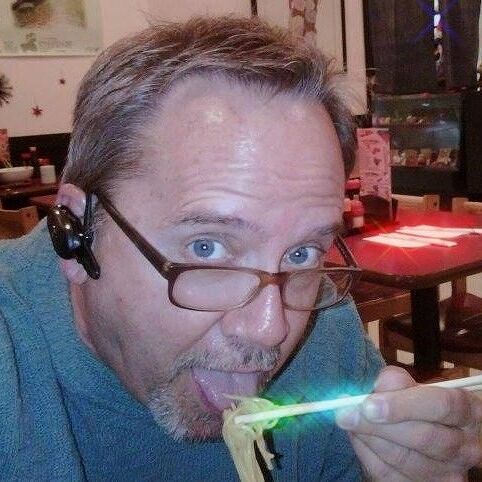 The Greta Thunberg Story: Being Different is a Superpower Kindle Edition

by Michael Part (Author) Format: Kindle Edition
See all formats and editions
Sorry, there was a problem loading this page. Try again.
Her parents didn’t want her to do it. Her classmates refused to join her. Passersby expressed pity and bemusement at the sight of the pigtailed teenager who sat alone on the cobblestones in front of the Swedish Parliament with a hand-painted banner saying School Strike for Climate. Before she went on strike, fifteen-year-old Greta Thunberg refused to speak and eat. She had no friends and no purpose in life. But one day she decided to act. A year later, her strike sparked a global movement with millions of followers who shared a common goal: Save the planet. Now. Being Different is a Superpower is the heartfelt story of one family’s love and devotion to each other and their quest for a better world.Michael Part’s bestselling books are published in 17 languages in 36 countries worldwide.Ages 9-up
Read more
Previous page
Next page

Michael Part is the author of the bestselling The Greta Thunberg Story Being Different is a Superpower and the critically acclaimed Soccer Star series for young readers which is published in 17 languages in 36 countries. His award winning book, The Flea – The Amazing Story of Leo Messi is an international bestseller for eight years running. He has written motion pictures and television movies and shows including the Disney classic, "A Kid in King Arthur's Court", and a number of anime features including the groundbreaking, "Starbirds!"

He is currently working on a new series of children's action-adventure novels.

Michael was born in Sheboygan Wisconsin and lives in the San Fernando Valley in Southern California with his wife Lisa and their 5 children, 8 cats and a Yellow-Nape Amazon parrot named Burrita, who named himself.

You can write to Michael Part at mpart@ice-9.com.

4.7 out of 5 stars
4.7 out of 5
141 global ratings
How are ratings calculated?
To calculate the overall star rating and percentage breakdown by star, we don’t use a simple average. Instead, our system considers things like how recent a review is and if the reviewer bought the item on Amazon. It also analyzes reviews to verify trustworthiness.
Top reviews

Taz-ManianWoman
5.0 out of 5 stars A Real-Life Grimms’ Fairy Tale
Reviewed in the United States on September 26, 2019
Verified Purchase
If there’s one book you should read this year, this month, this week, this minute, it’s Michael Part’s new biography of the Nobel Peace Prize nominated Greta Thunberg. In fact, it’s the perfect holiday gift for anyone on your list, children and adults alike.

The author who started as a screenwriter of Disney films segued into writing biographies of popular sports figures. The result was charming page-turners for all ages. This new book is an amazingly well-timed departure from sports, (although it includes some world-champion boat racers). Somehow Part had the incredible intuition to begin writing when Thunberg’s voice was just starting to burst onto the world stage in March 2019.

The book is now released almost to the day that Thunberg arrived by solar powered racing boat to the United States. Her story as depicted by Part is a fastidiously researched cross between a fairy tale and a biopic. It’s even the perfect feature film length at 118 pages and ready for the big screen for any production company smart enough to option it.

Not previously having an interest in sports biographies, this is my first purchase of one of Michael Part’s books. But this crossover has made me a fan and I’m already planning on reading more from him!

Jane M. Giatras
5.0 out of 5 stars What a difference a difference makes!
Reviewed in the United States on October 19, 2019
Verified Purchase
I purchased this book for myself and sent a couple to my wonderfully gifted niece, a Special Education Teacher. I loved it!

Thank you for delivering a significant and insightful message in a normal-life manner. This one very young person demonstrates that her “different” cognitive processing has gifted her with both consciousness and a conscience in leadership. Greta’s difference has given her two types of highly unrecognized forms of intelligence -- courage and responsibility.

Our next generation is unfairly burdened with the past-due bills of previous generations. They face crushing consequences in the environment, politics, and social relations. Hopefully, all who read this will be inspired to realize their unique abilities and follow Greta's example in making a difference with their difference.
Read more
7 people found this helpful
Helpful
Report abuse

Linda Vaughn
5.0 out of 5 stars Meet Greta! This little book is a great introduction to Greta Thunberg. I particularly enjoyed the description of her family and home life and applaud her parents for living their values and supporting their remarkable daughter!
Reviewed in the United States on October 30, 2019
Verified Purchase
Greta’s story is a quick read and an excellent introduction to the young climate advocate, Greta Thunberg. I think young readers will find Greta’s courage and determination appealing. She makes a convincing argument that young people are smart and capable of making decisions or speaking up when they see adults ignoring the facts that climate change is real.
I personally enjoyed the descriptions of her family and how the Thunbergs live their values.
Read more
6 people found this helpful
Helpful
Report abuse

Mary Mumma Brown
5.0 out of 5 stars Greta is Amazing!
Reviewed in the United States on December 17, 2019
Verified Purchase
I'm 73 years old and a huge fan of Greta's and the work she is doing... so well. A unique and remarkable human being and well deserves being selected as "Person of the Year" by Time Magazine. Too bad, Trump!
Read more
5 people found this helpful
Helpful
Report abuse

Marisa Pichie
5.0 out of 5 stars A must read! Eye opening and educational
Reviewed in the United States on November 13, 2019
Verified Purchase
Michael Part recounts through the eyes of Greta the struggles of this young woman not only with her personal autistic challenges but with her true concerns for her future and all of ours to come. The opinions are left up to the reader to decide if they share the same views as Greta but definitely the open minded will find themselves challenged not to feel a sense of compassion if not for future generations but for Greta’s true challenges.

Jan
5.0 out of 5 stars An enjoyable and remarkable read
Reviewed in the United States on January 5, 2020
Verified Purchase
about a unique young lady with loads of conviction and qualities we must all emulate in our time of need. Mike Park tells her story in such an easy and effortless way. it is a quick, enjoyable and thought provocative read. It is quite apparent that Mike Part is a gifted and prolific writer.
Read more
2 people found this helpful
Helpful
Report abuse

William G. Wilson
4.0 out of 5 stars Excellent Book
Reviewed in the United States on December 31, 2020
Verified Purchase
This book is relatively short but provides a good deal of information about Gretta and her journey. Well done without being boring.
Read more
Helpful
Report abuse

Constance
5.0 out of 5 stars Great family, great girl
Reviewed in the United States on February 14, 2020
Verified Purchase
This is a great account of a terrific girl and very interesting family. Very impressed with the way the parents were able to handle her and the situations that arose. Highly recommended
Read more
Helpful
Report abuse
See all reviews

Amazon Customer
1.0 out of 5 stars Avoid! So Inaccurate And Over Priced!
Reviewed in the United Kingdom on April 2, 2021
Verified Purchase
Where do you start with this book? Maybe the first chapter should be a warning!
Is states no one talked to her at all, zero people on her first day of the strike except an MP, who had no name. Totally untrue!
The day was filmed as can be found in the documentary - I Am Greta - and a number of people talked to her. But no mysterious MP! It is stated in the book she had no flyers, until the third day, yet they are sitting in front of her on the first day. Numerous reporters talked to her too on the first day and people taking her photo and posting on social media!
And the book carries on in the same vane with numerous inaccuracies in every chapter! Saying she recovered from an eating disorder by eating fish - she was vegan! Saying her mother and father gave up flying in August 2018 because of her upcoming school strike, yet they quit a long time before!
As for the private conversations between the family on every occasion, totally cloud cuckoo land, unless he's bugged their flat!
Avoid! If you want the story up to the strike read Greta's Mother's biography - Our House Is On Fire.
If this is the standard of his other books - avoid them too!
Read more
3 people found this helpful
Report abuse

L. M. Macintyre
5.0 out of 5 stars An inspirational young lady in a world at risk
Reviewed in the United Kingdom on February 19, 2020
Verified Purchase
If we do not listen to Greta and support her, then the whole population of the earth, creatures as well as humans, face appalling problems.
Read more
Report abuse

Jomarleen
3.0 out of 5 stars It is a book for younger people
Reviewed in the United Kingdom on June 1, 2021
Verified Purchase
It was an ok read.
Read more
Report abuse

Wasyl Koziar
5.0 out of 5 stars All good
Reviewed in the United Kingdom on December 13, 2019
Verified Purchase
All good
Read more
Report abuse

kutikuti
3.0 out of 5 stars This book summarizes what Thunberg has done so far.
Reviewed in Canada on November 30, 2019
Verified Purchase
Great courageous lady. Kudos to her. The book however is very simplistically written and lacks details. It is also way too brief. It lacks much insight and thought. But then, it's just the beginning.
Read more
Report abuse
See all reviews