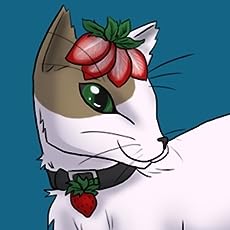 Grey Liliy is a young woman who claims the East Coast of Virginia as her home. She enjoys anime, video games, movies, novels, and comics of just about any genre. Liliy has been drawing & writing a comic of her own since 2005, called The Adventures of Wiglaf and Mordred. Liliy released her debut novel, Children of Hephaestus, in September of 2012.
Read more 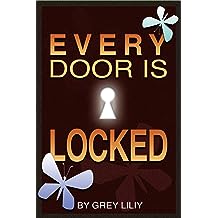 The Hotel Has Other Plans.

Klawisz has a key and the knowledge that somewhere in the hotel is the lock that matches. Now if only he could remember where it is.

With the room number scratched off his key, Klawisz has no choice but to check every single door in the building one by one. No matter how long it takes, no matter what crosses his path, he won’t stop looking. He’ll face Monsters, the Dead, and the Hotel Staff if that’s what it takes.

Even if every door is locked, Klawisz will find his room.
Read more
Other Formats: Paperback 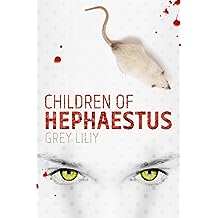 The project is a success: fully-functional, autonomous androids are born into the world with a hunger for affection and startling intelligence. Hecate and Iacchus are marvels of modern science, near indistinguishable to their living, breathing counterparts.

But no one knows how they work.

As the laboratory tries to reverse-engineer these remarkable children, their creators find themselves locked into the role of parents as the androids 'imprint' on their favored employees. Some welcome the androids with open arms, while others are bribed to put up with them. Giles Firmin oversees it all as the head of the project, watching as his friends and co-workers are dragged deeper into the androids' world.

Vanity, Rage ...and Murder Just when the worst of the lab's troubles seem to be the boys' fragile emotional states, the lab is sideswiped by a new threat: Murder. A ruthless serial killer invades the androids' 'home,' leaving a trail of dismemberment and empty eye sockets. Detective Lester Saxon is on the case, stepping into a world that appears to make up its own rules. The victims' only connection?

Involvement with the Olympian's Children. 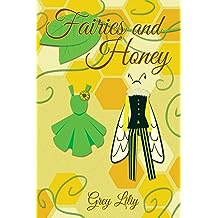 So Diana makes it easy with one rule: Each guy gets twenty minutes of her time before she decides if the date is worth finishing or not. But when blind date number three, Harold, shows up in a bee costume, Diana leaves early.

Or so she thought. When she runs into Harold at work, still wearing the costume, her meddling friend Jolie convinces her to give him a second chance. It’s only fair since Diana broke her one rule on the first date.

But as Harold becomes Harry, Diana finds there’s more to him than his outfit, and she might never need those blind dating rules again.
Read more
Other Formats: Paperback 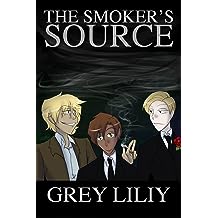 So he’s lucky his favorite guard Oliver Blake is so keen on supplying them. Francis can’t figure out why the guard is so dead set on being his friend, but he knows better than to question a free source of cigarettes and company.

When all hell breaks loose in Tobias Memorial Prison, it falls on Francis to keep his ‘Ollie’ safe from friend and foe alike, no matter which side of the bars they’re from.

Francis’ll protect Ollie from it all, be it lunatic guards, his fellow inmates...

...or even himself.
Read more
Other Formats: Paperback 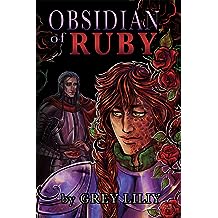 Obsidian of Ruby Sep 22, 2015
by Grey Liliy
( 2 )
$4.99
One of the most feared Great Dragons of the land, the Obsidian of Ruby terrifies with ease. With scales made of obsidian, this dragon is responsible for the theft of untold treasures, and the deaths of thousands.

Sworn for revenge, Lady has trained her entire life to be a fierce and capable Dragon Slayer. Nothing will stop her from tracking down this Great Dragon in his lair and taking his head.

And Then She Meets Amadeus

A noble from the Ruby Mines, home to the Great Dragon, Amadeus proves himself useful as an escort and link to the Obsidian of Ruby. The man also proves to be unfairly attractive, and Lady finds herself wanting to see more of him.

Together they travel to the Ruby Mines, and Lady discovers more than dragons to fight when Amadeus worms his way into her heart.
Read more
Other Formats: Paperback 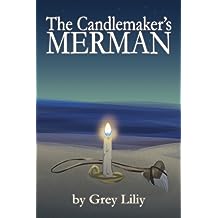 Phillip the candlemaker has seen a monster: A Merman.

Captured by Phillip’s boss, the Merman is trapped and used
as a weapon against the townsfolk. People who don’t fall
in line and submit are fed to the beast.

Terrified of the monster, Phillip released the Merman back
into the sea under the cover of night. Freed, Phillip is sure
he’ll never see the Merman again and life can get
back to normal.

Shame the Merman doesn’t see it that way: He wants
revenge for his captivity, and threatens to drag Phillip
under for good if the candlemaker doesn’t help!
Read more
Other Formats: Paperback 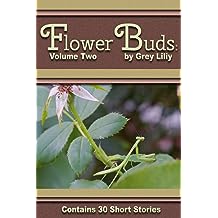 Flower Buds: Volume Two Jan 23, 2016
by Grey Liliy
$0.99
Flower Buds returns with another collection of thirty short-short stories for you to enjoy!

Another grab bag of genres, points of view, characters and more than a few familiar faces returning are all inside.

Including: A clingy dragon and a scared knight. More yarn shenanigans. Love stories of all kinds. A pool boy. A cat. A pirate and his mermaid. And a man with a dollhouse. These and so much more are waiting!

And if you enjoy this volume, don’t forget to check out Flower Buds: Volume One, and be on the look out for Volume Three!
Read more 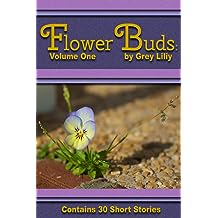 With a great variety of genres, point of views and characters, this entire collection is like a grab bag of budding seeds, each on the brink of turning into a bigger, bright flower!

Including: A determined Cabin Boy out to save his Captain. A boy with a sweet tooth and the Fae he traded his soul to. A woman dragging a mysterious box in the mud. A tired ship captain. A sorceress who saves a tiny seal pup from the snow. Multiple ghost stories. Living puppets. And more!

Be sure to check it out, and be on the look out for Volume Two in the future!
Read more 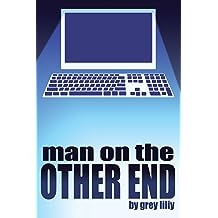 His latest client Russell Hopkins is a regular guard dog, all muscle and intimidation. His problem? A rouge piece of malware opened Russell’s computers up to invaders, leaving him thirty grand short and with a vicious need for revenge. To Alfie’s distress, Russell forces him to hunt down the people who ripped the intimidating man off.

But Russell doesn’t want to stop there.

Before Alfie knows it, he’s on a plane across the ocean with Russell to find these men in person. Russell’s got a bone to pick with them, and nothing is going to stop him.

Russell’s pride as a hired killer won’t allow it.

Alfie’s in over his head, but with no way to get away from Russell, he’s stuck on the ride of his life whether he likes it or not.
Read more
Other Formats: Paperback , Mass Market Paperback