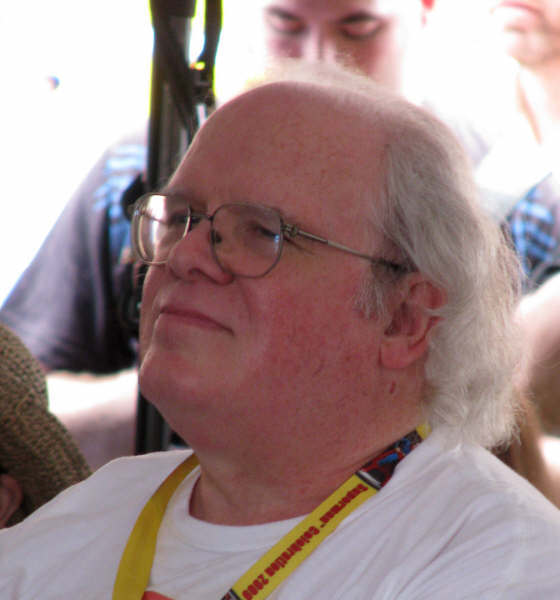 4.2 out of 5 stars
4.2 out of 5
10 global ratings
How are ratings calculated?
To calculate the overall star rating and percentage breakdown by star, we don’t use a simple average. Instead, our system considers things like how recent a review is and if the reviewer bought the item on Amazon. It also analyzes reviews to verify trustworthiness.

Robert E. Behers
5.0 out of 5 stars AN ANTI-HERO WHOM HASN'T GOT HIS JUST DUE!
Reviewed in the United States on July 29, 2019
Verified Purchase
I love Tim Truman's GRIMJACK! I read all the comics as they were released starting as a back up feature in STARSLAYER. The story lines are fun, the artwork is exceptional and the character and his hangout just great! Glad to finally get the starting issues in one soft cover book! If you think the idea of an interstellar bounty hunter will turn you on....well, this guy is the answer! JUST GOOD STUFF!
Read more
Helpful
Comment Report abuse

K.A.
5.0 out of 5 stars A BLAST from my past. Grimjack STILL Rocks!
Reviewed in the United States on April 10, 2012
Verified Purchase
This is one of the first titles I ever collected. I started collecting comics in 1984 with the Teenage Mutant Turltes. I would go into New Haven with some of my buddies like Steve or Tony and we would hit up Whirligig Comics and it was a great time to be an avid comicbook fanboy. I saw Grimjack on the shelves fairly early on and I alway thought Tim Truman did pretty good artwork, and I really really liked John Ostrander's stories a lot. Grimjack was one badass mofo...with that nasty scar running down his face, and he could kill you just as quick with his sword as he could with his blasters! I totally loved the multi-dimensional planet he lived on, and espescially enjoyed Munden's Bar (his local hangout). Munden's reminded me of the Mos Eisley Cantina with its colorful mix of grissled criminal aliens and bounty hunters. Grimjack's drunken dragon, Bob, was great comic relief, and these stories never failed to live up to the fast paced action I craved back in the early days of my comics addiction.
Now I have just finished the first volume of the Grimjack Omnibus Editions and I am definitely going to grab Volume 2. These stories still stand the test of time and are just as much fun today as they were back when people were dressing in neon dayglo parachute pants and spiking their hair up while blasting Duran Duran on their boombox in high school and being beaten up by my buddies the "Metal Heads" for it! If you like fast paced action, in your face sarcasm, and are a fan of Wolverine or the Punisher...give Grimjack a try. You'll see where a lot of the "newer" comic creators have gotten some of their inspiration.
Read more

Agustin Goba
5.0 out of 5 stars Best of the Best
Reviewed in the United States on January 20, 2012
Verified Purchase
Ostrander found the perfect artistic match for his Cynosure tales in Truman, and together they created a mythology as evocative as any ancient Greek or Persian myths. This is one of the best comic book series of all time. If Philip José Farmer or Glen Cook wrote comics, they might come up with something this good, as long as they teamed up with artists who so thoroughly felt and knew what the writers were seeing in their mind's eye, as Truman seems to have done with this series. And Ostrander created in GrimJack the essence of the antihero distilled, existing in a place where the only rule is that there are no rules, where chaos and order are as close as the sidewalk and the gutter. Be careful where you step.

(Anyone who disagrees with me, I'll meet you at Munden's Bar to "discuss" our points of view. You buy the first round.)
Read more
2 people found this helpful
Helpful
Comment Report abuse

T. K. Fischer
5.0 out of 5 stars The coolest dimension hopping tough guy dressed like a pirate you'll ever see.
Reviewed in the United States on June 20, 2016
Verified Purchase
Very cool character in a very cool world. A great read if you want some imaginative takes on classic tropes and stories.
Read more
One person found this helpful
Helpful
Comment Report abuse

Jonathan Stover
4.0 out of 5 stars Grim Fun
Reviewed in the United States on February 18, 2012
Grimjack Omnibus Volume 1: written by John Ostrander; illustrated by Tim Truman with John K. Snyder III and Len Elmore (1983-85; collected 2010): Science fiction -- or at least science fantasy -- maintained quite a presence in non-super-hero comic books of the 1980's, especially at publishers other than DC and Marvel striving to find an audience of their own, preferably a more adult one. First Comics, original publisher of Grimjack, probably released more well-regarded science-fiction titles than anyone.

Created by John Ostrander and Tim Truman, Grimjack follows the adventures of hardboiled mercenary John "Grimjack" Gaunt in the "pandimensional" city of Cynosure, a nexus where all the dimensions meet and mingle. Cynosure is pretty much the most wretched hive of scum and villainy in the galaxy, allowing Grimjack plenty of opportunities to make money or die trying.

Grimjack's most obvious comic-book antecedent is DC's Jonah Hex, another scar-faced bounty hunter with an occasional heart of gold when it comes to certain clients. John Gaunt's a lot more introspective than Hex, however, as his narration allows us to see -- indeed, the narration places Gaunt more in the tradition of hardboiled detectives than hardboiled mercenaries.

Cynosure itself allows Ostrander and Truman to play with a variety of genres, thanks to the overlapping dimensions, putting Gaunt into everything from a tribute to Sergio Leone Westerns to a world of funny animals threatened by an invasion of killer rabbits. It's a lot of fun, despite the fact that Truman -- already a solid draftsman and detailed renderer of the human form -- has always seemed to have an aversion to drawing human beings capable of smiling. So it goes.

The time when non-tie-in science-fiction comic books had a major presence at the comic-book store seems to have ended long ago; this is an enjoyable reminder of the decade when it seemed like the successful expansion of comic books into every mainstream genre was only a matter of time.
Read more
One person found this helpful
Helpful
Comment Report abuse

thewizardofodd
5.0 out of 5 stars A Must Have for any Detective/Fantasy Comic fan...
Reviewed in the United States on July 31, 2010
This is a great piece whether you are just looking to get into Grimjack or are looking to relive the old stories. There are bonus pages which are great to see which coincide with The Manx Cat and Killer Instinct series. The stories are fast paced smooth reading like a well aged Scotch. It's not for everyone...Your Grandma isn't going to read this, and if she does she's probably got a bottle of hootch and a Shot-gun under her pillow. It's all out good fun. Grimjack was the Anti-Hero before Anti-Hero was the thing to be. He does what he does because that's who he is. There are no apologies, and if there were the book wouldn't be worth a damn. All of the Ostrander/Truman stories from the First run are all here in one book. Even though I liked GrimJim Twilley best this series stands the test of time.
Read more
5 people found this helpful
Helpful
Comment Report abuse
See all reviews

Robert Edgington
1.0 out of 5 stars Somebody should have proof read this thing
Reviewed in the United Kingdom on August 11, 2014
Verified Purchase
Watermarks ruin this kindle book for me. About half way through this book a watermark appears on every page of the book "Not to be reproduced, Contracted - Sandeep Likhar. Property of IDW Digital Conversion File, not to be distributed"

I Love Grimjack, and have since the 80's

But this lack of attention to detail has ruined the book for me.
Read more
3 people found this helpful
Report abuse
See all reviews