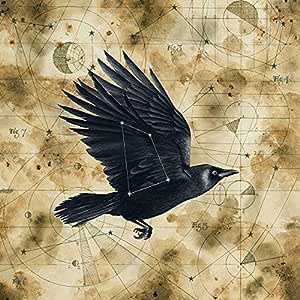 Big Big Train Format: Audio CD
4.7 out of 5 stars 115 ratings
See all 3 formats and editions Hide other formats and editions
Includes FREE MP3 version of this album.&nbspProvided by Amazon Digital Services LLC. Terms and Conditions. Does not apply to gift orders.&nbspComplete your purchase to save the MP3 version to your music library.
Available at a lower price from other sellers that may not offer free Prime shipping.

Three time Progressive Music Awards winners, Big Big Train, set a course for the stars with the release of their 2017 album, Grimspound, Big Big Train tell stories from the oceans and the skies, from the meadowland and the mead hall, tales of scientists and artists and poets and dreamers. Here can be found songs drawn from history and folklore, true-life tales of a flying ace, of Captain Cook's 'experimental gentlemen' on his first voyage of discovery and the legend of a ghost waiting outside an ivy gate whilst the carriers of souls circle overhead.

4.7 out of 5 stars
4.7 out of 5
115 global ratings
How are ratings calculated?
To calculate the overall star rating and percentage breakdown by star, we don’t use a simple average. Instead, our system considers things like how recent a review is and if the reviewer bought the item on Amazon. It also analyzes reviews to verify trustworthiness.
Top reviews

G-Dexter
5.0 out of 5 stars An Embarrassment of Riches
Reviewed in the United States on April 28, 2017
Verified Purchase
When I heard BBT was following up the remarkable Folklore with this album in a relatively short period of time, I was concerned that we were perhaps in for a less than stellar release. I thought (incorrectly) that the band was just taking weaker material from the Folklore sessions and releasing them as an attempt to capitalize on the success they were experiencing. Boy was I wrong!

After only one listen I became totally infatuated with this album. It starts with Brave Captain, perhaps one of the strongest song in their impressive catalog. The rest of the album follows on with the signature BBT sound that is full of lush melodies, compelling rhythms and earthy tones so prevalent in their more recent works. To my ears, there isn't a weak track on this album, though after only a few listens some tunes have emerged as personal favorites. As always, the performances are impeccable in their skill and musicality.

If you are a fan of the band, you aren't going to regret grabbing this gem as soon as you can. If you've never listened to Big Big Train before, this is accessible and as good a place as any to start your journey. You won't be disappointed.

Phil Sac
4.0 out of 5 stars The new release from this great british band
Reviewed in the United States on August 18, 2017
Verified Purchase
The new release from this great british band, delivers eight new songs, three of them above ten minutes long, covering topics like a WWII hero, and british imagery as is a trademark of this progressive band.
The quality of any new album from BBT makes them absolutely recommendable for anybody into prog rock. (scary denomination for some).
Lets say that this is prog-rock due to the great musicianship, odd time signatures, great stories, long and shorter songs.
If you, like I did, years ago, bought my first album from this band just guided by reviews, I can say that there is no bad album on their catalog even though the tend to sound similar, they're all great.
The nice digi-packaging also (always including lyrics, artwork and photos) is the perfect excuse to have them on CD.
Love this band, they should create a logo with their name and include it on each front cover, it's kind of strange not having one on it.
Great music inside great artwork.
What else can you ask for?.

Brian H.
5.0 out of 5 stars Gets Better With Every Listen
Reviewed in the United States on June 19, 2017
Verified Purchase
Every album by this band is excellent, but especially everything with their most recent lead vocalist, David Longdon. My favorites are The Underfall Yard and Far Skies, Deep Time, and I love English Electric, but this new album, just like the previous one, Folklore, grew on me quickly and gets better with every listen.
Read more
4 people found this helpful
Helpful
Comment Report abuse

Sean Duffy
5.0 out of 5 stars The Incredible Power Of Big Big Train
Reviewed in the United States on August 19, 2017
Verified Purchase
I should be used to this by now. Every time I get a new Big Big Train release, it skyrockets to the top of my personal favorites. Set the waybac machine to 1973. I had just entered the prog sphere of influence, and there were mainly European bands available to me. I hung on each new release. The bands were so amazing, I could hardly wait to see what was next. My standards were annealed for a lifetime to come. Then comes a stretch of say 40 years. A void. I couldn't connect with the new stuff. I was on the first Cruise To The Edge. Bands I was comfortable with. But as I navigated the clutches of conversations I kept hearing Big Big Train. So I tracked them down. Got the current album. Didn't make it through the disc before ordering the balance of their catalog. The music just 'fit.' It wasn't a rehash of forty year old music, it was vibrant and new. Skip to Grimspound. I identified with it from the get go. Now only did I enjoy exploring it, but I also drew strength from it. As David Longdon messaged me. Music can have an incredible effect on our lives. The opportunity is yours. Realize it!
Read more
Helpful
Comment Report abuse

Nate
4.0 out of 5 stars Great Album by a Great Band
Reviewed in the United States on June 28, 2017
Verified Purchase
Very fresh and inspired. 'Folklore' lacked energy and seemed to be a rehash of 'English Electric'(Don't get me wrong, there were still excellent tracks on that release like "The Transit of Venus Across the Sun" and "London Plane"); 'Grimspound' is a welcome departure from 'Folklore'. The ushering in of some female vocals was a pleasant surprise on "The Ivy Gate". Every track was solid on this release, personal favorites of mine would include "A Mead Hall in Winter" and "Brave Captain". If you are already a fan of the magnificent Big Big Train, simply buy this album if you have not already (no thought required). Great work as usual by the beloved Big Big Train.
Read more
3 people found this helpful
Helpful
Comment Report abuse

WillieB
3.0 out of 5 stars A step back
Reviewed in the United States on May 9, 2017
Verified Purchase
I don’t think this release is up to the standard of “Folklore”, which I gave four stars, so there is no reason to give this the same rating. There are several good songs on “Grimspound” including “Brave Captain” – nice guitar and keyboard work and the violin blending with what sounds like a mellotron is exciting during the middle section. The jazzy instrumental “On the Racing Line” with the intense drumming courtesy of Nick is for sure a highlight. “Experimental Gentlemen” has its moments but at the same time haven’t we heard this before? “Meadowland” is a short mellow folky tune that is alright but again, similar. The title track is another highlight. The arrangement of this song is the reason I buy BBT. The tinkling acoustic guitar and flute intertwining during the verse, the violin that appears at the perfect time, and how the tune slowly builds to a peak is awesome. I can even handle the acapella ending that I have no clue to what words they are singing. “The Ivy Gate” is not for me, the folky beginning lasts 3:30, overstays its welcome and the rest of the tune is forgettable, as is the thirty seconds of recorded rain at the end of this song. “A Mead Hall in Winter” has a lot of changes and a proggy atmosphere but once again I get the feeling of deja-vu and they have done it better before. The closer “As the Crow Flies” is nice but doesn’t bring the spine-tingling chills I get from the closers on their previous last three albums. Audio wise, Rob Aubrey has done another great job and given us plenty of dynamic range but the overall final mix/master sounds a little muddy. If this release had been my first listen to BBT I would have rated it higher, but because they have spoiled us with so many excellent releases over the past few years, and I have heard those other releases, I can say this is a step back, therefore, 3.5 stars.
Read more
6 people found this helpful
Helpful
Comment Report abuse
See all reviews

eyeglass
5.0 out of 5 stars Brilliant
Reviewed in the United Kingdom on June 21, 2017
Verified Purchase
Brilliant. It is like the band has allowed themselves to play with a lot more freedom after the previous, well crafted, but a little too well crafted Folklore. It is like the best from Folklore and English. Personally I think this is their best album yet and I hear they are just about to release yet another album!
Read more
One person found this helpful
Report abuse

wilfbutcher
5.0 out of 5 stars BBT .. Still One of the Best
Reviewed in the United Kingdom on May 29, 2017
Verified Purchase
PROG .. PROGFOLK ... It Really Does not Matter what you Call it ... It is Just a Fantastic Album From a Band who Have Been Doing it So Well For So Long ..
Read more
3 people found this helpful
Report abuse

Kindle Customer
5.0 out of 5 stars new to this group
Reviewed in the United Kingdom on June 20, 2019
Verified Purchase
Well produced tried a couple albums by these and like them will buy more, kind of Jethro Tull meets Genesis / Yes prog rock, sound good live will see how the rest of the albums turn out.
Read more
Report abuse

Tom O'Kelly
5.0 out of 5 stars Five Stars
Reviewed in the United Kingdom on April 24, 2018
Verified Purchase
Love all of their stuff that I've heard. The lead sounds hauntingly like a younger Peter Gabriel at times
Read more
Report abuse
See all reviews

Page 1 of 1 Start overPage 1 of 1
This shopping feature will continue to load items when the Enter key is pressed. In order to navigate out of this carousel please use your heading shortcut key to navigate to the next or previous heading.
Back
Next
Pages with related products. See and discover other items: big big train