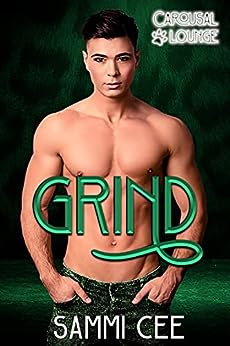 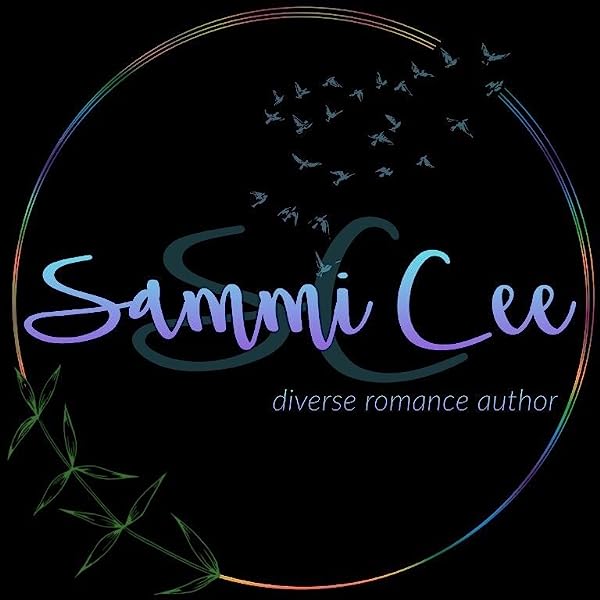 by Sammi Cee (Author) Format: Kindle Edition
Book 3 of 4: Carousal Lounge
See all formats and editions
Sorry, there was a problem loading this page. Try again.

That omega needs a spanking.

Cloud’s life is in turmoil, but why remains a mystery to his friends. Partying and his favorite moonshine only give him a night’s worth of relief, but to him it’s better than nothing.

Marco has no patience for an omega who doesn’t appreciate having so many people in his corner, but when his boss asks him to guard Cloud’s hot little body, he averts his eyes, pulls up his big boy pants, and does his job.

When Cloud considers what was almost a night of tragedy his fault, the repercussions are shocking. Can fated mates who both believe the goddess is punishing them ever find a HEA with their other half?

Continue the journey in Sammi Cee’s new mpreg shifter world with an omega getting blackout drunk, hate sex a-plenty, the same omega steaming up the stage with his new look—stilettos and makeup—back to back births, and besties who won’t let their friends run away from the best thing that’s ever happened to them.

Next 2 for you in this series See full series
Total Price: $7.98
Books In This Series (4 Books)
Complete Series
Carousal Lounge
Kindle Edition
Page 1 of 1Start OverPage 1 of 1
Previous page
Next page

Sammi Cee was raised in a family of readers. Summer vacations consisted of a good book while sitting lakeside from as far back as she could remember. After growing up and having her own children, her appreciation of how the written word could transport you on an adventure, bring you to tears, or give you hope, took on a whole new meaning.

These days Sammi is watching her children develop into fine young ladies while doing the things she enjoys most: drinking coffee, eating chocolate, and writing her own stories.

words&blankspaces
4.0 out of 5 stars 3.5 stars
Reviewed in the United States 🇺🇸 on April 18, 2022
Verified Purchase
I enjoyed this story and I liked the characters. I still don't really understand why Cloud was drowning in a bottle everyday. Was it only that he missed his family? It may not really matter but I don't recall a specific reason being said. I thought it was cute that Mystic and Cloud were best friends and they mated best friends and had their babies a week apart. There were a couple instances of the wrong name being used and then I was also confused why a lion and a lynx would have a bobcat baby. Maybe a lynx and a bobcat are the same thing but I don't believe so. I'm looking forward to reading Caesar's story next.
Read more
One person found this helpful
Helpful
Report abuse

TSF
4.0 out of 5 stars Better than expected.
Reviewed in the United States 🇺🇸 on April 7, 2022
Verified Purchase
I was really just reading this to get to the next book about Caesar but the characters drew me in and I’m glad I read this one.

The character development was pretty good and there was a different take than the insta-love of some of the other stories. It was interesting. Now on to the next!
Read more
Helpful
Report abuse

Devoted❤️Reader
4.0 out of 5 stars Take a leap
Reviewed in the United States 🇺🇸 on March 6, 2022
Verified Purchase
“There was more to this omega than I’d seen so far.” Wow, lots of surprises and reveals in this one. It makes me even more curious about what’s to come and of course a mysterious owner. I’m so happy that Cloud has his Carousel family and now Marco. He needs so much love and Marco will never fail to cherish how awesome he is, even if he needs reminding. This family makes me smile and now I’m off to find my flare.
Read more
Helpful
Report abuse

SMK9
5.0 out of 5 stars Cloud is amazing!
Reviewed in the United States 🇺🇸 on March 11, 2022
Verified Purchase
I love Cloud. He could be annoying and a bit much but you just knew there was an amazing young man under all the flash and booze. Marco was made out to be the fun loving goofball that didn't think before he spoke. But there is more to his story too and in true Goddess fashion, they are perfect together. Sammi throws some roadblocks in this one that has the reader begging for someone to make the right move which makes the story fun and interesting. Having more interaction between Cloud and Mystic is great to read as well. Sammi takes you deeper in to their friendship with this one. Another great ride on the Carousel!
Read more
Helpful
Report abuse

Lyndsay TC
4.0 out of 5 stars Cute
Reviewed in the United States 🇺🇸 on January 25, 2022
Verified Purchase
Cloud certainly didn't make it easy for Marco and I think Marco liked the challenge. Especially once he got to the bottom of what was bothering Cloud, he was able to slowly break down the walls Cloud built to protect himself. I loved seeing Mystic and Blaze in this story as well and all the men from the Carousel Lounge.
Read more
Helpful
Report abuse

Kindle Customer
5.0 out of 5 stars WOW!! So Good!!
Reviewed in the United States 🇺🇸 on May 7, 2022
Verified Purchase
Well written story and well developed characters! I laughed and I cried! And then I laughed and cried some more!! These books are so good! Best experience if read in order!
Read more
Helpful
Report abuse

She Who Shall Remain Nameless
TOP 1000 REVIEWER
4.0 out of 5 stars Another cute addition to the series
Reviewed in the United States 🇺🇸 on September 30, 2021
Verified Purchase
I wasn’t sure if I would like Cloud’s story as I don’t have much patience with people who drown their troubles in a bottle, so I was happily surprised to find how much I enjoyed his and Marco’s journey to their HEA.
Read more
One person found this helpful
Helpful
Report abuse

Rachel Blomberg
4.0 out of 5 stars Cloud gets his Alpha
Reviewed in the United States 🇺🇸 on October 9, 2021
Verified Purchase
I enjoyed reading Cloud and Marco story. It explains the mystery behind Cloud drinking problem and why Marco was so upset guarding or following him to keep him safe.
Read more
Helpful
Report abuse
See all reviews

Booklover
4.0 out of 5 stars Marco, babysitting Alpha and Cloud, his reckless charge ... resolving their pasts
Reviewed in Australia 🇦🇺 on February 27, 2022
Verified Purchase
Marco has been assigned babysitting duties for the stripper who drinks too much and spends too much time partying at the dive on the edge of town. Drunk and disorderly Cloud reveals his omega scent and they claim each other in a burst of passion. Then it's time to get to know who they are and why they do what they do. I loved their story, two honourable men who had much to overcome. Personally I found too much of the story was about support issues such as housing, Mystic's baby, family reunions etc and the ending rather abrupt. Still a very enjoyable series.
Read more
Report abuse

Tanz
4.0 out of 5 stars Le Sigh, now I have to wait for the next book
Reviewed in Australia 🇦🇺 on September 30, 2021
Verified Purchase
With every book in the series I end up with more questions….and I love it. What is there not to love when a book has mpreg, fated mates, red hot man on man lovin, cute babies, awesome friends and family and a smidge of drama thrown in. This is a great series and I am thoroughly enjoying every minute of reading them.
Read more
Report abuse

Jodie.c
5.0 out of 5 stars Cloud
Reviewed in Australia 🇦🇺 on July 31, 2022
Verified Purchase
Yea Cloud got his happy ending, I hope his brother has been ripped apart or if that’s still to come … best friends having their babies at the same time and their alphas are also best friends, just sickening sweet.
Read more
Report abuse
See all reviews
Report an issue
Does this item contain inappropriate content?
Report
Do you believe that this item violates a copyright?
Report
Does this item contain quality or formatting issues?
Report