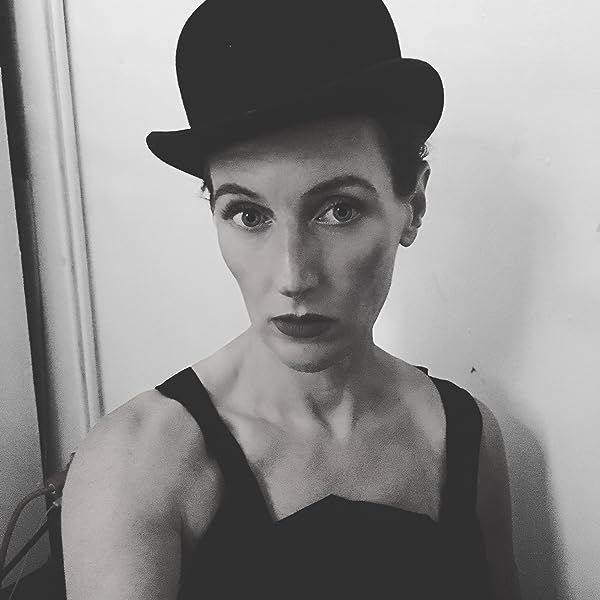 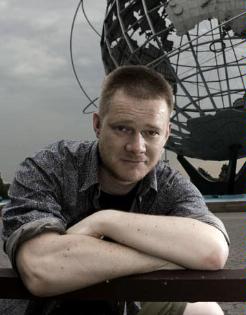 Alex de Campi is well known for her 2005 mini-series Smoke which was nominated for the Eisner Award for Best Limited Series, and her 2006 manga series, Kat & Mouse. De Campi's work falls outside the superhero genre, with Smoke being a political thriller, and Kat & Mouse detailing the adventures of two mystery-solving high school students (a "CSI for tweens"); she has published work for children and for the European market. De Campi has also ventured into filmmaking, directing a number of music videos, The author lives in London, England, UK.

Brian R. Warren
3.0 out of 5 stars Decent hybrid of pulp sci-fi and Tarantinoesque weirdness
Reviewed in the United States on May 1, 2015
Verified Purchase
This two story volume features "Bee Vixens From Mars," a modern comic-book spin on Invasion of the Bee Girls, and "Prison Ship Antares," which is essentially every "women in prison" movie except it's set in space. This collection also includes some amusing mock movie posters. The stories have sufficient gore, nudity, and all-around craziness to entertain the fan of films like From Dusk Till Dawn and Machete.
Read more
5 people found this helpful
Helpful
Comment Report abuse

SaintDemon21
2.0 out of 5 stars and I even like the attempt
Reviewed in the United States on November 20, 2014
Verified Purchase
I get the idea of brining a grindhouse picture to the a different medium, and I even like the attempt. However, the storytelling is rather jagged and most of the book is full of fake movie posters. If I was watching these films on the big screen then these details would be welcomed, but the same format does not translate well into book form.
Read more
3 people found this helpful
Helpful
Comment Report abuse

Robert Fries III
3.0 out of 5 stars Everything feels sticky
Reviewed in the United States on October 19, 2016
Verified Purchase
It definitely lives up to its title. But, since this is a comic book you get all the over the top fun, violence and craziness of a grind house or exploitation movie without any bad acting or lousy sound quality. The second feature, Prison Ship Antares, was my favorite. Recommended!
Read more
2 people found this helpful
Helpful
Comment Report abuse

Jesse Smith
5.0 out of 5 stars A Must Read!
Reviewed in the United States on November 12, 2014
Verified Purchase
Grindhouse: Doors Open at Midnight is for fans of exploitation cinema, genre film fans or for anyone that just enjoys a great story! Alex de Campi is a writer to keep an eye on. I can't recommend this book highly enough!
Read more
3 people found this helpful
Helpful
Comment Report abuse

Adam
4.0 out of 5 stars I'd say buy it if it's under $5
Reviewed in the United States on February 23, 2015
Verified Purchase
Better than what I'd thought it to be. Like the title says its grindhouse, so you have to like that style.
Read more
Helpful
Comment Report abuse

Jasmine
3.0 out of 5 stars Laughably Shocking and Thrilling
Reviewed in the United States on April 6, 2015
Grindhouse: Doors Open at Midnight Volume 1 by Alex de Campi is the literary version of a “grindhouse”, B-rated horror flick. Think along the lines of Quentin Tarantino’s grindhouse double feature and you get it, right down to the balls being mutilated. It is jam-packed with gore and sexy ladies The features of this volume are Bee Vixens from Mars and Prison Ship Antares. Bee Vixens from Mars is a short story about alien bee floating through town as incredibly sexy and friendly ladies. Their goal: breed and spread their womanly, bee-like threat, Prison Ship Antares, set in outer-space, describes the revolt of cell-block E ladies against their cruel warden whose mission is to “cleanse and purify” these castaways.

What did and did not work with these stories?

Obviously designed as sex-violence introduction for the double feature to get everyone excited. Thus, the story was pretty shallow. Practically no efforts were made to develop the characters or progress the story. However, this is how it should be done. You don’t want to bog down the anxious viewers with heavy plot details and denouements, etc. Leave that for the follow-up.

The artistry style is reminiscent of Betty and Veronica comic strips with its bright and vibrant color schemes mixed with your classic graphic novel detail. Considering that the story is rather short in both length and depth, this style of drawing pairs well. At times it was difficult to see or read what was going on, but for the most part it was a successful use. Despite this story being a sex-ploitation type story, it didn’t have much nudity or sexual references. Yes, all of the women were barely clothed, they were all very attractive, and there was a reference to some lesbian sex but considering, it was fairly mild.

Much more involved than Bee Vixens from Mars, the reader actually gets a legitimate story to follow. While it isn’t anything over the top in terms of character development, the reader is able to establish personalities and backgrounds with a few of the inmates, which made it more enjoyable for me. I love grindhouse movies but the simple plots don’t always translate well into books, hence why I preferred this story. I have an issue with how this portion of the volume was set-up, but I will review that below. A quick note- small portions of this story randomly change languages with no seeming transition or translation. I found this discerning since it took almost four pages at one point.

Almost a direct compare and contrast to the above, Prison Ship Antares was drawn a little more crudely with more neutral colors. This worked well with the prison setting as the stereotype of inmates is that they are rough characters and they usually fit a type of demographic, or you imagine them all wearing specific types of clothing, or you believe that all female inmates become lesbians… those types of ideas fit into why the graphic style works. It is interesting to note that this story actually had more nudity and sexual references than Bee Vixens from Mars. It’s addition had more of a comic effect than an erotic one.

The graphic novel made great use of the grindhouse, double feature theme. Before and after each “show” are up-and-coming features that tie into the themes of the stories, such as “Zombie Rapture” and “Black Russian”. I enjoyed the break between the stories and taking the opportunity to enjoy the artistry. I had a particularly hard time physically reading this volume. As an ebook, it had a few challenges:

1) It moves very slowly on the ereader and actually force closed many times.

2) The double features are on opposite orientations. Obviously this could be an issue if you read ebooks on your laptop. I read on a tablet so it wasn’t a huge issue.

a) I also did not realize that you had to flip to the end of the novel to start the second story until I had finished it. I had assumed that it would be formatted to accommodate for electronic reading, but it is setup exactly as the print version.

Overall, it was an enjoyable read. Within the context of what this volume is truly about, it excels. This is not a graphic novel for someone looking for a series continuation, story complexity, or even excessive gore/nudity. It simply takes you to that B-rated horror that is laughably shocking.

*I received this book in exchange for an honest review*