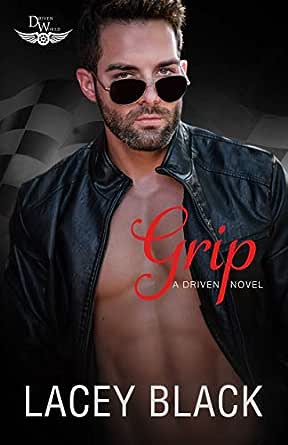 You've subscribed to The Driven World! We will preorder your items within 24 hours of when they become available. When new books are released, we'll charge your default payment method for the lowest price available during the pre-order period.
Update your device or payment method, cancel individual pre-orders or your subscription at
Your Memberships & Subscriptions
There was an error. We were unable to process your subscription due to an error. Please refresh and try again. 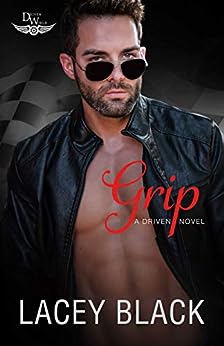 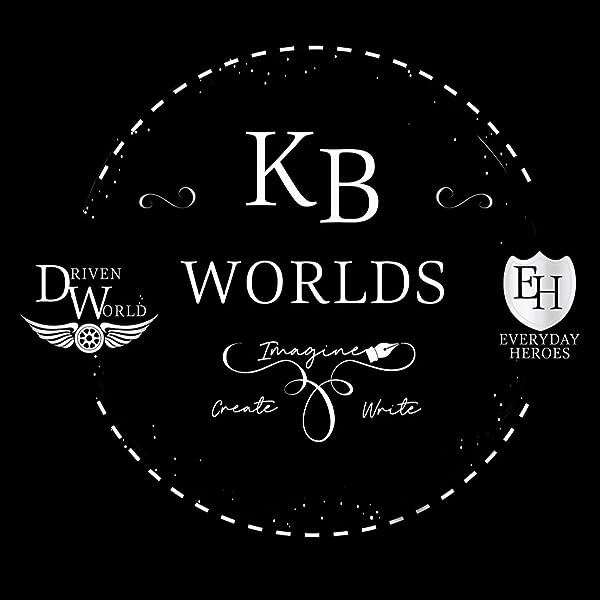 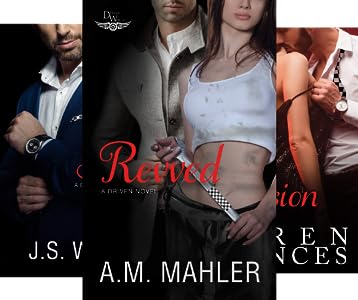 "Oh my heart, wave the white flag! Grip is an amazing second-chance romance that hits you with all the feels. One of my favorites of 2020!" -Author, Mignon Mykel

"Lacey did an amazing job giving us a peek behind the scenes of the racing world. This sweet and sexy second-chance romance is perfection!" -USA Today Bestselling Author, Molly McLain

4.6 out of 5 stars
4.6 out of 5
79 global ratings
How are ratings calculated?
To calculate the overall star rating and percentage breakdown by star, we don’t use a simple average. Instead, our system considers things like how recent a review is and if the reviewer bought the item on Amazon. It also analyzes reviews to verify trustworthiness.
Top reviews

Beckyrae99 (Becky Wise)
TOP 1000 REVIEWER
4.0 out of 5 stars wonderful
Reviewed in the United States on October 15, 2020
Verified Purchase
Grip is a wonderful addition to the Driven World. I loved every moment of this second chance racer romance. Lena is stubborn and lost. Mack was hit by a surprise he never expected and his whole world changes. I love how you feel the love still there between Mack and Lena after those few years apart. Lena helps Mack get his racing back on track. She is loving and caring to Mack's son. You feel this pull that is so strong. Mack and Lena are perfect together. I couldn't get enough of Grip.
Read more
One person found this helpful
Helpful
Comment Report abuse

Erin
5.0 out of 5 stars Hands down the best book I’ve read in 2020!
Reviewed in the United States on October 15, 2020
Verified Purchase
This second chance romance between Mack and Lena checks all the right boxes for me. If you have a soft spot for any story with an Indy driver you will enjoy this book.
Read more
One person found this helpful
Helpful
Comment Report abuse

jrlovestoread
4.0 out of 5 stars Second chance
Reviewed in the United States on October 16, 2020
Verified Purchase
Good solid storyline. Lena and Mack get a second chance to see if they can get it right this time around. Dual point of view. No cliffhanger.
Read more
Helpful
Comment Report abuse

Lisa M. Mandina
5.0 out of 5 stars I've found a new author to read!
Reviewed in the United States on October 15, 2020
I was especially excited to read this one because the characters are from Missouri, where I live. As a kid, I even went to a lot of dirt track races because my mom and stepdad were friends with one of the racers, and they even spent time as part of his pit crew. So those things made me very eager for this story. Now first of all I have to start off with how the story actually seems to be set in Kansas. The whole beginning of the book talks about all of what I thought would be in Missouri as being in Kansas. That’s not a huge big deal. I mean I work in Kansas even though I live in Missouri. But still, a bit of an error. And as a Kansas City, MISSOURI girl, who always gets irritated with concerts where the artist performing will say something like, “Hello Kansas!” and we all have to yell back Missouri or give them quiet to show they are wrong, that is something that sticks out.

But, that’s beside the point of the actual story itself. Honestly, the story was really good! And this is my first book by this author, but I’m pretty sure it won’t be my last. In fact I realized as I was getting my review ready that I do have another book by her, probably from a Kindle deal at one time, and now I’m eager to read it when I get the chance.

This is the second book I’ve read this week about a guy who ends up with a baby that he wasn’t expecting. I liked how in this story there wasn’t any bad blood between the mother and the father though, or her family and his. That made for a uniqueness that isn’t often seen, probably because that doesn’t add an extra layer of drama. Which I’m okay with. Sometimes I prefer a story without a ton of side drama.

The characters were really great, interesting and ones that I was rooting for. I liked how the guys that hung around with Mack definitely acted like you’d expect a bunch of guys to act. It was fun getting some time with Colton and even Rylee for a minute or so. While I don’t always ooh and ahh over babies, the way the author described the baby totally had me smiling at times and imagining the cuteness of him. There were some great steamy scenes along with the romantic ones. A great story, my first real successful foray into the Driven Worlds books so far, and it will keep me looking to read others.
Read more
One person found this helpful
Helpful
Comment Report abuse

Ashley Gayhart - Hampton
5.0 out of 5 stars GRIPPING story!
Reviewed in the United States on October 15, 2020
What a phenomenal flipping read. Lacey Black GRIPPED onto me with Mack and Lena's story. Not only is this author super talented anyways, but Grip is some next level stuff. This Second Chance Romance/Surprise Baby Romance deserves more than a victory lap, it deserves the Cup.

To be honest, I kind of went into Grip blind. I knew nothing going in but the title and the fantastic author that wrote it. Now, I am left in shock and wonder of the tale of Mack and Lena. Grip is my favorite work by this author this year, heck probably ever. I know Grip is based off of K. Bromberg's Driven series, but Lacey Black truly made this one her own. The world building in this story was an original. From Prologue to Epilogue the development and pace was out of this world. The depth was astounding. The dialogue and witty banter made Grip a better read for me. I like a book that can make me laugh and make me feel, and this author done that in spades. The chemistry and the connection that was so kinetic.. I could not get enough. Black done that with so much love and respect and it made all the difference.

Mack. Gahhhh, I loved him and more. This man may have not grown up knowing what love is, but he knows everything it entails. He is patient, and kind. Always willing to do what makes those he loves the happiest.

Lena grew up in your not so average household. She wants steady and calm, and that is why I think photography is suited for her.

I highly highly recommend Grip. I only wish I could get Fish's story as well.
Read more
One person found this helpful
Helpful
Comment Report abuse

gsmitty
VINE VOICE
4.0 out of 5 stars Gripping (excuse the pun!) story about the power of love!
Reviewed in the United States on October 15, 2020
Grip by Lacey Black is set in K. Bromberg's Driven World series and it was a deliciously steamy affair!

Mack and Lena are combustible. You feel the emotion, all of the feeling swirling around them from the very beginning and it'll captivate you, I promise! It sure did me!

All of the FEELS I tell you! This story gave them all to me! The build up, the tension, the sweetness, the chemistry, all of it swirling around two people that can't help the feelings the other evokes in them.

Have I mentioned the tension? The way it sizzles really keeps you on the proverbial edge of your seat as you wait to see what happens next, hoping with bated breath it'll be what you have your fingers crossed will happen! (Characters sure are stubborn sometimes but it's always worth it in the end!)

All in all this story will remind you of the importance of being happy and holding onto what makes you happy, all with some chemistry, some tension, and a whole lot of sweet moments sprinkled in! You won't regret gripping tightly as you devour this story!

P. S. I ADORE all the different ways they describe the food! Cracked me up every time something new was mentioned!
Read more
One person found this helpful
Helpful
Comment Report abuse
See all reviews

Joanne T
5.0 out of 5 stars Loved these two!
Reviewed in Canada on October 15, 2020
Verified Purchase
Second-chance romance just doesn't get any better than this. This remarkable story had me gripping my kindle from the first chapter until the very end. Some of Lacey Black's best work to date!
Read more
Report abuse
See all reviews