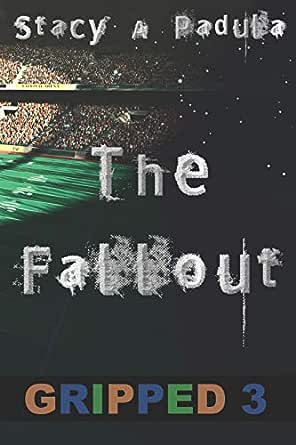 You've subscribed to Gripped! We will preorder your items within 24 hours of when they become available. When new books are released, we'll charge your default payment method for the lowest price available during the pre-order period.
Update your device or payment method, cancel individual pre-orders or your subscription at
Your Memberships & Subscriptions
There was an error. We were unable to process your subscription due to an error. Please refresh and try again. 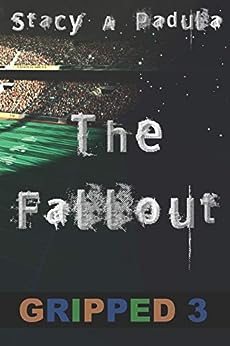 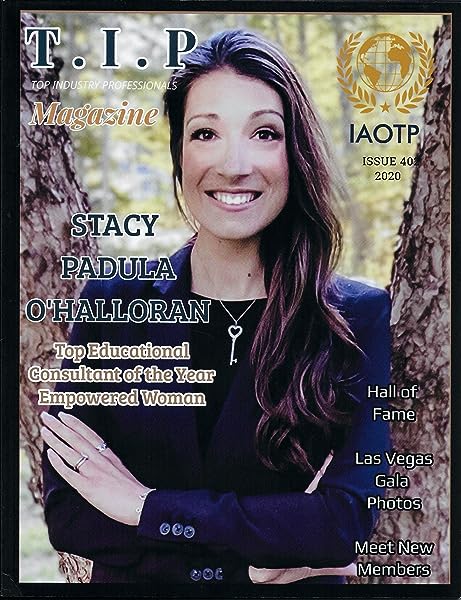 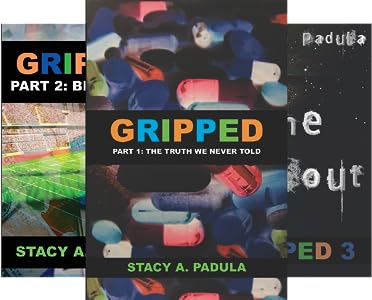 "As with the other Gripped books, both adults and younger readers will thoroughly enjoy this story and learn from the realistic depiction of the struggles that high school and college students face. Hopefully, this will spark essential conversations between friends, parents, and children." - E. Harvey, Emerson College

Stacy A. Padula, a native of Pembroke, Massachusetts, has accrued years of experience working with adolescents as a private educational consultant with extensive experience in the fields of college counseling, tutoring, and standardized test preparation, as well as a mentor, life coach, and youth group leader. Stacy is currently enrolled in the University of Pennsylvania Wharton School's online Entrepreneurship Specialization to pursue her passion for business.
Publications: Stacy Padula's first novel, "The Right Person," was published in 2010. In 2011, "When Darkness Tries to Hide" was published, and it was followed by "The Aftermath" in 2013. In 2014, both "The Battle for Innocence" and "The Forces Within" were released, and in 2015, all five books hit the shelves of Barnes & Noble. For Stacy, it was a dream come true to see her books for sale in the popular, mainstream bookstore! In 2016, Barnes & Noble chose Stacy to be a featured author for its teen book festival. In 2019, she released a new book series titled "Gripped," that takes place in the same "world" as Montgomery Lake High but focuses on different main characters. "Gripped Part 1: The Truth We Never Told" was released in February, and "Gripped Part 2: Blindsided" was released in July. "Gripped Part 3: The Fallout" is set to be released around November 1st of 2019, and "Gripped Part 4: Smoke & Mirrors" is currently being written.
Awards: Stacy Padula was featured in Marquis Who's Who in America (2018) for excellence in literature and education, Marquis Who's Who in the World (2018 & 2019), and Cambridge Who's Who for Young Professionals (2009). In 2018, she was awarded the Albert Nelson Lifetime Achievement Award, and in 2019, the International Association of Top Professionals (IAOTP of New York, NY) chose Stacy Padula as its "Top Educational Consultant of the Year."

S. Sy
5.0 out of 5 stars Love!
Reviewed in the United States on April 10, 2020
The book Gripped Part 3: The Fall Out, by Stacy Padula is the ultimate page turner. With each chapter comes a new and shocking turn. It allows for teenagers to see that mistakes are inevitable, but the way they approach fixing them can determine what type of person they are. Although Gripped Part 3 captivates young adults, parents should also pick up a book to enter the minds of their teenagers. Taylor, a main character whose world is turned upside down by opiates, struggles to find his family for support due to fear of disappointment and rejection. His story proves that there is hope for everyone and family can be the key to recovery.
Gripped Part 3 is a book that can be enjoyable for a wide range of age groups due to the compelling different perspectives displayed throughout the book. The book is beautifully written and has the ability to alter decisions teens desire to make when they read about the consequences. I rate this book a 5/5 and would highly recommend diving into the life of the Montgomery Lake High students. - Review by Olivia Syat, Sharon High School, Class of 2020

Teachermommy
5.0 out of 5 stars Gripped 3 Review - searching for redemption
Reviewed in the United States on December 30, 2019
Gripped Part 3 by Stacy Padula is a story about the search for redemption. Chris Dunkin has had his eyes opened to the impact his choices are making on his friends and his own life. Despite his desire to turn his life around, Chris realizes that he is deeply entrenched in his own mistakes. He realizes that making changes may cost him friendships, relationships, and more.
This novel is filled to the brim with teenage decisions which play out on a grand scale. An easy, but important, read for young adults, this book has many important messages between its pages. This book addresses issues which are relevant to today’s teenagers in a way which actually connects with the target audience. A five star read, this novel is a positive choice for young adults to learn the crippling effects of drugs.
Read more
One person found this helpful
Helpful
Comment Report abuse

E. Harvey
5.0 out of 5 stars Gripped Part 3: The Fallout is the fascinating third installment in the Gripped series!
Reviewed in the United States on May 29, 2020
Gripped Part 3: The Fallout is the fascinating third installment in the Gripped series, which features the young characters’ personal and group development throughout the summer before their first year of high school. This book picks up where Blindsided ended and expands on the subject of drug and alcohol use. As with the other Gripped books, both adults and younger readers will thoroughly enjoy this story and learn from the realistic depiction of the struggles that high school students face. Hopefully, this will spark essential conversations between friends, parents, and children.
One of my favorite aspects of The Fallout, in particular, is that the story not only paints a vivid picture of young adults making decisions regarding drugs and alcohol but also shows the aftermath of their choices. Readers can learn from the uncensored version of the various consequences of “having a good time” and the ways substances affect not only someone’s behavior but their overall personality and crucial relationships.
Read more
One person found this helpful
Helpful
Comment Report abuse

Joanna Dakoyannis
5.0 out of 5 stars Amazing book
Reviewed in the United States on November 5, 2019
Gripped Part 3: The Fallout, by Stacy A. Padula, is a sobering look at how teen drug use can be a destructive force in their lives. Throughout the story, we see the teens make bad choices which lead to other harmful behaviors. Jason and Cathy, two of the main characters in the story, continually use drugs in an attempt to solve other problems in their lives. The drugs not only fail to solve their problems, but ultimately end up causing them even more turmoil.
After digging themselves deeper and deeper into their addictions and damaging behaviors, many of them, through the help of family and friends see that drugs are not the solution. By the end of the story we see a turn around in Jason, Chris, Cathy, Jordan and Taylor. They vow to surround themselves with the right friends and escape the disastrous life of drug use. The story, although controversial in its discussion of the rampant drug use among teens is a must read for almost anyone in today’s society. Gripped 3: The Fallout is a five star read that shows teens it is never too late to turn your life around.
Read more
One person found this helpful
Helpful
Comment Report abuse

Sophia C
5.0 out of 5 stars A Must-Read!
Reviewed in the United States on March 19, 2020
Gripped Part 3: The Fallout is the third book in Stacy Padula’s Gripped series and is equally important as the first two books for today’s generation of teens and young adults to read. This addition to the captivating series continues the various storylines of characters in Montgomery Lake who have become entangled in a dangerous web of substance abuse. Gripped Part 3 specifically zeroes in on the jeopardization of certain relationships, such as that of Cathy Kagelli and Jason Davids, due to involvement in drugs, as well as the journey of characters, namely Chris and Taylor Dunkin, aimed at transitioning onto a better path after making a series of questionable choices.
Gripped Part 3: The Fallout is a must-read for any middle or high school student in order to better educate themselves on the dangers that come as a result of experimenting with seemingly harmless substances. This third book of the series is especially important for it highlights how and why teens get involved in alcohol and drug usage, something that all adolescents must be aware of as they enter into the chapter of their lives that is full of peer pressure. I would highly recommend this book and give it a five star rating for it not only spreads awareness about such a relevant topic, but it is also a page turner that constantly keeps you on the edge of your seat!
Read more
One person found this helpful
Helpful
Comment Report abuse
See all reviews