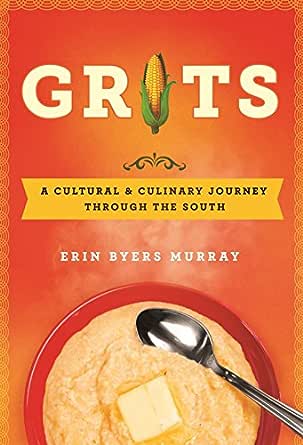 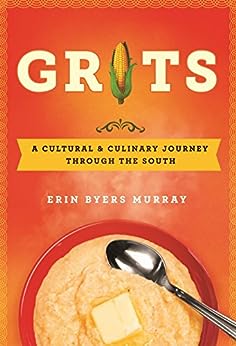 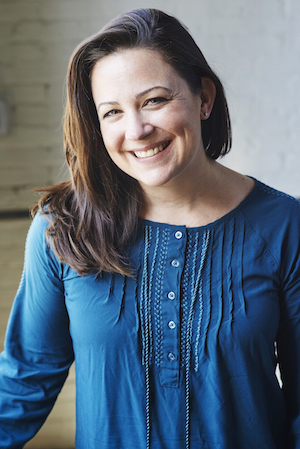 Grits: A Cultural and Culinary Journey Through the South Kindle Edition

"Grits explores the culinary and cultural complexities of the humble grit with honest curiosity and enthusiasm. You will never look at a bowl of grits the same way. Buy this book today!"―Sean Brock, chef and author of Heritage

"Erin Byers Murray’s soul-stirring travelogue is essential reading for anyone looking to understand the origins and evolution of grits. She takes us from eastern North Carolina, where Cherokee women beat dried corn kernels to make mush a thousand years ago, to the sea islands of the South Carolina Lowcountry, where enslaved Africans in the 1800s cooked grits to nourish their families, to Oxford, Mississippi in the 21st century, where women restoring an old mill is an act of resistance to Big Agriculture. After reading Grits, we’ll always approach that bowl of creamy, nubbly corn grits with a fresh mindfulness―and absolute awe at their deliciousness!"―Matt Lee and Ted Lee, authors of The Lee Bros. Charleston Kitchen

"Grits is a delightful and authoritative look at the life and times of a familiar southern culinary staple. Murray shows how grits, created by Native American cooks, were eventually treasured by people from all walks of life in the American South: black, white, enslaved, free, poor, and wealthy. Along the journey, Murray introduces an interesting cast of characters―cooks, chefs, farmers, millers, scholars and vendors―who honor this venerable dish."―Adrian Miller, James Beard Foundation Book Award-winning author of Soul Food: The Surprising Story of an American Cuisine, One Plate at a Time

"Murray’s enlightening culinary tour will be of great interest to foodies and students of Southern history and culture."―Publishers Weekly

Erin Byers Murray is a Nashville-based food writer and magazine editor. Her first book, Shucked: Life on a New England Oyster Farm, won the New England Society Book Award in 2012. In 2014, Erin collaborated with Boston Chef Jeremy Sewall to co-author The New England Kitchen: Fresh Takes on Seasonal Recipes; the cookbook was nominated for a James Beard cookbook award in the American Cooking category and won the New England Society of New York book award for a specialty book in 2015. Erin has been the recipient of the Les Dames d’Escoffier MFK Fisher Award for Excellence in Culinary Writing and her work has appeared in three editions of Best Food Writing as well as publications including Food & Wine, the Boston Globe, The Local Palate, Lucky Peach, Edible Boston,Modern Farmer, Wine & Spirits, the Huffington Post, theatlantic.com, and more. Today, Erin is an editor and food writer for Nashville Lifestyles magazine.

Speaktomimi
5.0 out of 5 stars Great Foodie Read!
December 15, 2018
Format: HardcoverVerified Purchase
I always enjoy a good foodie book, and this one is particularly delicious. It's a great mix of research, insightful description and humor. Erin Byers Murray writes interesting stories about the people who are passionate about growing and milling artisanal corn to produce the kind of grits used by so many of today's outstanding chefs in our favorite restaurants and kitchens....truly a farm to table story. Her extensive journey throughout the South, to discover the "true grit" on grits is remarkable. Grits is a well-written and entertaining read. Dob't miss it!
Read more
4 people found this helpful
Helpful
Comment Report abuse

mostly Cajun
2.0 out of 5 stars Diving for recipes
May 29, 2019
Format: Kindle EditionVerified Purchase
I bought this book because I enjoy recipes in a historical context. That does in fact exist in this tome. We learn about historical varieties of corn, stories of water wheels, grinding stones, family-run mills, all of which is pleasant.

What you also get stuffed up your nose is endless preaching about the poor, down-trodden unfortunate minorities and poor and how we would have never gotten this particular staple without The Man stomping upon the innocents.

Please, it's supposed to be about food, folks.

Sweetjack
4.0 out of 5 stars History and origin
July 2, 2019
Format: HardcoverVerified Purchase
Easy to read, understand and enjoy!
Grits have been a staple in our family, for any meal in a variety of platings!
Our parents were from Alabama who came north. Most of us were born and raised in Ohio. We learned “as long as you have grits you will never be hungry”. The tradition has endured thru 3 generations. So this book will be signed and passed throughout the family and kept with the Bible’s. It’s a keeper!

Samuel Sims
4.0 out of 5 stars good condition
June 29, 2019
Format: HardcoverVerified Purchase
I was planning to give as a gift but it has a black dot in marker on the bottom of the book when it is closed like it was marked for clearance.
Read more
Helpful
Comment Report abuse

Iris
2.0 out of 5 stars Not a recipe book
March 24, 2019
Format: Kindle EditionVerified Purchase
I bought this book for recipes. I counted 13, most of which I had. It is a great store of all information you ever wanted to know about grits.
Read more
One person found this helpful
Helpful
Comment Report abuse

Tristan Cavalry
5.0 out of 5 stars Great book!
February 14, 2019
Format: HardcoverVerified Purchase
Fantastic book, both in terms of the breadth of knowledge about the topic and the creative way the author approached it.
Read more
2 people found this helpful
Helpful
Comment Report abuse