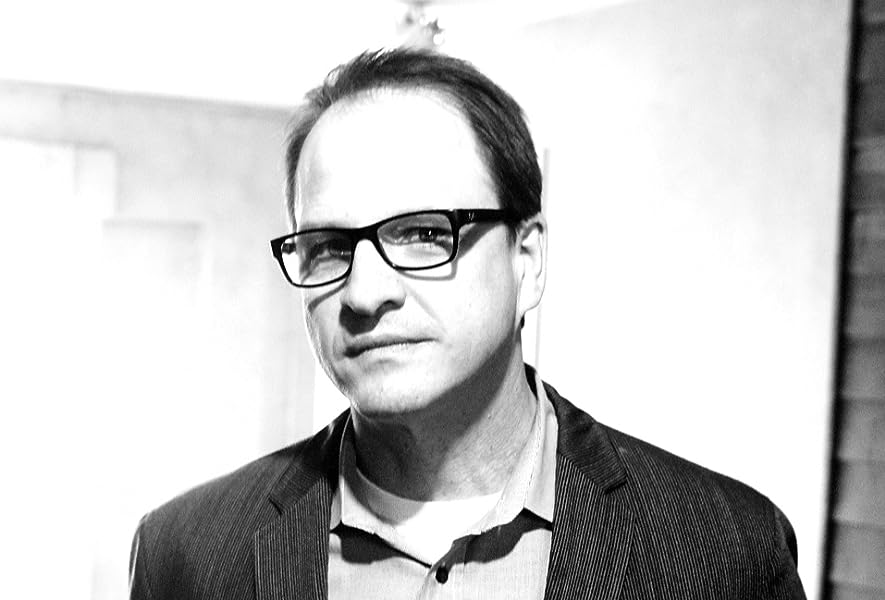 "Hard-edged with a deft eye and ear portraying the stone cold graspers hustling for their illicit piece of the illusory rainbow, S.W. Lauden delivers the delicious jagged goods in Grizzly Season."
—Gary Phillips, author of 3 the Hard Way

"Lauden's new novel is wired with promises and threats that anything just might happen, and then it does—again and again. The furious pace never lets up. By the end you'll be bruised by the ferocious beauty of Grizzly Season."
—Joseph Di Prisco, author of The Alzhammer and The Pope of Brooklyn

"The heart of Los Angeles pumps fast and hard in this modern noir mystery packed with immediate action that doesn’t stop for a beat. Lauden laces Grizzly Season with so many twists, readers won’t know what hit them."
—Anne Tibbets, contributing editor at The International Thriller Writers e-magazine, The Big Thrill, author of Carrier and Walled, plus Extinction Biome as Addison Gunn

"BCC pumps fresh blood into the corpse of American mystery. Lauden debuts with the storytelling ease of a veteran author. It's fun, sun-scorched, and salty as the beaches it hails from."
—Tom Pitts, author of Hustle and Knuckleball

"Like a punk rock Lew Archer novel, Bad Citizen Corporation challenges you to keep up with the twists and turns. A murder mystery that goes from sun-kissed L.A. beaches to dirty rock clubs in a story filled with damaged souls and the lasting bonds of friendship."
—Eric Beetner, author of Rumrunners and The Devil Doesn't Want Me

"Carrying on in the tradition of musician turned mystery writers like Jo Nesbo and Bill Moody, SW Lauden’s Bad Citizen Corporation pounds out an impressive rock-and-roll thriller. The story comes on strong and never lags behind its neck-breaking beat. Greg Salem, part-time punk rocker, now disgraced cop, plays like the bastard love child of Poly Styrene and James M. Cain. Add to the mix murder and mayhem—the girl who got away, seedy bars, real estate scams, vengeful heiresses, and an oddball assortment of thugs from the old neighborhood—drop it all under the warm Californian sun, and you’ve got the hit song—and must read—of the season."
—Joe Clifford, author of Junkie Love and Lamentation

“Between thrilling action, a terribly interesting protagonist, fascinating and terrifying villains, and an extremely well-drawn supporting cast…Grizzly Season delivers in a big way. Big action, big guns, lots of blood spilled, sex, drugs…all of the fun shit. On top of that, you gain a better perspective of Salem and leave dying to know what happens next. It’s everything you want the middle of a trilogy to be.”

“Grizzly Season isn’t a novel about the drug trade. It is a novel about American drug paranoia. Magnus Ursus is a boogeyman hellbent on either indoctrinating young minds or destroying them with his new, demented, hypertoxic drug. He inspires the kind of terror that keeps concerned mothers up at night.”

Highly Recommended: “Grizzly Season offers readers the perfect mix of sex, drugs, and (punk) rock-n-roll, but also infuses it with heart, heart-break, and most importantly, a poet’s touch. Lauden offers so much more than a standard PI read, he offers up a raw, gritty picture of the life of the PI, warts and all.”

—Derrick Horodyski, Out of the Gutter

S W Lauden's short fiction has been published by Out of the Gutter, Criminal Element, Dark Corners, Dead Guns Magazine, Akashic Books, WeirdBook, Spelk Fiction, Shotgun Honey, and Crimespree Magazine. His debut novel, Bad Citizen Corporation, the first installment of the Greg Salem thrillers, was published by Rare Bird Books in 2015. His novella, Crosswise, was published by Down & Out Books in 2016.
Start reading on your Kindle in under a minute.

4.9 out of 5 stars
4.9 out of 5
11 customer ratings
How does Amazon calculate star ratings?
Amazon calculates a product’s star ratings based on a machine learned model instead of a raw data average. The model takes into account factors including the age of a rating, whether the ratings are from verified purchasers, and factors that establish reviewer trustworthiness.
Top reviews

Morgan F.
5.0 out of 5 stars Grizzly Season ROARS!!!!
Reviewed in the United States on November 3, 2016
Verified Purchase
Thrilling page-turner! From the cold & rough seas to the maze of mountain roads, Lauden weaves a brilliant web of debaucherous drama thru the bay cities. Picking up where his debut novel left off, Grizzly Season is a high octane ride that does not disappoint. No sophomore slump here. I was with protagonist Greg Salem every step of the way as he struggles to connect the myriad dots Lauren seeds along they way. And once he does you realize the sublime brilliance behind the novel's narrative structure. But behind all that it's just a joy to read. Fun fast scary... leaves you wanting more. Love the ending. Move over Harry Bosh.. there's a new Sheriff in town! Can't wait for the next one!
Read more
One person found this helpful
Helpful
Comment Report abuse

DC
5.0 out of 5 stars Another GREAT S. W
Reviewed in the United States on November 28, 2016
Verified Purchase
Another GREAT S.W. Lauden novel! Was happy to get my Amazon box with Grizzly Season to get me through a cold. Smart writing. Great pace. Looking forward to his next one.
Read more
One person found this helpful
Helpful
Comment Report abuse

HLV
5.0 out of 5 stars Greg Salem's Back And Better Than Ever
Reviewed in the United States on December 1, 2016
Verified Purchase
Loved "Bad Citizen Corporation," so I was excited to read the second book in the series. It didn't disappoint! So happy to see Marco playing a bigger role, along with the other cast of characters from Greg's favorite dive bar, Eddie's. Lots of interesting new characters too, and a very violent villain. Looking forward to book three.
Read more
Helpful
Comment Report abuse

Benoit Lelievre
4.0 out of 5 stars Solid sequel
Reviewed in the United States on October 31, 2016
So, I'm trying this new thing to hopefully quantify better my appreciation of a book. Tell me if you like it in the comments. Overall, I liked GRIZZLY SEASON enough but here's a breakdown of what went right and what went wrong.

- The sprawling sense of scope that both affects the mystery and the setting. Lauden is very good at this. In GRIZZLY SEASON he goes from the mountains to the beach.

- Lauden's unadorned prose that just glides off the page. The man definitely isn't a stylist, but he works his strengths. You'll have read 100 pages before you know it.

- The suspended reality of Grizzly Flats and the whole bear cult storyline.

- How different it was from BCC. It's not trying to be BCC 2.

- The book is very subplot busy, which is a thing I dig.

- There is a character I really liked from BCC who meet its doom here and I was pretty pissed about that.

That's it. I thought GRIZZLY SEASON was a worthy successor to BAD CITIZENS CORPORATION. Sure, it feels a little formatted since it's a mystery series, but S.W Lauden went out of his way to change the setting and renew the experience. If you liked the first, definitely carve time for the sequel.

Elizabeth A. White
4.0 out of 5 stars Bad Citizen Corporation
Reviewed in the United States on March 27, 2017
“Why can’t you stay out of trouble?"

That’s a question Greg Salem asks himself as often as it is posed to him. Having found himself up to his eyes in danger and drama following an on-the-job shooting (Bad Citizen Corporation), the former punk rock legend/East Los Angeles police officer is taking some time away from things to try and get his head back on straight.

Along with friend and former bandmate, Marco, Greg retreats to a cabin in the Angeles National Forest. Of course, not being able to stay out of trouble, it’s not long before he and Marco unwittingly stumble upon a marijuana growing operation deep in the forest. Unfortunately for them, the operation isn’t run by peace-and-love potheads, but a man who calls himself Magnus Ursus and who runs his operation, Grizzly Flats, with an iron fist and cult-like loyalty from his group of followers.

Turns out Magnus has been watching Salem, and attempts to strong-arm him into helping with the scheme Magnus has to get rich by unleashing into the drug scene the uber-potent strain of marijuana he’s been cultivating. As Salem quickly comes to understand, Magnus is not one to take no for an answer, and Salem barely escapes from Grizzly Flats, having to leave Marco behind in the process. What Magnus doesn’t understand is that Salem’s nobody’s fool, or pushover, and that he will do anything he has to in order to protect friends and family. The resulting showdown careens from Grizzly Flats deep in the Angeles National Forest to the California coast, leaving a trail of destruction everywhere in between.

S.W. Lauden’s debut novel, Bad Citizen Corporation, burst onto the scene in November of 2015 and made quite the splash, with good reason. In Greg Salem, readers found a complicated protagonist with a fairly unique background, one around whom Lauden built a complex mystery he made both the readers and Salem work to get to the bottom of. What’s most impressive about Grizzly Season is not that Lauden was able to duplicate the storytelling of his debut effort, but rather how drastically he shifted gears in his setting and story approach without missing a beat.

When Magnus first appears, he seems to be a straightforward representation of middle-America’s worst nightmare about drugs and the attendant crime that surrounds them come to life. If only it were that simple. As events unfold, Salem and the reader come to understand there are machinations at work that are more far-reaching than initially perceived, and Salem is forced to dig deep and go hard in his attempt to pull everyone’s bacon out of the fire.

To Lauden’s credit, he doesn’t make it easy for Salem, even allowing for some rather serious failure along the way—failure that’s not merely there as a setup for Salem to bounce back from, but that can’t be undone and which will fundamentally (re)shape Salem moving forward. Fortunately, Salem is in Lauden’s very capable hands, making this a series you’ll definitely want to keep up with.