The Groston Rules and millions of other books are available for Amazon Kindle. Learn more
Share <Embed>
Have one to sell?
Sell on Amazon 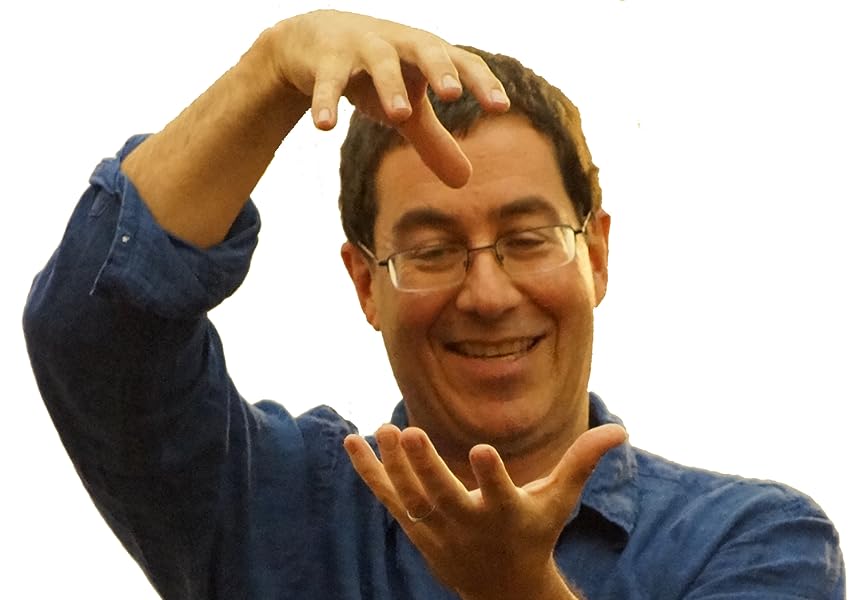 "Binder focuses on the often overlooked, average students and showcases their issues in a way that is mostly relatable. Many of their trials and tribulations could happen anywhere at any time, which is refreshing." - Motif Magazine

Mark Binder is the author of more than two-dozen books and audio books, and an Audie Award nominated performer. He lives in Providence.
Start reading The Groston Rules on your Kindle in under a minute.

thereader18
5.0 out of 5 stars Perfect for avid and reluctant readers alike.
Reviewed in the United States on November 4, 2020
Groston Rules is a new YA novel by Mark Binder. Centering on a group of friends during their senior year and the many things that go right and wrong. The story hits all the right buttons and is funny and poignant. The cast of characters are diverse without falling into the trap of just having diverse characters to check off boxes. Each character is important to the story and serves a very specific purpose.
This is definitely the kind of book to put in the hand of someone who has read and enjoyed John Greens Teen books like Paper Towns and The Fault in Our Stars. Binder cleverly uses a balanced approach to foul language. Not shying away from it and using it in a way that reflects reality. Teens in their senior year are going to swear, not having an occasional swear word in a story about senior year, would be unrealistic.
Verdict: This is a book I would give as a gift to teens who like to read and teens who aren’t crazy about reading. There is enough here to please the avid readers and reluctant readers alike.
Read more
One person found this helpful
Helpful
Report abuse

Nina Rooks Cast
5.0 out of 5 stars Great YA read
Reviewed in the United States on October 4, 2020
This book has everything - school rivalry, school disasters, enough foul language to titillate any young adult, but not gratuitous enough to piss off the parents. I highly recommend this book to all young adults, no matter which social clique they identify with themselves. Fun, entertaining and a feel good ending.
Read more
One person found this helpful
Helpful
Report abuse

Amazon Customer
5.0 out of 5 stars an excellent coming of age novel
Reviewed in the United States on November 9, 2020
The Groston Rules has a fun plot with well-drawn characters, and several interesting twists and turns. highly recommended!
Read more
One person found this helpful
Helpful
Report abuse

H
5.0 out of 5 stars Fun & Entertaining
Reviewed in the United States on January 14, 2021
The author has a way of really connecting you to his characters and pulling you in to the story. I couldn't put it down.
Read more
Helpful
Report abuse
See all reviews
Back to top
Get to Know Us
Make Money with Us
Amazon Payment Products
Let Us Help You
EnglishChoose a language for shopping. United StatesChoose a country/region for shopping.
© 1996-2021, Amazon.com, Inc. or its affiliates