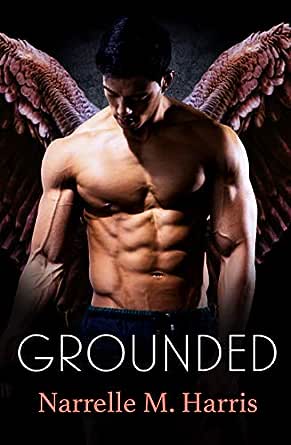 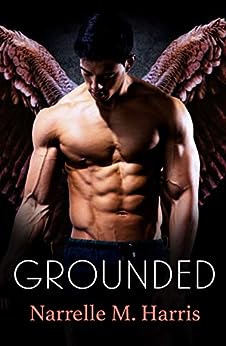 4.3 out of 5 stars
4.3 out of 5
5 customer ratings
How does Amazon calculate star ratings?
Amazon calculates a product’s star ratings based on a machine learned model instead of a raw data average. The model takes into account factors including the age of a rating, whether the ratings are from verified purchasers, and factors that establish reviewer trustworthiness.
Top reviews

D. Antonio
5.0 out of 5 stars A sweet, empowering tale of renewal
Reviewed in the United States on March 20, 2019
Verified Purchase
Grounded by Narrelle M. Harris is a sweet, empowering tale of renewal. Benedick Sasaki has to learn to deal with his new reality. No longer can he fly. As he moves into an new flightless friendly building he meets his neighbor, artist/activist Clementine Torres. She helps him realize that there is beauty on the ground that those with wings never take the time to see. She helps him realize that his new reality isn’t something to morn.
I really enjoyed this book. It made me feel for those marginalized by society because they don’t fit the “norm” but that doesn’t mean they aren’t valuable and can’t contribute. This book doesn’t preach but you get the message.

E Fitzgerald
5.0 out of 5 stars Sweet and smart
Reviewed in the United States on June 16, 2019
Grounded is one of the best paranormal romances I've read. It is smart and sweet, with some fantastic worldbuilding and genuine warmth between the characters.

The book is set in an alternate world where humans have evolved from birds rather than monkeys. While this world looks much like our own, (and is, in fact, set in an alternate version of my home town) it is clear the author has put a lot of thought into the differences that manifest. Some of these are big things, like architecture and furniture--there's not much call for elevators or chairs with backs. And some of these are small, like the jokes people tell and the slightly different turns of phrase. Then Harris goes a step further and imagines the challenges facing someone born without wings. This is not the same as being born a human as we would think of it. Instead, we're shown what it would be like to live as a being evolved to have wings but doesn't due to genetic defect. How does this body keep warm and protect its kidneys? How does one keep back musculature in shape? This is quite aside from the difficulties in getting around and finding clothes that fit.

These are the challenges that face Clementine. At first she comes across as quite an angry person--and this is certainly the impression she leaves Benedick with after their first encounter as neighbours. And there would be some justification for this, if it were true. After all, Clementine is forced to spend a lot of time fighting for the space to even exist. However, there's so much more to her than that. Unsurprisingly, she has a strong sense of justice, fighting not only for herself, but for others as well. This is paired with an eye for wonder and beauty. Her disability means she sees the world from a different angle to most and she's quick to share that with Benedick. She sees his suffering and generously steps in to help.

Benedick starts out as a bit of a mess. Having permanently injured one wing, he can no longer fly and is struggling to adjust to his new life--to the point where suicide has crossed his mind. However, he's quick to seize the lifeline Clementine offers him, intrigued by his new neighbour and the joy she sees in this world. Like her, Benedick also has a strong sense of justice. When Clementine starts receiving death threats and her artwork is vandalised, he follows the particulars of her case and advocates for her when his former co-workers are quick to dismiss her.

One of the things I loved most about Benedick was the ways in which he works against ideas of toxic masculinity. He cries several times--on his own and in front of others--as he adjusts to this situation. This is never made a big deal of, but simply shown as a natural reaction. His relationship with his brother Peri is warm and supportive; their scenes together were some of my favourite (and I really hope that one day there might be a book about Peri meeting the man of his dreams).

This book really packs a lot into such a small space, examining disability and microaggressions... and sometimes straight-up discrimination and lack of consideration. However, the pacing never feels too slow and there's a nice synergy between the development of Clementine and Benedick's relationship and the bigger issues. If I had one quibble, it's that the resolution of Clementine's case was a bit predictable, but that did not in any way detract from my enjoyment of the book.

I'd really like to read more paranormal romance of this calibre and to see more of this world, so I shall be hoping for future books from this author.

deb1210
4.0 out of 5 stars Grounded
Reviewed in the United States on March 24, 2019
Grounded was set in a world of humans with wings. Everybody can fly and if you for some reason can not fly, you are labeled as disabled.

Benedick Sasaki is a former police captain hurt in the line of duty and now grounded. He meets his neighbor Clementine who is a budding artist who was born without wings. They strike up a friendship and each help the other deal with life. I instantly felt a connection to both characters and their situation! I loved Benedick and felt bad for being hurt in the way he had been. I could feel his pain and anguish when he no longer could fly. He needed to find a new mission in life and Clementine helps him see that it is ok to miss flying, but also realize his potential being grounded.

I also very much liked Clementine. A little quirky and strong, she has been a fighter for the flightless accessibility rights her whole life. When she is threatened and her art exhibit trashed, she stood tall. I admired her resolve even when she was scared Meeting Benedick helps her see her single-minded focus could use a little loosening up. They had a burning chemistry from the start and it was simmering throughout. The mystery of the stalker added another dimension to this story.

The storyline was such an interesting one, that I found myself enthralled with the entire concept. It made me view the grounded from a totally unique perspective which I really liked. The author had a writing style which I enjoyed and the pacing was perfect. The message is clear without having to beat us over the head with it! The world held me captive and I would love to read more within it!
Read more
Helpful
Comment Report abuse

kmax1988
3.0 out of 5 stars Romance a Beat Away From the Norm
Reviewed in the United States on March 20, 2019
Grounded is a sci-fi/fantasy romance novel by Narrelle M. Harris. The story takes place in a world where humans have wings and can fly. Flight is such an essential part of life that the flightless are considered to be disabled.

Benedick Sasaki is a former police officer who lost the ability to fly when he was wounded in the line of duty. Benedick is bereft at the thought of life without flight until he meets Clementine Torres, an artist born without wings. Clementine has dedicated her life to fighting for rights of the flightless and quickly becomes Benedick’s new mentor. She introduces him to all that he has missed looking at the world only from above.

Grounded is an interesting read. I found myself thinking about accessibility from a totally different angle. The premise and plot are sound. I give this book 3 out of 5 stars and recommend it to those looking for romance a beat away from the norm.

My thanks to Escaped Publishing and NetGalley for the opportunity to read an advance copy. However the opinions expressed in this review are 100% mine and mine alone.
Read more
Helpful
Comment Report abuse

Leanne
5.0 out of 5 stars Unique..I loved it
Reviewed in the United States on March 20, 2019
A different world..a world of flying people. Those that can't, are considered disabled. I'm thinking the winged are elitists for the most part. A cop winged by a bullet has to adapt to his new life. His neighbour is a feisty little non-winged artist, I really liked her.
As an accessibility liaison in my job I was cheering for the underdogs.
This book was thoroughly entertaining, I was so invested in the story and the characters. I love a good paranormal and this one was quite unique.
Read more
Helpful
Comment Report abuse
See all reviews from the United States