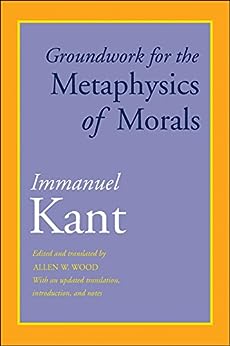 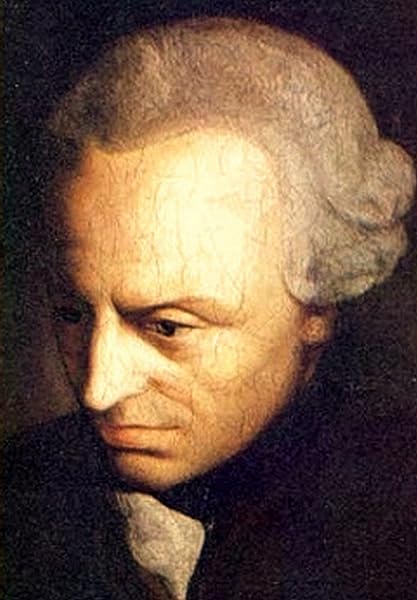 Groundwork for the Metaphysics of Morals: With an Updated Translation, Introduction, and Notes Kindle Edition

"This is a good translation of Kant's historically important though brief essay on the foundation of moral theory. Recommended for upper-division undergraduate and graduate students." Choice

"The new translation by the late Mary Gregor of Kant's classic work on moral theory ought to become the standard edition for both ethics and Kant courses." Ethics --This text refers to an alternate kindle_edition edition.

A new edition of one of the most influential works in moral philosophy ever written. --This text refers to an alternate kindle_edition edition.

Immanuel Kant's Groundwork of the Metaphysics of Morals ranks alongside Plato's Republic and Aristotle's Nicomachean Ethics as one of the most profound and influential works in moral philosophy ever written. In Kant's own words its aim is to search for and establish the supreme principle of morality, the categorical imperative. This edition presents the acclaimed translation of the text by Mary Gregor, together with an introduction by Christine M. Korsgaard that examines and explains Kant's argument. --This text refers to an alternate kindle_edition edition.

P. Rueda
5.0 out of 5 stars great introduction, expensive version
Reviewed in the United States on February 24, 2006
Verified Purchase
This version of the Groundwork of the Metaphysics of Morals provides a clear and concise introduction. You will find it useful to understand how Kant's moral philosophy fits within his general philosophy and to get acquainted with some of the debates around his work. Although this book is rather expensive for what it is, it is useful and worth buying if you are really interested in this topic.
Read more
4 people found this helpful
Helpful
Report abuse

Frances Pauken
4.0 out of 5 stars Four stars
Reviewed in the United States on November 29, 2012
Verified Purchase
The text was difficult to read, but there were translations/modifications to the text in the back of the book which made reading easier. I'd recommend it to anyone interested in moral philosophy and ethics.
Read more
One person found this helpful
Helpful
Report abuse

sheree
5.0 out of 5 stars Five Stars
Reviewed in the United States on May 21, 2015
Verified Purchase
Read it
Read more
Helpful
Report abuse

Ahmand Page
5.0 out of 5 stars Five Stars
Reviewed in the United States on May 13, 2017
Verified Purchase
Thank you
Read more
Helpful
Report abuse

ctdreyer
5.0 out of 5 stars One of the Great Works in Moral Philosophy
Reviewed in the United States on March 1, 2004
Kant's Groundwork of the Metaphysics of Morals is probably the single most influential work of philosophical ethics since Aristotle's Nichomachean Ethics. While Kant himself considered this a sort of introduction to ethical thinking, it's come to be his most influential and widely read work on ethics. Despite its length--it's less than a hundred pages--this is a work of remarkable depth and intellectual insight.
This isn't an easy work, however. It needs to be read and re-read (and, I suppose, re-read) to be fully understood and appreciated. I've never found Kant as difficult and obscure as his reputation would suggest, but as a writer of philosophical prose he's certainly not the caliber of, say, Hume or Descartes. As many have noted, Kant is the first great philosopher of the modern era to have been an academic, and it shows. He writes long, meandering sentences, and the organization of his works leaves quite a bit to be desired. Furthermore, his penchant for arcane terminology and architechtonic can make his work seem more forbidding than it is. Still, Kant's ideas in the Groundwork, while subtle and sometimes elusive, are profound and original, and this book is a must-read for anyone interested in philosophical ethics. I should also note that the importance of this book isn't solely historical since there has been a recent resurgence of Kantian moral thinking in the English-speaking world.
Kant's aim in the Groundwork is to discover the fundamental principle of morality. In the first section he attempts to derive this fundamental principle from ordinary moral thought. In particular, he attempts to derive this principle from considerations concerning what is unconditionally good. Kant claims that the only thing that is unconditionally good is a good will. Moreover, its goodness is not a matter of the results of acting on a good will; it is good in itself. As a matter of fact, Kant claims that the results of an action done with a good will and the aims and inclinations of the agent with the good will are morally insignificant.
What, then, is it to act with a good will? It is, Kant argues, a matter of doing one's duty for duty's sake, regardless of one's feeling and the results of doing so. What is it to act from duty's sake? It is to act from principles that accord with the fundamental principle of morality. And here we get the first formulation of the fundamental principle of morality: act only on maxims that you can consistently will to be universal laws. In other words, if one is unable to will the principle of one's action to become a universal law, the action is morally impermissible.
In the second section of the Groundwork Kant attempts to draw the same conclusion from some philosophical points about the nature of duty. He begins by claiming that our knowledge of our duty is a priori and based on the exercise of reason. He then argues that facts about our duties are necessary facts, and that this shows that they must be based on a categorical imperative: that is, that our duties apply to us insofar as we are rational beings, irrespective of the contingent aspects of their nature. And, Kant argues, the one categorical imperative is the fundamental principle of morality mentioned above. He then applies this principle to some examples in order to display just how it grounds our duties in particular cases.
The rest of the second section is filled with lots of interesting, albeit abstruse, ideas. First, Kant attempts to ground the categorical imperative in something that is of unconditional worth. What is that something? The existence of rational beings, which, he says, is an end in itself. And this leads to a second formulation of the categorical imperative: (ii) act only in such a way that you treat humanity, whether in the person of yourself or someone else, as an end and never merely as a means.
This section also includes a third formulation of the categorical imperative: (iii) act only on maxims that you could will to become universal laws legislated by your own will. This formulation encapsulates Kant's claim that we can achieve autonomy only by acting in accordance with the moral law. Conformity with the moral law does not constrain our freedom since we legislate the moral law for ourselves. The moral law is not forced on us from without; its source is to be found in our own rational nature. Indeed, it is only by acting morally that we are able to achieve genuine freedom by transcending the contingent desires and inclinations that are beyond our control.
Of course, that doesn't come close to summing up the Groundwork. But it's a start.
Gregor's translation of Kant's text is fairly clear. She does her best to render Kant's work in readable English prose, and she usually succeeds in this endeavor. I also think Kant's main ideas come through pretty well in this translation. Moreover, this is likely to become something like the standard edition of Kant's Groundwork in the future, since this translation is the one that appears in the Cambridge Edition of the Works of Immanuel Kant.
Read more
57 people found this helpful
Helpful
Report abuse
See all reviews

Cameron Aedhon
5.0 out of 5 stars Kant Never Fails
Reviewed in Canada on September 21, 2016
Verified Purchase
Kant's Groundwork of the Metaphysics of Morals is the basic text which introduces you to Immanual Kant's whole idea of what morality is and how he believes goodness to be inherent in all of mankind, whether brought up in the Christian faith or not. This text is a must have for any philosophy major! Kantian or not, you will find a bit of yourself in what he has written!
Read more
Report abuse