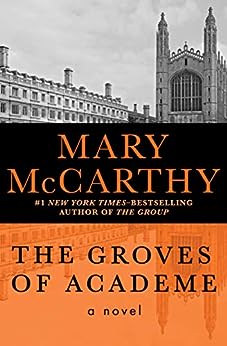 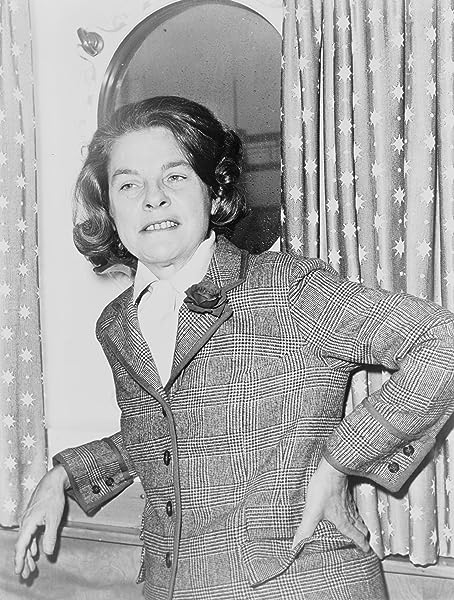 “Extraordinary . . . It sparkles with wit and insight. . . . The Groves of Academe is a brilliantly stinging story of trouble in Paradise.” —The New York Times
“A brilliant writer with a rare talent for corrosive satire.” —The Atlantic Monthly
“No label can describe her book. It is a product of one of the most stunning talents today.” —Saturday Review

Mary McCarthy (1912–1989) was an American literary critic and author of more than two dozen books including the 1963 New York Times bestseller The Group. Born in Seattle, McCarthy studied at Vassar College in Poughkeepsie, New York, and graduated in 1933. After moving to New York City, McCarthy became known for her incisive writing as a contributor to publications such as the Nation, the New Republic, and the New York Review of Books. Her debut novel, The Company She Keeps (1942), initiated her ascent to become one of the most celebrated writers of her generation, a reputation bolstered by the publication of her autobiography Memories of a Catholic Girlhood in 1957, as well as that of her now-classic novel The Group.

3.2 out of 5 stars
3.2 out of 5
20 global ratings
How are ratings calculated?
To calculate the overall star rating and percentage breakdown by star, we don’t use a simple average. Instead, our system considers things like how recent a review is and if the reviewer bought the item on Amazon. It also analyzes reviews to verify trustworthiness.
Top reviews

Sharon Baldwin
1.0 out of 5 stars Nasty
Reviewed in the United States on February 6, 2020
Verified Purchase
This is a nasty book that meanly makes fun of all the characters. Set in a women's college, it describes one lecturer's misguided attempt to keep his job by underhanded means. While some of the writing is quite good, it is in no way an enjoyable book and my advice is to skip it.
Read more
One person found this helpful
Helpful
Report abuse

ilprofessore
4.0 out of 5 stars Theater of the Mind
Reviewed in the United States on October 18, 2015
Verified Purchase
Whereas today’s modern novel, particularly the fashionable one approved by critic and public, the one that sells, often resembles the screenplay with its pages of dialogue and violent physical activity, Mary McCarthy’s novel is in a class of its own. Hers is not a book of dramatic action in the theatrical sense: most of the time her characters sit at a dinner table, by the fireplace, in an office and talk—talk brilliantly, it must be said—in a way few of us can. Thoughts and allusions pour forth uninhibited by the usual “y’know”s that pepper modern conversation. There are no dummy’s in Mary’s academic world, no incomplete sentences nor four letter words; her characters think, or avoiding doing so, and therein lies the special charm of her writing. It is theater of the mind. The dramatic conflict of ideas and brilliantly invented self-deceptions and lies. It is not so much what people do, for very often her characters do nothing, although they spend a great deal of time contemplating the act, but what they think about doing that gives her a special insight into the academic mind. In this book, written in 1951, the time of other venomous McCarthy writes about a defining moment in American life. The death of liberalism and idealism. Mary cast a cold eye, and often cold water on her subjects. She is not a satirist so much as a ship’s reporter trapped on a ship of fools. It has often be said that she has little compassion for her characters. Not true, of course. There are no heroes or heroines in her world. Just people, as they are. You may find her view of the world repellent or disturbing, but it is accurate. She chooses to see. So few of us do.
Read more
11 people found this helpful
Helpful
Report abuse

Candace S. Huxhold
3.0 out of 5 stars Love The Author
Reviewed in the United States on August 6, 2020
Verified Purchase
Love the author but not impressed with this book. Maybe just not in love with the story. It happens.
Read more
Helpful
Report abuse

Peter Lorenzi
2.0 out of 5 stars Language more literary than illuminating
Reviewed in the United States on December 31, 2001
Verified Purchase
With my interest in the academic genre -- David Lodge is good, light humor, Richard Russo's "Straight Man" was a wonderful, comedic treat -- Amazon directed me to "Groves", where I quickly proceeded to become lost among the trees.
Like Kingsley Amis' "Lucky Jim", a book I found to be absent much appeal, McCarthy offers a highly literate analysis of the travails of a male professor struggling at university after World War II. McCarthy's Henry Mulcahy is strapped by poverty, with a sickly wife and four children, in a temporary teaching position offered, in part, out of a sense of guilt by the college president. Then Mulcahy gets the dreaded and unexpected "non-renewal" letter.
Some aspects of academic life have not changed in fifty years: petty squabbles and politics, the longing for job security, the poor wages of some professors, the need for intrinsic interest in teaching, the complaints about students' habits. But the focus on communism and loyalty oaths as a basis for job insecurity is a distant memory to most people. And Mulcahy's own dishonesty (or grasp of reality) left me confused rather than sympathetic. Rather I found myself attuned to Mulcahy's nemesis, the president.
The story is simple yet the tone of the book put me off. There was more philosophy than conversation, and when academics did speak, they spoke in a fashion most would find hard to expect in conversation. I grew bored. The characters weren't that interesting despite their intelligence, and I found myself speed reading the last thirty pages. And I found myself as displeased with "Groves" as I had been with "Lucky Jim".
Sometimes very literate and well-educated authors don't translate well to my level, to meet my self-admittedly need for a clearer, more linear story and engaging characters.

Wanda B. Red
VINE VOICE
4.0 out of 5 stars Witty, not funny
Reviewed in the United States on August 29, 2012
Verified Purchase
It's true that this isn't a lively book, also that it's not easy to like or sympathize with any of the chief characters--especially the protagonist, the distasteful Henry Mulcahy, whose pink slip precipitates the book's action. There actually isn't much "action" in this psychological novel. True to life, academic politics at progressive Jocelyn College takes place in conversations and plottings that happen behind the scenes. Written in the early 50s, the novel also bears witness in fascinating ways to the paranoia spawned by the (Joseph) McCarthy era.

Despite Henry's unlikelihood--his unhealthy, narcissistic, and mean-spirited personality is constantly in evidence--he turns out to be a star at this game of manipulation. The delight in the book lies in McCarthy's inimitable ability to represent the inner thought processes and psychological maneuverings that lead to the surprising denouement (not to be revealed in this review). One of the first academic novels, this founding member of the genre is not to be missed by anyone interested in this form or fond of McCarthy's biting brilliance.
Read more
9 people found this helpful
Helpful
Report abuse

Patricia Neukom
3.0 out of 5 stars Three Stars
Reviewed in the United States on August 17, 2016
Verified Purchase
Very funny in places but uneven. THE GROUP is a much better book.
Read more
One person found this helpful
Helpful
Report abuse

Amazon Customer
2.0 out of 5 stars Not my taste
Reviewed in the United States on May 28, 2016
Verified Purchase
I struggled to interest myself in the problems of the characters. The conflicts were primarily internal and academic and require tedious conversations to unwind. In the end, it was of little interest to me whether the unpleasant protagonist met an unpleasant end of not.
Read more
2 people found this helpful
Helpful
Report abuse

Reader in the Pacific
3.0 out of 5 stars A fierce battle for little gain
Reviewed in the United States on May 7, 2016
Verified Purchase
Those argumentative people in your classes who would argue for its own sake, well many of them became academics. After 45 years in academia, I had the bad fortune to see many of them split departments and colleges into factions, with no one the winner.
Read more
6 people found this helpful
Helpful
Report abuse
See all reviews