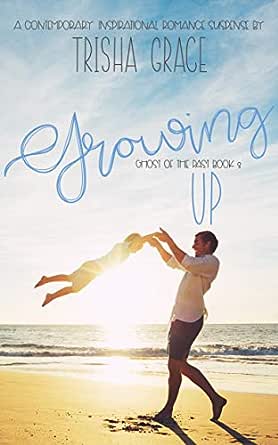 You've subscribed to Ghost Of The Past! We will preorder your items within 24 hours of when they become available. When new books are released, we'll charge your default payment method for the lowest price available during the pre-order period.
Update your device or payment method, cancel individual pre-orders or your subscription at
Your Memberships & Subscriptions
There was an error. We were unable to process your subscription due to an error. Please refresh and try again. 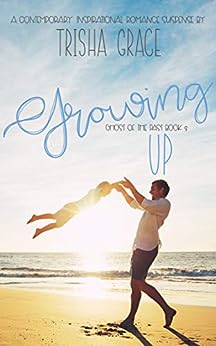 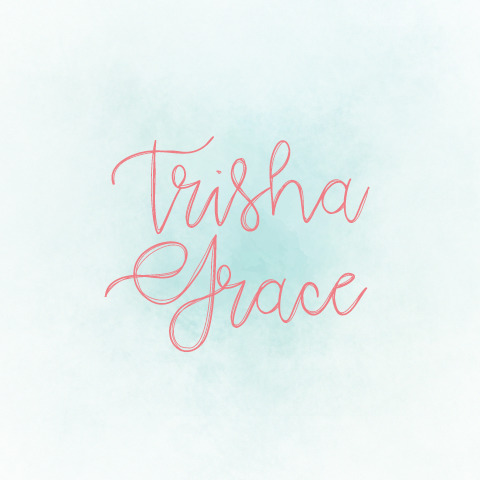 Growing Up: A Contemporary Inspirational Romantic Suspense (Ghost Of The Past Book 3) Kindle Edition 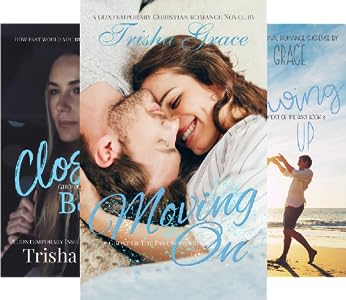 Trisha Grace graduated from Bradford University with an Accounting and Finance degree. She has always been an avid reader and has a passion for writing. After being a tutor for over six years, she finally sat down and penned her own novels. --This text refers to the paperback edition.

4.3 out of 5 stars
4.3 out of 5
38 global ratings
How are ratings calculated?
To calculate the overall star rating and percentage breakdown by star, we don’t use a simple average. Instead, our system considers things like how recent a review is and if the reviewer bought the item on Amazon. It also analyzes reviews to verify trustworthiness.
Top reviews

Amazon Customer
5.0 out of 5 stars What an amazing book. Great series
Reviewed in the United States on February 22, 2016
Verified Purchase
What an amazing book. Great series. I read this book in 4 hours. Ryan a fun loving guy runs into Ashley who he hasn't seen in years. She has a son and Ryan realizes it his is. Blake a smart young fellow has been told his Dad died. Ryan tries to rewin the heart of Ashley. At first it is because of Blake but then he realizes he still loves Ashley. Ashley grew up thinking God was going to punish her all the time because she had a child out of wedlock. Her Father tells her God is going to punish her the rest of her life and Blakes also. Her Father is a hypocrite. Ashley is afraid of having fun because it seems like God punishes her for her sin everytime she does something. Her Father has convinced her that God is angry with her. Ryan's friends: Ty and his wife Kate, Dan and Evelyn, Joseph, and Joanna try to convince her otherwise. Does she listen to anyone. Will she marry Ryan. Where does Blake fit in. Kate and Evelyn give her some tapes to listen to to show her God isn't angry with you.
That is the basis for this Book GOD ISN'T ANGRY WITH YOU. Will Ashley, Blake and Ryan become a family. Does Ashley finally find peace with God. This is a must read book. An excellant Author.
Can't wait to start on book 4 in the series.
Read more
2 people found this helpful
Helpful
Comment Report abuse

KathyR
5.0 out of 5 stars Kudos to Trisha Grace
Reviewed in the United States on June 28, 2018
Verified Purchase
Growing Up was a fabulous story that kept me wanting more. Putting the book down was challenging! Why? Each character was interwoven into the story and Trisha kept it moving at a consistent pace. You wanted to know more and she gave it to you without eliminating any of the stories that threaded the entire family together! So looking forward to her 4th Ghost Book in this series!
Read more
Helpful
Comment Report abuse

M Jane Elder
4.0 out of 5 stars A twisting plot with a happy ending
Reviewed in the United States on March 18, 2016
Verified Purchase
I liked Ryan, Ashley and son becoming a family unit. Wondering where Ashley and son were for 6 years without Ryan et al knowing about the boys existence. Pleased about the faith shown by Kate and all that finally came to Ashley
Read more
One person found this helpful
Helpful
Comment Report abuse

Betsy thomas
5.0 out of 5 stars Good read
Reviewed in the United States on October 11, 2018
Verified Purchase
Loved all the twist and turns in the book. Also loved the message that was written in it. GOd is a good good father.
Read more
Helpful
Comment Report abuse

Nancy C Walker
3.0 out of 5 stars Decent suspense novel
Reviewed in the United States on May 30, 2016
Verified Purchase
I read the first two books in the series and was excited, based on the blurb, to see where this story would go. Unfortunately, I was greatly disappointed for a number of reasons.

This isn't a romance novel, which it's listed as. It's a suspense/thriller series that has involves a group of friends. Book 3 picks up where book 2 left off. The story is told from Ryan and Ashley's point of view, which is interesting because Ashley is a new character to the group. As a single mother who was raised in an abusively religious household, Ashley has a few issues that she needs to sort out. The biggest of which is that has suddenly found herself being re-introduced to that father of her child. Ryan is equally shocked to discover that Ashley had been pregnant when they broke up all those years ago.

There were several missed opportunities here for the author to subtlely show the flaw in extreme behaviour by not only Ashley's father, but also with Ryan's mother, a woman on the opposite end of the spectrum from Ashley's father. Both Ashley and Ryan find out life changing facts about their parents but they were downplayed and wrapped up quickly.

This may have also been part of the reason that Kate had become something of a zealot. In the first book Kate was a character that happened to be Christian and her actions and beliefs wer a part of her. In the second book she became more vocal, mostly because Evelyn was so hard headed and they had been friends for years. In this book she's forcing her religious beliefs on others in a very underhanded way. I really don't like who Kate is becoming. It's very easy to see Kate becoming the same character that Ashley's father is in the next few books.

Rather than focus on Ryan and Ashley's relationship, or how their parent's behevaiour affected them, it focuses on the same storyline from the preivous two books. The exact same plot that was settled in the last book is brought back. At some points I had to put the book down because the storyline had become so unbelievably ridiculous that I needed a break from it.

The story, despite never ending, is well written. The story flows well and it's not aweful as long as you remember that it's not a romance book.
Read more
Helpful
Comment Report abuse

Golden Girl
4.0 out of 5 stars Growing Up - series conclusion
Reviewed in the United States on April 26, 2015
Verified Purchase
Enjoyable read, filled with love, suspense, reflecting and growing up. I would have given it 5 stars if the editor(s) had done a better job. It could be read as a stand alone book but it is much better following the first two books of the series.
Read more
Helpful
Comment Report abuse

Kindle Customer
5.0 out of 5 stars Awesome
Reviewed in the United States on September 15, 2017
Verified Purchase
Trisha is a gifted author. It is hard to put the book down. I re
commend her books to all readers.
Read more
One person found this helpful
Helpful
Comment Report abuse
See all reviews

A Hornsby
5.0 out of 5 stars Five Stars
Reviewed in the United Kingdom on November 30, 2017
Verified Purchase
A very exciting and thrilling book.
Read more
Report abuse
See all reviews