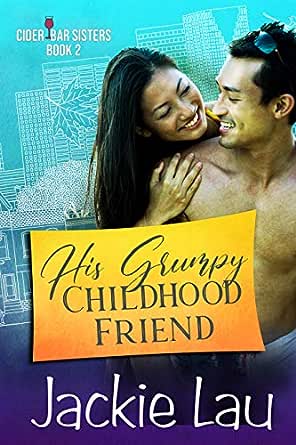 You've subscribed to Cider Bar Sisters! We will preorder your items within 24 hours of when they become available. When new books are released, we'll charge your default payment method for the lowest price available during the pre-order period.
Update your device or payment method, cancel individual pre-orders or your subscription at
Your Memberships & Subscriptions
There was an error. We were unable to process your subscription due to an error. Please refresh and try again. 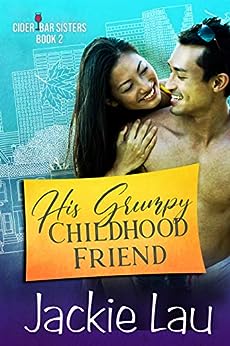 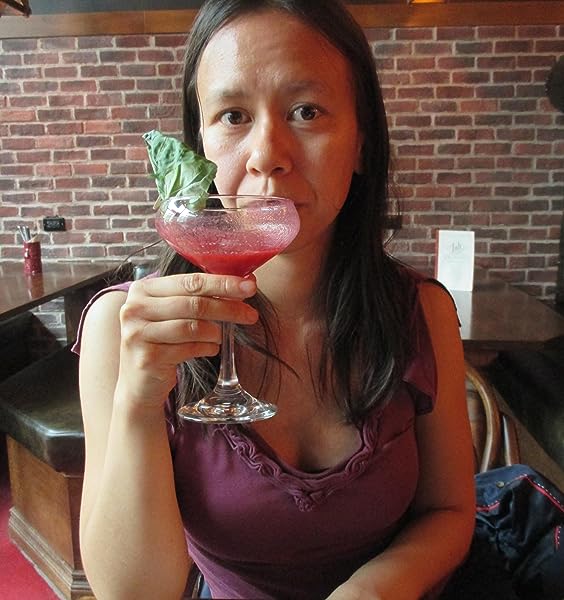 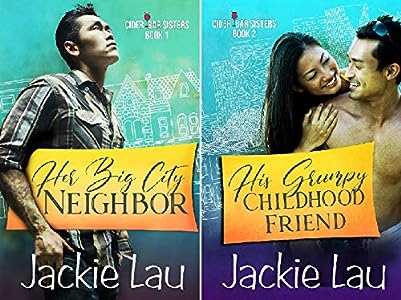 Lauren S.
4.0 out of 5 stars Low-angst and fluffy
Reviewed in the United States on October 27, 2020
I could go on forever about how much I like Jackie Lau’s books. And this one is fake dating with a childhood friend! Delightful tropes, plenty of humor and wacky situations, and some delicious food, this is another great book.

Charlotte hasn’t been on a date in five years, ever since she broke up with her ex-boyfriend after a baseball stadium proposal – literally her worst nightmare. She’s contemplating how to get back into the dating game when she spots her childhood best friend, Mike, at a bar, and is struck by inspiration. Someone as handsome and outgoing as Mike must obviously know what he’s doing, so she asks for him to act as her “practice date.” Though Mike doesn’t have as much practice as Charlotte thinks, he agrees because he figures the practice will be good for him, too – and he gets to spend more time with Charlotte, who he had a crush on as a teen. But practice lip-biting leads to practice kissing, and soon they’re both wondering if they should have practice sex…

“Sometimes the longer you stared at something, the less sense it made.
But with Mike, things just became clearer.
Namely, the fact that he was really freaking handsome, and she had this weird urge to grab his arm muscles.”

Charlotte’s just the best. She’s a caffeine-addicted grumpy introvert. Because she works from home, she’s able to avoid interacting with people as much as possible, except for when she meets her friends at the cider bar. Mike shows an easygoing and amiable facade to the world, but in actuality he’s a guy with low self-esteem who’s dealing with the after effects of some serious childhood trauma. Their relationship goes from old friends catching up to fake dating to realizing they both don’t have interest in dating anyone else, and it’s great fun. They both push the other just a little bit outside of their comfort zones. For example, Mike can’t take compliments – they hit a little too close to his childhood scars – so instead Charlotte creatively insults him. While Mike knows that Charlotte’s not really into crowds, he knows that she’d enjoy riding on the swan boats with him at the park. While there’s quite a bit of making out while they’re still practice dating, they both agree to try out dating for real before they hop into bed.

“Those unwanted thoughts popped into his head much less often than they used to, but it still happened on occasion, and he’d never been able to entirely shake his amazement that he was a semi-functional, independent adult.
Yet, he was standing beside the girl—the woman—who’d always made him feel like he was okay as he was.”

It’s relatively low conflict – the only factors really are them both wondering if they should go from practice dating to real dating, and then Mike’s worries that he’ll sabotage a relationship with Charlotte. Mike had a pretty awful childhood, and I’m sure some of the incidents he describes will be triggering for some readers. I definitely found a lot of his negative self-talk hard to read. With that being said, he mentions – several times – that he spent a lot of time in therapy, and he recognizes and attempts to refute the negative self-talk every time it appears. He also acknowledges that he’ll probably need more therapy in order to have a successful relationship with Charlotte. So while this particular plot point hit me a lot harder than, say, the previous book in the series, it’s still pretty fluffy overall, and quite a humorous read. There’s steampunk bars (complete with kraken!), geology pun shirts, and eggplant jokes.

I’m not sure how she does it, but somehow Jackie Lau manages to include thoughtfully done serious subjects in overall delightfully fluffy books. This is yet another great book by her, and I can’t wait for the next one in the series!

I received an advance review copy of this book from the author. This does not affect my opinion of the book or the content of my review.

MK French
5.0 out of 5 stars Low angst level romance dealing with serious childhood trauma
Reviewed in the United States on November 16, 2020
Review first posted at Girl Who Reads. A free copy was provided in exchange for an honest review.

Charlotte Tam is a cranky introvert, so a public proposal at a baseball game five years ago turned her off from the dating scene as well as her ex. A friend suggests asking a friend to go out with her to ease her into the dating game. Charlotte soon runs into Mike Guo, her childhood best friend. He’s perfect for this plan, only she starts to fall for him despite how different he is from her.

Charlotte is an extreme introvert, happily working from home and not leaving the house for days. Her friends are women she met in college when they shared a major, and meeting them once a week is “the perfect amount” of socializing for her. At the same time, she is a romantic at heart. Definitely a tough combination, when dating involves socializing and talking to someone that’s a stranger in the beginning. She has great friendships and I laughed at the ridiculous conversations with her younger sister, all of which really flesh out who she is and what she likes. While her friends, sister, and parents tease her, they never make her feel like less of a person just because she doesn’t enjoy what they do. It’s a fine distinction that comes across very well here.

Mike had a more emotionally abusive upbringing, with invalidating and cold parents that essentially had him and his siblings compete for attention. He cut off contact with them and maintains a relationship with his sister and niece, who comes across as being on the autism spectrum due to her poor socialization, niche interests, and precise speech. It’s never put down or called inappropriate, and Mike’s traumatic response to his childhood isn’t belittled, either. He has his fears of continuing the cycle, which is treated as the serious concern it is, and his past therapy was brought up as a positive reaction to process his fear.

In addition to these thoughtful touches, the back and forth between Charlotte and Mike was wonderful to read. They both are self-conscious about their faults and wish to find someone. Perhaps because they’re both in their 30’s, they realize that they’re looking for someone to complement them and complete their day, not someone to fix or someone they have to change themselves to please. It’s a mature relationship that develops naturally out of their past friendship and ease in talking, and one that I thoroughly enjoyed reading about.
Read more
Helpful
Comment Report abuse

Charlotte Tam knew she was making a big mistake when her boyfriend proposed to her in public, her worst nightmare. It's been 5 years since then and she's had no luck in the relationship department, until a chance encounter with an old childhood neighbour. Mike Guo had been one of her best friends until his family abruptly moved and they'd lost contact. Meeting him again, they strike up the same friendship and Charlotte feels comfortable with Mike, so comfortable in fact that she is able to strike a bargain with him for some dating lessons (that turn to kissing lessons, and so on). Could their fake relationship turn into something real?

I don't think Charlotte is grumpy at all! She's just introverted and likes things a certain way. I can relate to her preference for staying home over going out and being sociable. She has some very good girlfriends who understand her and don't push her to do things that are uncomfortable for her. As for Mike, he's a pretty shy guy actually, due to the emotional abuse he suffered at the hands of his parents whom he no longer has any contact with. And I appreciated that Charlotte was totally on his side and didn't tell him he should try to smooth things over with them. Even though there are some heavy topics, the book itself is mostly lighthearted and definitely sexy, Charlotte and Mike finding themselves very sexually compatible. The happy ending is well deserved for these two characters. Family, friendship, sex, challenges, romance - this is what every Jackie Lau romance brings to the table and I am here for it!
Read more
Helpful
Comment Report abuse
See all reviews