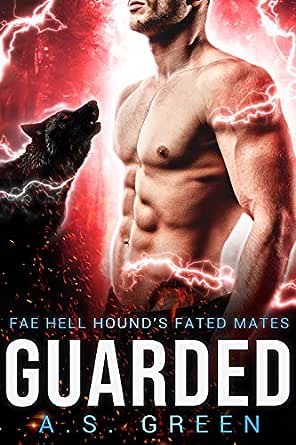 You've subscribed to Fae Hell Hound's Fated Mates! We will preorder your items within 24 hours of when they become available. When new books are released, we'll charge your default payment method for the lowest price available during the pre-order period.
Update your device or payment method, cancel individual pre-orders or your subscription at
Your Memberships & Subscriptions
There was an error. We were unable to process your subscription due to an error. Please refresh and try again. 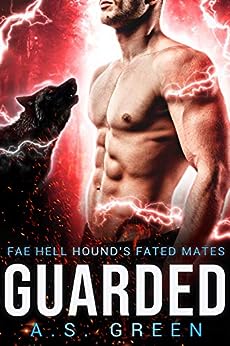 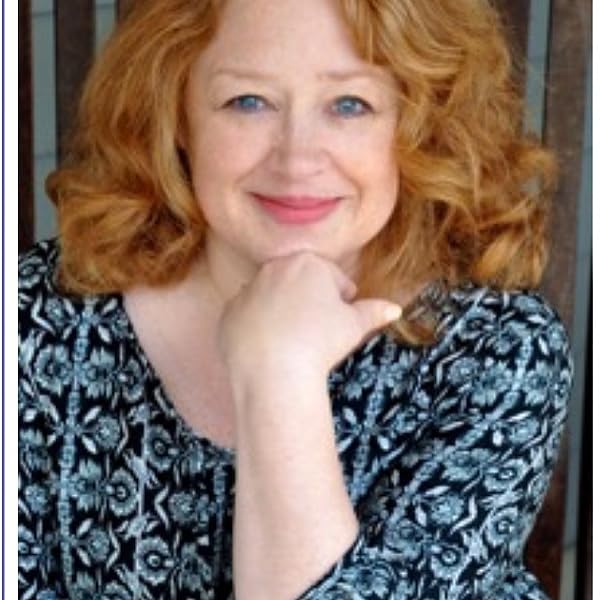 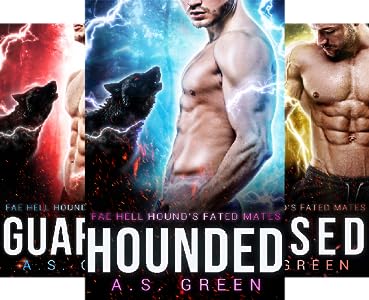 "The story continues and the plot thickens." - Kelly DeMarco, Goodreads

4.5 out of 5 stars
4.5 out of 5
77 customer ratings
How does Amazon calculate star ratings?
Amazon calculates a product’s star ratings based on a machine learned model instead of a raw data average. The model takes into account factors including the age of a rating, whether the ratings are from verified purchasers, and factors that establish reviewer trustworthiness.
Top Reviews

AnnieK69
5.0 out of 5 stars The Hell Hound and his Fae Princess. Loved Declan and Rowan
Reviewed in the United States on May 10, 2019
Verified Purchase
The Hell Hound and his Fae Princess
Declan MacConall, is a recovering addict. The murder of his parents, the death of his baby brother and the abandonment by his oldest brother took it's toll. Carmac is home and he has brought his anamchara, soul mate, with him. While he is happy for his brother, happy he is home, and loves Meghan, he knows he will never have what they have. He found his anamchara, 2 years ago, and she is out of his reach.
Rowan McNeely is of the daoine sidhe. A nurse, she has provided home care for Declan MacConall. She can't get him off her mind. As much as she wants more she know it can never be. he is Cu sidhe and she is Daoine sidhe. She is not his anamchara and the daoine don't have fated mates. His clan was at one time in servitude to hers. Many of her people look down on the Cu. She is destined to marry a Daoine who has been approved by her father.
Rowan and Declan are thrown together for a weekend, when his Doctor decides to wean him off his medications. The weekend is the anniversary of their parents death. Carmac and Meghan are getting married, wanting to attach something good to the day and Aiden will be their witness. Declan needs peace. Rowan takes on the responsibility of watching over Declan and implementing his treatment.
When the Black Castle seem to be targeting them, Declan, can no longer deny who Rowan is to him. His need to protect and claim her is to strong. His recklessness makes Rowan nervous. When a council meeting is called, she is unsure where she stands. Then her father and the male her father hopes she will choose goes missing and she blames Declan. Declan and his brothers will do call they can to find him. Rowan sees who and what the Cu, the MacConall brothers really are. She has a voice with them, what she wants, feels, matter to them and in Meghan she finds a true friend.
Fast paced, and steamy. Loved Declan and Rowan's story. Looking forward to Branna and Aiden.
Read more
One person found this helpful
Helpful
Comment Report abuse

Mandy Cakes
3.0 out of 5 stars Not this princess.
Reviewed in the United States on September 1, 2019
Verified Purchase
Don't count the princess out because she has been guarded all her life. When one wants to break free one will no matter what her father says.
Read more
Helpful
Comment Report abuse

Larcie Fitzmorris
5.0 out of 5 stars Outstanding story
Reviewed in the United States on March 13, 2019
Verified Purchase
I loved this one. The characters are fabulous, so likeable and realistic. The twists and turns that Rowan and Declan had to go through in order to be together
Read more
Helpful
Comment Report abuse

Lisa
3.0 out of 5 stars He is in love but she has no idea
Reviewed in the United States on March 26, 2019
Verified Purchase
It was a good follow up to the first but she was way too under Daddy’s thumb
Read more
Helpful
Comment Report abuse

Vicki Smith
5.0 out of 5 stars Enjoyable
Reviewed in the United States on May 20, 2019
Verified Purchase
Great book. It shows how love can help overcome an addiction
Read more
Helpful
Comment Report abuse

Katie
5.0 out of 5 stars A fantastic followup to book one.............
Reviewed in the United States on June 23, 2019
Guarded is the second book in this new paranormal romance series by A.S. Green, and it starts immediately after the events of book one. In my opinion, these books are best read as part of the series, since so much of the world building and history of the characters takes place in book one. As a matter of fact, the two main characters in Guarded actually became close in book one, so Guarded begins with them already having a history. Declan is the second brother in the MacConall clan of hell hound shifters, and he knows that the nurse helping him overcome his previous drug addiction, Rowan McNeely, is his fated mate. Unfortunately, the are from completely different Fae cultures, his the lower class and hers the elite upper class, so they both feel they are destined to never be together. Unlike the first book in the series, this book features more on the relationships between the various Fae sects as well as the development of relationships between Declan and his brothers and Declan and Rowan. The fight with the human group whose sole goal is to eliminate all Fae creatures known as the Black Castle doesn't come into the story until closer to the end. This book also had more angst between the two characters and less action scenes, but I found it every bit as enthralling as the first book. I can hardly wait for the third book in the series to be available on Audible, so we can finally hear Aidan's love story.

The narrators remained the same from the first book, and this is a beautiful thing. Not only does the continuity help maintain the story thread, these two narrators are incredibly talented. Every time I hear that yummy Irish accent from Michael Dickens, my heart gives a little squeeze. His voice is sex personified. Simona Rose is equally talented with her light, feminine delivery. They are powerful narrators separately, but together they are an experience not to be missed.

I received a copy of this audiobook at my request in exchange for this honest review.
Read more
Helpful
Comment Report abuse

MrsHReadsALot
4.0 out of 5 stars Hearts are connected 💞
Reviewed in the United States on May 14, 2019
Oh this was good!!! Not slow paced or boring whatsoever!! Great follow up to Hounded. I liked the pair in this story, more so than Cormac and Meghan. Declan and Rowan were so opposites. Declan was a recovering addict and Rowan was his nurse. Loved that they both longed for one another for years. He because she was his true mate and she because she didn’t want anyone else. The chemistry was very strong and I felt like the author portrayed it very well. Rowan is the quintessential good girl, at times she was too naive and weak minded, but she found her inner bad@$$- thankfully 😅. And Declan had a hard time with keeping his comments filtered. But he was so loyal and lovable it was hard to deny that his intentions were always true and honest. And I personally love a man in glasses 👓. I like how in each of these stories there are villains that get taken out, sort of like the bosses in video games. Yeah there are the BC cronies, but in each story there has been one major one to bite the dust. In Hounded it was Meghan’s uncle, in Guarded it was Meghan’s aunt. I’m gonna assume that in Cursed it’s gonna be Branna’s ex. And the love scenes are steamy but not over done. Can’t wait to read Cursed!!!
Read more
Helpful
Comment Report abuse
See all reviews from the United States

Sarah-Jane
5.0 out of 5 stars Perfect.
Reviewed in the United Kingdom on April 29, 2019
Verified Purchase
I don't leave reviews about the actual content of books, because I like being surprised, so you have to as well :D WOW, these books (all three of the series) are so well written. The story is intriguing, and goes at a perfect speed. All the characters are well thought out and better written, even a passing character was fully realised. The naughty bits are well written, and hot, but not to the point where the story is over shadowed (as some do) by them. In all, get these books you won't be disappointed.
Read more
Helpful
Sending feedback...
Thank you for your feedback.
Sorry, we failed to record your vote. Please try again
Report abuse

Laura Enns
5.0 out of 5 stars Guarded
Reviewed in Canada on May 16, 2019
Verified Purchase
I loved this book and read all three of them in the series!
Read more
Helpful
Sending feedback...
Thank you for your feedback.
Sorry, we failed to record your vote. Please try again
Report abuse