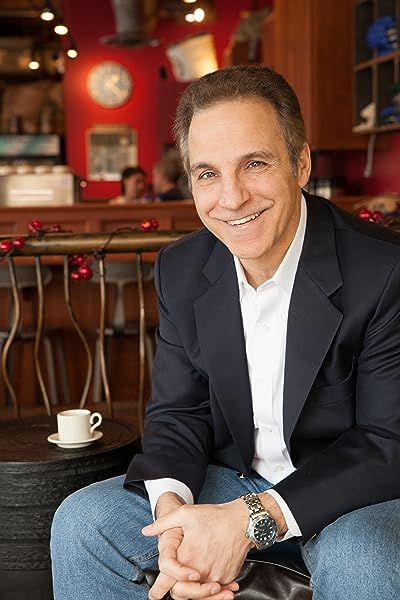 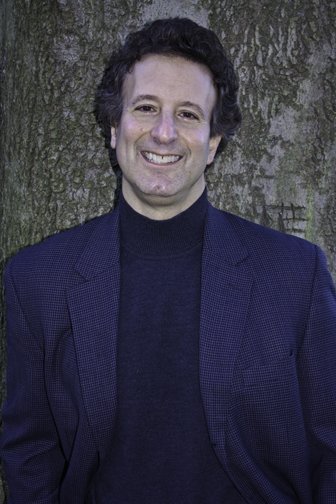 Guardian: Life in the Crosshairs of the CIA's War on Terror Hardcover – May 7, 2019

“Thomas Pecora has finally answered the question of 'Who Protects the Spies?' In a groundbreaking personal account detailing a long and illustrious career in the service of the CIA, Pecora takes the reader on a wild travelogue of the last quarter century of high-threat American intrigue and, in the process, provides a rarely seen glimpse into the shadowy world of clandestine service and individual sacrifice.” -- Samuel M. Katz, New York Times bestselling co-author of Under Fire: The Untold Story of the Attack in Benghazi and Beirut Rules: The Murder of a CIA Station Chief and Hezbollah’s War Against America

“Tom’s book takes the reader through Tom’s twenty-four years of experience working in protective operations, counterterrorism, along with conducting security training programs in high-risk locations such as Mogadishu, Sudan, Bosnia, Philippines, and Iraq.

Although not intended to be a Protective Services Training Manual, Tom’s book supplies more educational content than most books that are meant to be training manuals. After more than forty plus years providing Protective Driving services, I was especially impressed with Tom’s discussion of how he and his team escaped a vehicle ambush in Mogadishu. Along with ‘Getting Off The X,’ Tom discusses the process used to get a severely wounded comrade back to safety. The end result is saving the individual’s life. This event is only one of the many real-life learning experiences that present the reader with invaluable lessons learned.

The book not only discusses the operational aspects of his career, but Tom also covers the seldom talked about toll that these professions can take on your personal life. He concludes his book with an outstanding discussion on the sorely needed topic of leadership in protective services operations, which in itself is worth reading the book.

You will not find many books that cover the topics and lessons learned from the experiences presented in Tom’s book, simply because few people on this planet have experienced these events and are willing to share their knowledge.” -- Tony Scotti, President of the International Security Driver’s Association (ISDA), editor of the Security Driver Magazine, and Executive Vice President of Tony Scotti’s Vehicle Dynamics Institute (TSVDI)

Thomas (Tom) Pecora has over 27 years of experience working in the security field, 24 years working in the CIA. He retired from the CIA as GS 15 Senior Security Manager working in protective operations, counterterrorism, and security training, most of it operating in low intensity conflict areas. He was Chief of Security in several countries where he was responsible for countrywide security programs ensuring the safety and security of all CIA personnel in high threat environments. A seasoned protective operation veteran, Tom led teams protecting CIA personnel and visiting VIP personnel to include the President, Vice President, as well as Senate and Congressional Delegations. He spent 3 years providing specialized protective operations training courses to foreign government protective services from Latin America, Southeast Asia, the Middle East, and Europe. Tom received the Intelligence Star, the CIA&rsquo;s second highest honor for valor and the Career Intelligence Medal for service reflecting exceptional achievements. He has a Masters of Arts degree in Communications from the University of Wisconsin-Whitewater and a Bachelor of Arts degree in Communications from Marquette University.

Start reading Guardian: Life in the Crosshairs of the CIA's War on Terror on your Kindle in under a minute.

4.3 out of 5 stars
4.3 out of 5
49 global ratings
How are ratings calculated?
To calculate the overall star rating and percentage breakdown by star, we don’t use a simple average. Instead, our system considers things like how recent a review is and if the reviewer bought the item on Amazon. It also analyzes reviews to verify trustworthiness.
Top reviews

Amazon Customer
4.0 out of 5 stars The Real Deal
Reviewed in the United States on May 31, 2019
Verified Purchase
If you would like a better understanding of what is happening on the ground to execute our country’s war on terror policies than this is a book you want to read. Pecora provides his real life experiences on the front lines with the CIA protecting America’s interests in various high risk locations throughout the world. These are some of the stories we don’t hear about on the nightly news but, they are going on behind the scenes all the time. Most people don’t understand that for every terrorist act that we hear about on the news there are countless others that we never hear about because of guys like Pecora and organizations like the CIA are out there stopping and disrupting them day-in and day-out.
Read more
5 people found this helpful
Helpful
Comment Report abuse

Ed Jopeck
5.0 out of 5 stars A rare look inside the life of a real CIA security professional
Reviewed in the United States on May 27, 2019
Verified Purchase
Tom Pecora provides an exceptionally clear and compelling look at the arc of a long career inside the security world of the CIA increasingly engaged in an increasingly dangerous 9/11 world. Tom Pecora opens-up his life to us through this easy-to read book, without ego and self-serving embellishment. This is not like the many caricatures of incompetent civil servants and CIA conspiracies painted by Hollywood and politicians. Pecora gives a more realistic view of his colleagues and himself - dedicated, hard-working, highly-trained and thoughtful patriots willing to put their lives at risk to protect the lives of others. Tom shows how they make personal sacrifices and work long hours in difficult conditions so that the important work of the Agency can continue. Thanks to Tom for his years of service and for writing this important contribution to the literature of the work of the CIA! I thoroughly enjoyed reading it.
Read more
5 people found this helpful
Helpful
Comment Report abuse

Heather A Hrcka
5.0 out of 5 stars Wow!!!!
Reviewed in the United States on May 22, 2019
Verified Purchase
Marcus Luttrell wrote Lone Survivor, an amazing book giving us insight into the Navy Seal program and the obstacles Seals encounter while serving. Chris Kyle wrote American Sniper, a sobering description into the many trials of a soldiers life on so many levels. Both men allowed their readers to emotionally step in to the boots of American heroes. Tom Pecora has done the same with Guardian. Guardian, just like Lone Survivor and American Sniper, is a must read. It’s captivating to say the least. Thank you Thomas for sharing your life’s experiences with the CIA. Thank you for your efforts in keeping us safe. Thank you for Guardian.
Read more
6 people found this helpful
Helpful
Comment Report abuse

John F. McNamara
1.0 out of 5 stars Very Boring Book (VBB)
Reviewed in the United States on May 7, 2020
Verified Purchase
While the work that the author did was important, he was on the sidelines for most of his career. He was a senior staff bureaucrat (SSB) whose job was to organize security rather than provide it. His frequent use of acronyms (FUA) drove me crazy and distracted from the story. The sure sign of a beauracratic mind (BM). I don't want to demean the importance of his work, it just doesn't rate a book that seems bent on proving his own importance!
Read more
One person found this helpful
Helpful
Comment Report abuse

susan mayman
5.0 out of 5 stars Must read!
Reviewed in the United States on May 21, 2019
Verified Purchase
Great story and I couldn't put the book down. I read the entire book the first day. They need to make a movie about what really goes on in the CIA.
Read more
4 people found this helpful
Helpful
Comment Report abuse

Lawrence A. Malang
5.0 out of 5 stars Great insight into the CIA
Reviewed in the United States on April 7, 2020
Verified Purchase
This book takes you to great insight of what the CIA role is in Foreign conflicts. It gives you a great understanding but why you don’t hear of the CIA in these foreign countries. This book is an excellent read and truly gives you some great insight. Thomas Pecora shares his tested managing skills which more managers in the corporate world should read.
Read more
Helpful
Comment Report abuse

Alcatraz
5.0 out of 5 stars Terrific Read
Reviewed in the United States on March 14, 2020
Verified Purchase
What a career and what well written life story. Not your typical "chest beating", S.W.I.D. (See What I Did) autobiography. S
The author shared his ups and downs consistently through the book. His ability to navigate the bureaucracy of an agency such as his is award winning in and of itself. His leadership principles are down to earth and easily followed and are very much grounded in common sense.

James Singh
4.0 out of 5 stars Very good
Reviewed in the United States on October 26, 2019
Verified Purchase
Excellent insight into the stress and personal challenges faced in this kind of security arena. Easy to read and makes you feel as though you are sitting next to the author
Read more
Helpful
Comment Report abuse
See all reviews

Sherzar
3.0 out of 5 stars A rather dull story well written
Reviewed in the United Kingdom on June 4, 2020
Verified Purchase
It's hard to criticise this book as the author seems like a genuinely good guy, I find his understanding of management learnt later in the book agreeable in that I too as a manager abide by those principles.

But therein lies the problem, the book largely reads like a mix between a travel diary and a very long form CV that at times simply repeats itself.

It's not that I doubt the author saw a lot of action, clearly he saw some in Mogadishu, but by and large, whatever he did see is barely mentioned in the book.

I'm not really sure what to take away from this book, either life in the CIA is relatively uneventful for some staff, or it's eventful and you're not allowed to write about the truly interesting stuff. It's probably a good read for someone wanting to see how relatively tame and mundane a career in the CIA can be, but it certainly lacks the action you'll find from books by front line soldiers and pilots for example.

In summary, the reality is, I just don't care for a list of responsibilities the author has in each of his postings, nor do I care what forms he was responsible for creating - I do all that myself in a run of the mill office job too. I was just hoping that reading about life in the CIA would be a bit more exciting than that.