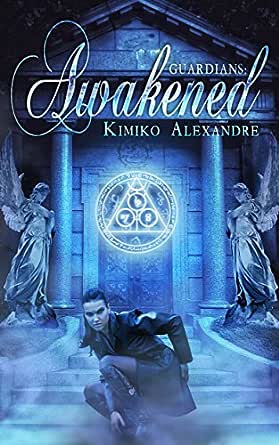 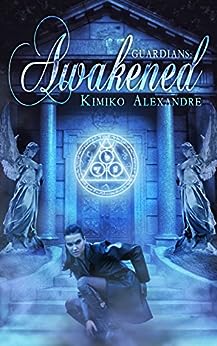 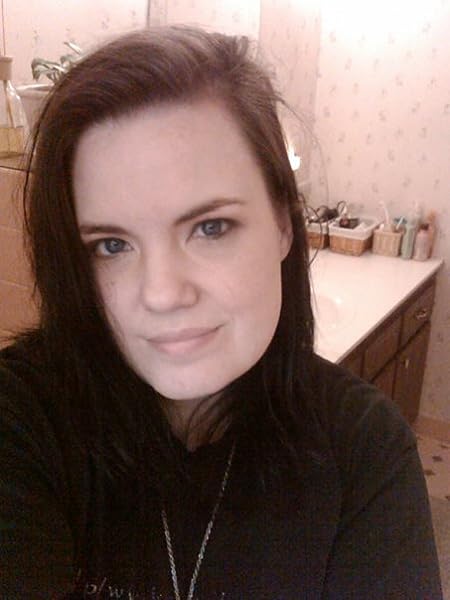 Kimiko Alexandre lives in New Jersey and is imported from Kansas. She has wanted to be a writer her entire life. Her mother’s influence of historical romance bodice rippers inspired her to join Romance Writers of America. She’s always loved the occult inspired stories, though, and conceived of Guardians in a tattoo shop in 2008. It inspired her to create Talechasing.com, a podcast for Urban Fantasy writers and readers. Her original intent to write and podcast Guardians at the same time was unfortunately curtailed when her mother got sick. Guardians was put on the back burner, to be picked up again in 2011. She has high hopes for the series and would love to hear what you think. You can write to her at kimiko@kimikoalexandre.com and join her mailing list as well as get more goodies at her site http://www.kimikoalexandre.com --This text refers to the paperback edition.

Debbie Tam
5.0 out of 5 stars Off to a great start of a new series!
Reviewed in the United States on February 25, 2015
Verified Purchase
Alexandre has created a mythology that I want to learn more about with her stunning debut novel, Awakened. Raegan Fischer is a bodyguard to the rich and famous who becomes embroiled in a supernatural murder that draws her into the world of angels and demons. The first person narrative is funny and engaging. Alexandre has created a believable and strong heroine in Raegan. Raegan goes through the transformation of doubting Thomas to champion. However, the novel is not only a paranormal thriller. Alexandre tackles the complexity of personal relationships of Raegan with her family members and former colleagues. The novel is a quick read and will leave you wondering what new adventures await Raegan. Alexandre is off to a great start and this reader is waiting impatiently for the next in the series.
Read more
Helpful
Report abuse

R. Lee Barrett
5.0 out of 5 stars Scintillating debut read...
Reviewed in the United States on February 23, 2015
Verified Purchase
Alexandre's debut novella is tempting offering for readers of all genres. Awakened is a tightly structured walk through an alternate landscape where angels and demons walk among us. Throughout the supernatural drama, Alexandre remains honest to certain truisms of the human condition: love, jealousy, pride and ambition. In this regard, Alexandre hands in a work that bridges all genres and brings something to the literary table for all readers.
Read more
One person found this helpful
Helpful
Report abuse

Does she believe what she finds out right away? Not so, for our heroine to be; as she has this stubborn streak a mile long of not wanting to believe all that she sees and discovers.

Oh, let's not forget about what the "gargoyles" really are. That sounds rather ambiguous at best, but that is because I do not want to provide any real spoilers about the book.

This is a must read new series for any who like to read. You will not be disappointed!!
Read more
Helpful
Report abuse

Jeffrey McLeroy
5.0 out of 5 stars Excellent
Reviewed in the United States on February 23, 2015
Verified Purchase
Thrilling and well written! The book jumps out at you. It is a great world the author has created and a real page turner
Read more
Helpful
Report abuse

S. McCann
5.0 out of 5 stars Great read!!!
Reviewed in the United States on May 25, 2015
Verified Purchase
Intriguing story line with a few twists to keep it from ever feeling predictable. Can't wait for the sequel!
Read more
Helpful
Report abuse

Geordon Vantassle
5.0 out of 5 stars Well-written, fast-paced story that doesn't depend on sex to sell
Reviewed in the United States on April 13, 2015
I received a copy of the ebook in exchange for a review. I think I made out like a bandit on that one! :D

I've been waiting for this novel since at least 2011, when Kimiko first started working on it. I'm an impatient man, and I think the wait was worth while. There were two minor technical questions that I had, which I passed on to her privately. They were almost insubstantial, and definitely didn't impact the story telling at all.

Reagan Fischer is a wounded warrior, a woman who depends on what she can see and touch to make sense of her world. Until, that is, what she sees starts to change (which takes place slightly before the novel begins). Once that happens, the world that she knows is tilted on it's head.

The storytelling is tight, and I was ever so grateful to see (or not, as the case may be) that the author didn't use the story as a setup for a sex scene, like so many authors these days do. That's not to say that there aren't moments of intense intimacy, because there are, but they are most certainly not romantic in nature. Reagan is able to be sexy without being a tramp. She's complicated, and conflicted, and an interesting character.

I think that the author did a phenomenal job on her first novel. I look forward to the second and subsequent ones!

My only complaint is that I wanted more story. It was a fast read, with good pacing, but I am a huge fan of epic stories. Kimiko, I hope that the Fates conspire to let you write Shattered faster than it took for Awakened. But it was worth the wait.
Read more
Helpful
Report abuse

Lehria
5.0 out of 5 stars I adored this book.
Reviewed in the United States on March 17, 2015
You know how sometimes you start a book and think, "Seems interesting, I'll read a page or two" and the next you know, the book is finished. Yep, did that today.

I went into this book knowing it had to do with angels and gargoyles. It sounded good, right up my alley as I love paranormal romances and urban fantasies. This one is firmly in the urban fantasy realm. There may be a potential love interest, but that isn't want this story was about.

No, this story was about Reagan and her ability to see what most people can't. Angels. Souls. Possessed people. Visions. Now, she sure as hell doesn't want to see any of this stuff. In fact, she's a non-believer who'd rather just walk away. Except she can't. A gargoyle is missing. They're used to house the souls of humans so foul they can't be allowed to reincarnate.

This book doesn't end on a cliffhanger although the epilogue has me crying for me. I want, no I need the next book in this series. I simply loved this book. The writing is fantastic and flowed so smoothly. The descriptions painted vivid pictures in my head. I did no work today once I started this book. Sorry work.

I was given a free copy in exchange for an honest opinion.
Read more
Helpful
Report abuse
See all reviews

An
5.0 out of 5 stars Five Stars
Reviewed in Canada on April 21, 2015
Verified Purchase
Surprisingly good!
Read more
Report abuse
See all reviews
Back to top
Get to Know Us
Make Money with Us
Amazon Payment Products
Let Us Help You
EnglishChoose a language for shopping. United StatesChoose a country/region for shopping.
© 1996-2021, Amazon.com, Inc. or its affiliates