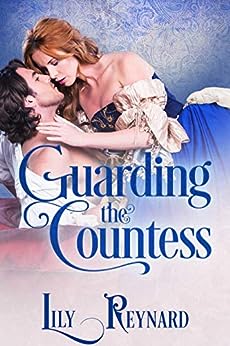 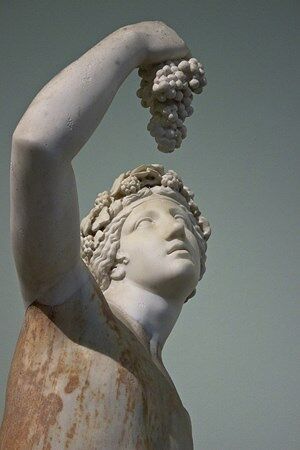 For free stories and bonus materials, news about upcoming releases, and special promotions, please sign up for my email list by copying and pasting the following into your browser navigation field:  eepurl.com/dGT2Cn
For other stories, please visit my Amazon Author Central page: amazon.com/author/lilyreynard
I am currently hard at work on my next story, putting my history degree to a use that would make my professors blush!
Fairmount Chronicles (18th Century England):
Skatha Chronicles (Roman Empire in the First Century AD)
Standalone Novels:

duelalias
5.0 out of 5 stars gripping and romantic
Reviewed in the United States on April 26, 2019
This is a gripping story of love, betrayal, intrigue and drama. Kit is a charming, chivalrous, brave and caring mercenary who is down on his luck after his wife dies and he is injured to badly to continue his profession. Taking his daughter back to where he was born to reside with his mother was his plan, but when he arrived at his mother's cottage he was informed of her death. Now, even more desperate, he turns to his only other relatives, the Earl of Thornsby, brother by blood but not acknowledged. Thornsby, unfortunately, has his own money troubles that he is trying to fix by a marrying young, rich widow, the Dowager Countess of Cranbourne. Antonia is a virtuous, pious lady who doesn't wish to remarry and become the property of another man, and also lose the wealth and independence her deceased husband gave her. Thornsby offers to pay Kit now and provide a dowry for his daughter if he kidnaps Antonia so that Thornsby can force her into marriage. Desperate, Kit agrees and leaves to complete the job. He follows her on her way to London planning to kidnap her as soon as he has a chance, and ends up saving her from an attack. When she offers him a job, he figures that it's the way in to gain her trust. Neither planned on falling in love. The shocking twists and turns will keep you captivated.
I received a complimentary copy of this book from Booksprout. This is my honest and voluntary opinion of it.
Read more
Helpful
Report abuse

Jamie Bee
TOP 50 REVIEWER
4.0 out of 5 stars Intrigues of a Wealthy Widow During the Restoration
Reviewed in the United States on April 21, 2019
The book begins with a dramatic scene of a man breaking into a woman's bedchamber and attempting to assault her. The woman is Antonia, a recently out-of-mourning widow of some property and fortune. Ever since she has come out of mourning, she has been besieged by suitors. The one breaking into her bedroom was just refused by her last week, and he was hoping to force her hand. Meanwhile, Kit has returned from being a mercenary in Europe and is now a widower with a young daughter and little blunt. He hopes to come back to England to help his mother with her beer-making business. But soon after arriving back in England, he finds that his mother is dead. With a young daughter to support, he decides to approach his father, who never had anything to do with him growing up as he was illegitimate. His father is dead as well, and his half-brother is now the earl.

Julian, the earl, has a proposition for his brother. He, like so many others, is interested in the widow Antonia. In fact, he himself wishes to attempt to force her into a marriage and wants his brother to kidnap her. While Kit wishes for proper employment, he is desperate and agrees. Antonia, in the meantime, has been called to court to assist the queen, most likely because some of the king’s impoverished noble friends are hoping to gain her favor. As she heads to court, Kit saves her from danger, and she immediately hires him as her bodyguard.

Will Julian succeed in his evil plan? What court intrigues are ahead for Antonia? Will Kit kidnap her? Will he himself succumb to the widow's charms?

This book takes place in the time of the Restoration. Antonia is a Puritan, so it's interesting to see the social context of this. I also found it interesting that the author chose to make the heroine disfigured by smallpox; she caught it as she tended to her dying husband. Usually, in historical fiction, the heroine’s are beautiful and perfect physically. Instead, she has to deal with her disfigurement, which she finds difficult at times. Kit has his own difficulties, including dealing with a war injury that keeps him from continuing to do that line of work as well as having to raise his daughter on his own.

I received a free copy of this book, but that did not affect my review.
Read more
Helpful
Report abuse

H Miller
3.0 out of 5 stars I did and didn't like it
Reviewed in the United States on April 9, 2019
Honestly not sure how I felt about this book. I mean it was a good romance but there were so many times I wanted to strangle the Hero and Heroine. I mean he was a soldier before so he had to have morals, a strong spine, etc. I get he was placed in a bad position and need to support his child but come on... you couldn't find ANY job other than kidnapping? Really? And our heroine - she was worried about appearances but still ok with sleeping with her bodyguard. Plus she was widowed so after that she should have been able to do whatever and still she was so worried about what people thought. I wavered a bit with this. I was good but I think it could have been better.

jhozail
5.0 out of 5 stars A little something different - Refreshingly so!
Reviewed in the United States on January 13, 2019
This story was a little different in that the Puritans of England played a large role. This is the first book I've read that included that aspect. It was a refreshingly new perspective. The other side of the coin with the lewd and bawdy English court was also very front and center. The perfect clash of two worlds. There is grief, deception, court antics, greed and finally love all wrapped up in this wonderful book! If you want something fresh, I recommend this book.
Read more
Helpful
Report abuse

Kindle Customer
5.0 out of 5 stars Guarding the Countess
Reviewed in the United States on December 13, 2018
This was a very interesting and delightful read the characters were amazing.I really enjoyed all the action,drama,suspense and the happy ending. Thank you for this wonderful read.
Read more
One person found this helpful
Helpful
Report abuse

Kindle Customer
5.0 out of 5 stars Just right
Reviewed in the United States on December 20, 2018
There was just the right amount of conflict and timing of resolution of the conflict. Sympathetic characters whose flaws were resolved in just the right way.
Read more
One person found this helpful
Helpful
Report abuse

Ren Carroll, British Columbia, Canada
5.0 out of 5 stars Genuine HISTORICAL romance
Reviewed in Canada on December 11, 2018
Verified Purchase
There are many books written these days claiming to be historical romances, but few are as faithful to real history as this one while still being a very good story. Not only are the main events of the period faithfully drawn, but attention has been paid to using the right terminology. It is an excellent read.
Read more
Report abuse
See all reviews