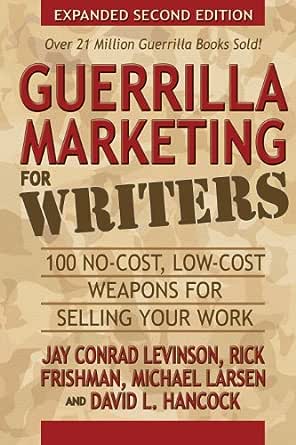 Flip to back Flip to front
Audible Sample Playing... Paused   You are listening to a sample of the Audible narration for this Kindle book.
Learn more
ISBN-13: 978-1600376603
ISBN-10: 1600376606
Why is ISBN important?
ISBN
This bar-code number lets you verify that you're getting exactly the right version or edition of a book. The 13-digit and 10-digit formats both work.

Rick Frishman is Publisher at Union Square Publishing in New York and founder of Planned Television Arts (now called Media Connect),  has been one of the leading book publicists in America for over 43 years. Rick works with many of the top book editors, literary agents, and publishers in America, including Simon and Schuster, Harper Collins and Random House.

Rick has appeared on hundreds of radio shows and more than a dozen TV shows nationwide, including Oprah, Fox News and Bloomberg TV.  He has also been featured in the New York Times, Wall Street Journal, Associated Press, Selling Power Magazine, New York Post, and scores of other publications.

Rick has a BFA in acting and directing and a BS in communications from Ithaca College. He is a sought-after lecturer on publishing and public relations. He is founder of Author101University. Author101U has presented over 32 events since 2002.

Rick and his wife Robbi live in Long Island, NY with their Havanese puppy Cody. They have three children: Adam, Rachel, and Stephanie. --This text refers to the paperback edition.

Because the battle begins before a book even hits the selves, an author needs every weapon to get ahead of the competition. Guerrilla Marketing for Writers is packed with proven insights and advice, it details 100 “Classified secrets” that will help authors sell their work before and after it’s published. This life range of weapons-practical low-cost and no-cost marketing techniques-will help authors design a powerful strategy for strengthening their proposals, promoting their books, and maximizing their sales.

• Jay Conrad Levinson, the father of Guerrilla Marketing, has sold more than 21 million Guerrilla Marketing books since 1984 • Rick Frishman is the president of Planned Television Arts, one of the top publicity firms in the book publishing industry • Michael Larsen is a successful literary agent and the author of Literary Agents and How to Write a Book Proposal. • David Hancock is the Chief Evangelist for the Entrepreneurial Author and founder of Morgan James Publishing.