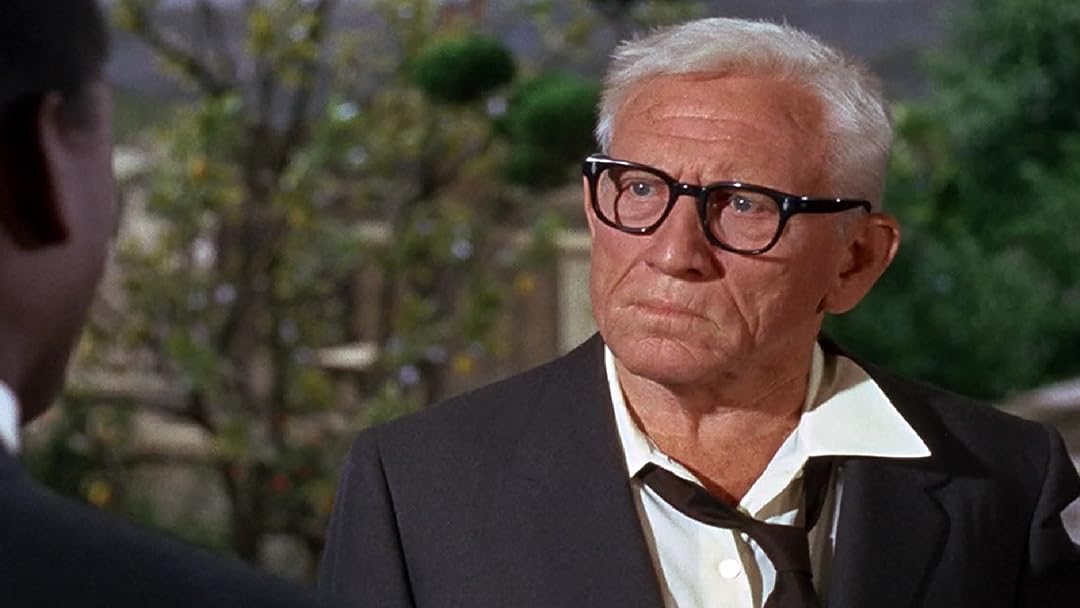 Guess Who's Coming To Dinner

(4,994)
7.81 h 48 min1967X-Ray16+
Despite considering themselves liberal and open-minded, a couple must overcome their own latent racism when their strong-willed daughter wants to marry a distinguished black physician when she brings him home for dinner after meeting on a vacation.

Watch with ScreenPix
Start your subscription
Add to
Watchlist
By ordering or viewing, you agree to our Terms. Sold by Amazon.com Services LLC.
Write review

Pink FrogReviewed in the United States on June 7, 2020
3.0 out of 5 stars
Only Liberals are against racial prejudice?
Verified purchase
I object to Sidney Poitier's line re: Spencer Tracy's character being "a life-long fighting liberal who loathes race prejudice", as if liberals have a monopoly on fair-mindedness and impartiality as far as race is concerned. You don't have to be "politically correct" to know right from wrong. I am not a liberal and never have been but I know the Bible and have understood all my life that all people were created by God in His image and every human individual has equal value in God's eyes. I dated a black guy in the early 1970's before it became culturally acceptable. There have ALWAYS been white people who have fought against racial mistreatment and partiality, including a Quaker ancestor of mine who was a conductor on the underground railway, yet were not liberals and would never have dreamed of subscribing to many of its tenets. You don't have to be a liberal to be against racial prejudice, and I get really sick of Hollywood and its bias in favor of liberals.
46 people found this helpful

DJReviewed in the United States on August 1, 2016
5.0 out of 5 stars
Greatest Love Story of All Time
Verified purchase
I love this movie, not so much because of the interracial context (although I do) but because it's Tracy/Hepburn. It was their last film together and with Katharine's niece who many believed to be their "love child" raised by her sister. Because of Tracy's years of alcoholism, reciting lines had become near impossible, but Katharine, always his champion, would feed them to him out of sight of the camera. The last scene, in which the spotlight was solely on Spencer, shows him making an argument for and against the relationship of the two young adults. But, he at one point goes "off script" and you see it as the camera pans the faces of the other actors in the scene, emotions rise to the surface of the women and the men sit completely enthralled as Tracy takes the opportunity, disguised as his character, to tell the world how much he has loved Katharine. Ten days after the movie wrapped, Katharine found Spencer on his kitchen floor as he had finally succumbed to the disease that had plagued him for so many years. If you've watched prior to knowing the back story, I urge you watch again.. it's worth your time.
77 people found this helpful

Zachary LittrellReviewed in the United States on December 2, 2018
4.0 out of 5 stars
If only Sidney Poitier would come to dinner
Verified purchase
Remarkably, both sets of parents COMPLETELY overlook the fact that their children are A) marrying after barely knowing each other and B) have over a decade of an age gap. Even Sidney Poitier's John subtly hints at his discomfort of how fast they're barreling towards marriage. But alas! Love doesn't care about impracticalities. And to be honest, who can blame anyone for wanting to marry Sidney Poitier the very second you meet him?

It's a movie with its heart in the right place, even if it approaches preachy goofiness. It has the courage to talk about the bigotry-that-dare-not-speak-its-name; the most progressively minded among us would hate to admit that there are cultural divides they don't want to cross if they don't have to. It's just plain easier to be welcoming and tolerant from a distance.

While the first half is a fascinating drama and comedy of manners, the end becomes a series of big speeches as though Spencer Tracey grabs the mic and talks directly to the audience. It especially felt cruel and out of place when mild-mannered John berates his father. But it's hard to criticize a movie with such a doggedly positive message. A modern movie would want to throw all sorts of hitches into this relationship, but I think there's something wonderful in Joey's constant, earnest elation.

Will Joey and John work out forever? Who knows. But for the time being, they are the happiest two people on the face of the Earth since Adam met Eve. It'd be foolish parents to unravel that sort of rare magic.

Mrs. TReviewed in the United States on December 2, 2020
2.0 out of 5 stars
Good movie up until a certain point
Verified purchase
I really loved this movie up until the scene toward the end where Sidney Poitier's character was talking to his father and said that he didn't owe him anything, because all his father had done was "his job as a father". You don't owe your parents complete control over your life if they've been good parents, no. But you DO owe them respect for doing their jobs, because there are a lot of parents out there that DON'T do their jobs. They should have added something to that effect. It ruined the movie for me. I was totally on board up until that point. Society today is suffering severely because of that attitude, that you don't owe anyone "anything" for "just doing their job". I don't think that message needs to be spread any further. Otherwise, the rest of the movie was wonderful.
7 people found this helpful

Jonathan M. BermanReviewed in the United States on November 19, 2020
5.0 out of 5 stars
An important message then and now
Verified purchase
Guess Who's Coming To Dinner is Spencer Tracy's last film, he knew he was dying, Hepburn plays his wife, and Houghton their daughter who was Hepburn's niece. ❤

Sidney Poitier's acting in Guess Who's Coming To Dinner is nothing short of brilliance and beauty.

His talk with his father brought tears to my eyes, he was masterful and profound. Someone who fights for the spirit of mankind, for truth, and it comes out of his every pore.

All the tears were real, on both sides of the screen.

Tracy took professional pride in getting through the monologue without fluffing a single word. He died 17 days after the shoot ended.
7 people found this helpful

rotrohaReviewed in the United States on June 28, 2020
4.0 out of 5 stars
Good movie but it left me with some big questions
Verified purchase
I enjoyed watching this movie, but I can't help but wonder if the writer missed the mark on a number of issues. What if the black suitor (Sidney Poitier's role) had been a teacher, or an office worker or even a common laborer? Surely the fact that he was a well-known, well-respected, highly educated doctor scored him some points in the eyes of Joey's parents in terms of accepting him as a son-in-law. What if he wasn't well-known and was just an "average" person who happened to be black and who happened to fall in love with their daughter? Would they have been as accepting and willing to let go of the racial prejudice? And another thing...there was little attention paid to two other very big red flags in addition to the race difference. One was the age difference (maturity level) of 14 years between the interracial couple and the other was the fact that Dr. Prentiss and Joanna had only known each other for 10 days before deciding to marry. I would think those issues would be at least as big to the parents as the race issue.
6 people found this helpful

Geoffery L. WilliamsReviewed in the United States on May 23, 2017
5.0 out of 5 stars
A great movie
Verified purchase
Not only was this movie a great movie it is a movie that changed laws and amovie that changed people's minds. I believe it was the state of North Carolina or South Carolina that changed its laws as result of this movie and allowed multiracial marriages that's saying something for a movie to have that kind of impact but the director was an awesome director and all of his movies made an impact on those who saw them and on the country as a whole. if you haven't seen this movie, get it. And as this was the last movie Spencer Tracy made, it also was the best movie that he made. It had something to say and it said it and it made a difference
25 people found this helpful

Amy G.Reviewed in the United States on January 30, 2017
5.0 out of 5 stars
Timeless
Verified purchase
After doing a little research, I found that this movie was made the same year that the Supreme Court deemed laws forbidding interracial marriages unconstitutional.

This is a wonderful story about two families (mostly hers) coming to terms with a white woman and a black man's plans to be married.

It deals with many of the same issues and questions that are still being dealt with today and, because of that, is timeless.

Wonderfully - and sensitively - done. I use it in my classes to discuss issues of prejudice.
28 people found this helpful
See all reviews
Back to top
Get to Know Us
Make Money with Us
Amazon Payment Products
Let Us Help You
EnglishChoose a language for shopping. United StatesChoose a country/region for shopping.
© 1996-2022, Amazon.com, Inc. or its affiliates