The Guest List: A Novel and millions of other books are available for Amazon Kindle. Learn more
Share <Embed> 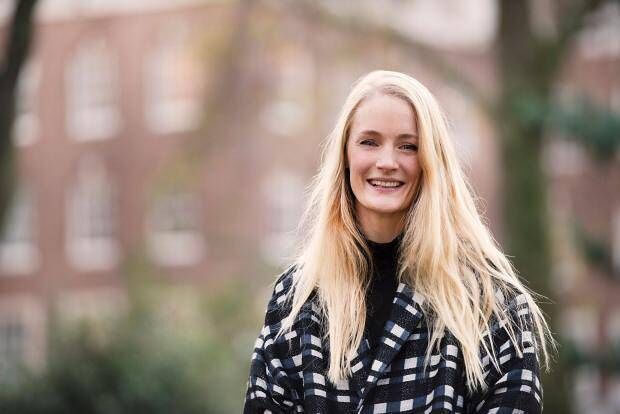 by Lucy Foley (Author)
4.2 out of 5 stars 45,759 ratings
Editors' pick Best Mystery, Thriller & Suspense
See all formats and editions
Sorry, there was a problem loading this page. Try again.
Previous page
Next page

Start reading The Guest List: A Novel on your Kindle in under a minute.

4.2 out of 5 stars
4.2 out of 5
45,759 global ratings
How are ratings calculated?
To calculate the overall star rating and percentage breakdown by star, we don’t use a simple average. Instead, our system considers things like how recent a review is and if the reviewer bought the item on Amazon. It also analyzes reviews to verify trustworthiness.

Amazon Customer
1.0 out of 5 stars Predictable, boring mess
Reviewed in the United States on June 17, 2020
Verified Purchase
Love a good mystery. This was not one. It is full of cliched, awful characters with no likeability and little sympathy. Told from multiple points of view, it is a muddled mess. Red herrings are tossed in almost as afterthoughts. And I figured out the killer about 1/3 of the way in. The book is so boring and so cliched, I cannot believe it is a best seller. A vain bride, even more vain groom and 150 drunk wedding guests on a remote Irish island. What could possibly go wrong? The fact I dropped $14.99 on this.
Read more
542 people found this helpful
Helpful
Report abuse

Leslie Gerkens
1.0 out of 5 stars Lazy Writing
Reviewed in the United States on July 30, 2020
Verified Purchase
There is a line in Lucy Foley's 2019 novel The Hunting Party "...the remembered one and the one in front of me, seem to converge on one another." which really resonated with me because 'The Hunting Party' and `The Guest List' are, essentially, the same book. Foley has simply recycled her cardboard, cliched characters from `The Hunting Party', changed the names and PC details and plugged them into relationships with the SAME EXACT DYNAMICS as in `The Guest List'. These books seem to have more in common with a paint by numbers kit than a creative endeavor. Eventually, I just started laughing out loud as yet another setting, character, and plot point resurfaced with the scantest of disguises. It's not that funny, though, as I notice that the book is on the NY Times Best Seller list. That this mediocre rehash has sold so well is truly dispiriting. What is also not so amusing is that, since the Quarantine I've been buying books (library is out for now) so I purchased both `The Guest List' and `The Hunting Party'. Instead of `Two books for the Price of One!' it's more like `One Book for the Price of Two!'. I actually feel ripped off. I am tempted to go through all the ways in which these two books are the same but that would involve spoilers and it might make the book more enjoyable for some to spot the recycled parts on their own. I, of course, will not be reading any future books by Lucy Foley because I am pretty sure I've already read them.
Read more
329 people found this helpful
Helpful
Report abuse

B. Breslin
5.0 out of 5 stars Quite the list...
Reviewed in the United States on June 12, 2020
Verified Purchase
I typically don’t enjoy multiple POV novels (the back and forth can be tedious and tiresome), but this all came together deliciously. It was a great way to let off a bit of steam vicariously. I’m afraid to say more for fear of spoiling anything, but a great, smooth summer read. Truly enjoyed it.
Read more

5.0 out of 5 stars Quite the list...
By B. Breslin on June 12, 2020
I typically don’t enjoy multiple POV novels (the back and forth can be tedious and tiresome), but this all came together deliciously. It was a great way to let off a bit of steam vicariously. I’m afraid to say more for fear of spoiling anything, but a great, smooth summer read. Truly enjoyed it.
Images in this review

Kathy Vikre
5.0 out of 5 stars Jolly Good Fun
Reviewed in the United States on June 5, 2020
Verified Purchase
Good craic from start to finish. A wedding on an isolated island that seems to want its own revenge. Walk right and you fall from a cliff, walk left and you drown in quicksand. Try swimming and you're caught in riptides. And what about the bodies buried in the bog? Not an especially safe place for drinking and cavorting (which the guests do non-stop). The author could have a franchise based on her characters: Death at the Stag, Who Smothered Mother, Bullies I Have Known! (no spoilers here) Into this menacing locale come our heroes, aging schoolboys, unhappy wives, dis-functional families, all of whom seem capable of homicide. So who dies, who kills the victim, and why? Read the book and enjoy the journey of discovery.
Read more
110 people found this helpful
Helpful
Report abuse

lynette williams
5.0 out of 5 stars a diferent kind ofwho done it
Reviewed in the United States on March 20, 2020
Verified Purchase
each chapter is from one of guest at the wedding it gives an insight in who they are it is not until the near end you will find out who is the victum
Read more
86 people found this helpful
Helpful
Report abuse

Mark
5.0 out of 5 stars A sharply written, surprisingly funny whodunit
Reviewed in the United States on June 9, 2020
Verified Purchase
Well written whodunit told from multiple points of view, centered on a high profile wedding set at a remote island. One thing I haven't seen mentioned is the wit and insight the author shows, providing many "out loud" laughs throughout this dark thriller. Especially amusing is the social climbing, entitled Bride-zilla at the center of the proceedings. This is my first Lucy Foley book but I find myself wanting more.
Read more
74 people found this helpful
Helpful
Report abuse

vic
5.0 out of 5 stars As good, if not better, as The Hunting Party
Reviewed in the United States on May 2, 2020
Verified Purchase
Impossible to put down, amazing and intriguing characters that kept surprising you until the very end
Read more
72 people found this helpful
Helpful
Report abuse
See all reviews

Fionac
1.0 out of 5 stars Utter Rubbish
Reviewed in the United Kingdom on February 22, 2020
Verified Purchase
I love crime fiction and I have read a lot of it, but, dear God, this book is terrible. The characters were stereotypes and mostly unpleasant and I hoped that most of them would be bumped off. Towards the end of the book I just skimmed each page as it was so predictable and over written. Please people, buy a book by Sara Paretsky instead of this nonsense. Oh and I guessed the ending half-way through the book.
Read more
238 people found this helpful
Report abuse

C. Murphy
1.0 out of 5 stars A truly awful book with a big dollop of deja vue , mind the plot holes
Reviewed in the United Kingdom on August 12, 2020
Verified Purchase
Apart from a story too familiar (!) I mostly hated this swiss cheese of a plot-hole filled book. First the idea that someone like the main character Jules, with her glam big city lifestyle and wealth/fame, choosing to hold her wedding in such a godforsaken place is quite laughable. There were several attempts to explain this away - the 50% discount for eg., received in return for featuring the island in her magazine; the way this place was described, you would have to pay ME to hold even a tea party there. Its apparently a tiny Island off the Irish coast, a place well known for its balmy seas and clement weather right? the island itself is an almost continuous peat bog which is described more like an actual swamp/bog/quicksand kind of deal where you can get sucked down to your death at any moment and the rest is lethal sheer cliffs and rocks. It apparently did not occur to the island owner and event holder that safety barriers might be a good thing to stop guests being sucked into the bog. Of course the idea that people at a party, in an unknown location with a MASSIVE unpredictable and mostly invisible hazard could perish by walking from one building to the next seemed perfectly fine. Ridiculous.

Next, as horrible as this location sounded, it seemed that at least 2 of the guests actually preferred to sit in a partially subterranean cave subject to flooding, too dark to see the back, full of weird noises, damp, dank and with unknown inhabitants and AT NIGHT !! ... than any other comfortable indoor place.

THEN, there was this odd disconnection where the author apparently forgot that she had said that only a select few would be staying in the Folly overnight, but then had hundreds of guests arriving for the day, events merging into the evening and night and no way for them to leave the island! where were they all going? was there a secret submarine evacuation planned, or a bridge she forgot to mention? as it happened, suspense was created by a violent, unpredicted/totally predictable storm which would have made a sea evac by anything other than a Naval destroyer impossible anyway.

Forgetting the logistics, the characters were so awful, I hoped they would all murder each other. All the suspenseful storylines were childishly obvious, the awful secrets eked out a child could have guessed and the villain I guessed about 5 pages in. I really liked the character Severine, because she said nothing and did nothing and was apparently part of the scenery.

Kindle Customer
1.0 out of 5 stars Never again
Reviewed in the United Kingdom on February 20, 2020
Verified Purchase
The book began good it was the firstever pre order i did but i will be pre ordering on kindle again but not this author as it was very weak it didnt grab me and would not read it ever again
Read more
62 people found this helpful
Report abuse

BeMoreCat
5.0 out of 5 stars Foley strikes gold again!
Reviewed in the United Kingdom on February 26, 2020
Verified Purchase
Intriguing and captivating. I think that some of the reviewers who gave this book one star may have bad intentions. Read it and judge for yourself. I thought it was great!
Read more
56 people found this helpful
Report abuse

Danielle
5.0 out of 5 stars Good
Reviewed in the United Kingdom on February 22, 2020
Verified Purchase
I pre ordered this book as I'd read the hunting party, yes the basic story is similar ,a lot of people thrown together this time for a celebration, I guessed some back story before the end,which didn't spoil the story at all , I actually cared and disliked some of the characters, which is no mean feat, enjoyed this book immensely, I'm just annoyed with myself that I read it so quickly!! When's the next book out?
Read more
38 people found this helpful
Report abuse
See all reviews
Back to top
Get to Know Us
Make Money with Us
Amazon Payment Products
Let Us Help You
EnglishChoose a language for shopping. United StatesChoose a country/region for shopping.
© 1996-2021, Amazon.com, Inc. or its affiliates