Rose Guide to End-Times Prophecy and millions of other books are available for Amazon Kindle. Learn more 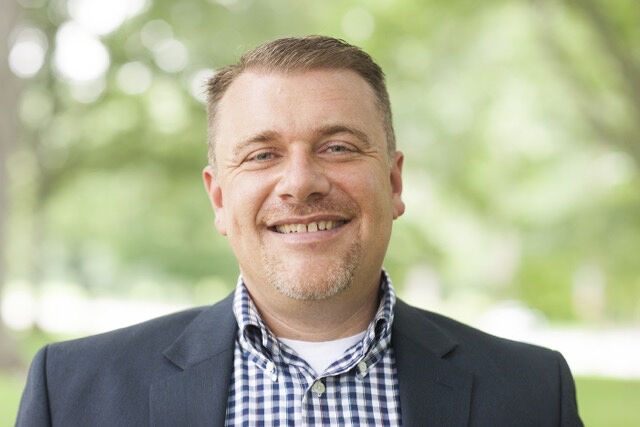 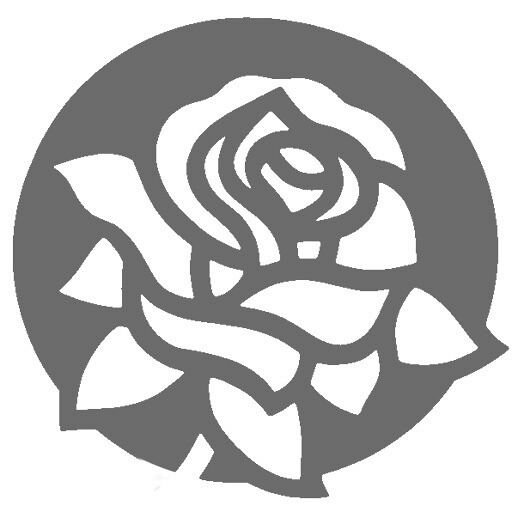 by Timothy Paul Jones (Author), Rose Publishing (Author)
4.7 out of 5 stars 160 ratings
See all formats and editions
Sorry, there was a problem loading this page. Try again.

Are we living in the last days? See ALL key prophecies, ALL major views, ALL in one guide! Packed with over 50 charts and visuals, it makes end–times prophecy easier to understand!

Enjoy having a solid overview of ALL the key Scriptures on end‐times prophecy at a glance and get unbiased explanations on each of the 4 different end-times views. Dig deeper into the book of Revelation, Daniel, and more.

Get Answers to Common Questions about End‐Times Prophecy!

This will become your go‐to guide for answering tough questions about end‐times prophecy!

According to a nation‐wide Barna poll, over 77% of evangelical Christians believe we are living in the end times. But, they don't all agree on when Jesus will return. How can you answer their questions?

Easily navigate through the book of Revelation, the book of Daniel, and other prophetic Bible passages.

Get a handle on topics, such as:

Most popular books on the end times cover just one view, making it difficult to fully understand the topic.

But this guide covers all 4 views and is packed with 50 charts, time lines, and pictures that make end‐times prophecy easier to understand.

See when each of the 4 interpretations believes the tribulation, the coming of Christ, the millennium, and "eternity" will occur. It covers:

50 Charts, Maps, and Illustrations That Show Key Information at a Glance!

It's the only book that includes dozens of full‐color charts and visuals on EACH end‐times view.

From the controversial mark of the beast to the dreaded 666, there are dozens of words and phrases specifically used when talking about end‐times prophecy. It is easy to misunderstand these terms.

This guide defines dozens of terms in a simplified way.

Enjoy having simple explanations on:

"In the midst of eschatological debates and arguments, this book provides a refreshingly fair and irenic approach to a difficult and sensitive topic. It will certainly help the reader to understand the breadth of theological issues involved in discussing the end times. Most importantly, it places the reader's attention on the issue the Scriptures emphasizes: the glory of God and His faithfulness to His Word. Having this biblical perspective makes this book a must read for those in the church to rightly grasp the content and beauty of eschatology.

"For decades, Christians have taken one side or another in the interpretation of the Bible's future events. I like the 'different views' approach because it allows believers to think and decide for themselves. Timothy's work avoids speculative extremes and helps us understand end-times prophecy from start to finish. I love the charts, diagrams, and pictures!"

"It doesn't take long for a discussion of the end times to get kooky, hyper-complex, or both. If you're afraid to talk about the last days because you're afraid you'll wind up gazing at byzantine prophecy charts or listening to someone talk about how you ought to be storing up food and weapons, this book is for you. Timothy Paul Jones, one of the most brilliant scholars in the Christian world, takes the words of Jesus seriously, all of them, including the ones about the end. He takes them so seriously that he refuses to hide them under a bushel of scholarly jargon or of sensationalistic hype. Read and be blessed."

Award-winning author Dr. Timothy Paul Jones has bachelors and masters degrees in biblical literature and pastoral ministry, as well as a doctorate in educational leadership. He is a professor at the Southern Baptist Theological Seminary in Louisville, KY. In 2010 he won the ECPA Christian Book of the Year award in the Christian Education category for Christian History Made Easy.

Start reading Rose Guide to End-Times Prophecy on your Kindle in under a minute.

4.7 out of 5 stars
4.7 out of 5
160 global ratings
How are ratings calculated?
To calculate the overall star rating and percentage breakdown by star, we don’t use a simple average. Instead, our system considers things like how recent a review is and if the reviewer bought the item on Amazon. It also analyzes reviews to verify trustworthiness.
Top reviews

Jean Klett
5.0 out of 5 stars The Author Has Untangled The Often-Tangled Views
Reviewed in the United States on September 7, 2020
Verified Purchase
This book has helped me learn the different views of end-times prophecy because they have been presented very clearly AND in an organized fashion. This author is so organized that I would bet at least $200 that he stores his socks and ties in an orderly fashion -- ha! (I have never met him, but I hope that I just gave him a good laugh.)
Read more
3 people found this helpful
Helpful
Report abuse

agbif
5.0 out of 5 stars Excellent. Well laid out. Well illustrated! Highly recommend!
Reviewed in the United States on November 13, 2013
Verified Purchase
If you are looking for a Bible based reference guide to end-times prophecy, I highly recommend the Rose Guide to End-Times Prophecy by Timothy Paul Jones, PhD. This is an incredibly illustrated, well laid out guide that very well covers Bible prophecy of end times and many popular interpretations of such. It is loaded with comparison charts to help you quickly understand the different viewpoints. I especially like the reference to the end-times viewpoint that early Christians adhered to.

I have a large home library of Rose Publishing books and pamphlets. All of them are VERY useful for quickly and concisely understanding the Bible as a whole. I refer to them over and over. I use them frequently as teaching tools. Rose Publishing is very careful to stay true to the Bible text and to Christian History. All the Rose Publishing illustrations are high quality, Biblically accurate, and visually pleasing and easy to comprehend.
Read more
16 people found this helpful
Helpful
Report abuse

M. Gillis
5.0 out of 5 stars Great overview of the different interpretations of eschatology.
Reviewed in the United States on September 10, 2019
Verified Purchase
Very well-written, straight-forward book for tackling a very complex topic. It’s nice that the topic material was presented in an unbiased manner.
Read more
One person found this helpful
Helpful
Report abuse

Thomas
5.0 out of 5 stars A clear, even-handed overview of End-Times Prophecy
Reviewed in the United States on October 26, 2011
Verified Purchase
There are many articles, books and studies on end-times, but most I have read support one view or another and attack what they don't agree with. Not this book. It is a clear unbiased presentation of the major viewpoint of eschatology.

I am a not a Biblical scholar, but eschatology has always held a fascination for me. The first chapter of this book is appropriately titled, "Keeping Your Eyes On The Right End" and does council the reader that the most important focus of all Bible study, especially eschatology, is keeping your eyes on Christ. As is pointed out in the text, so many times we look to hot-topics such as eschatology or Calvinism vs. Arminianism in our study and discussion; we lose focus on what is truly important and place God on a shelf away from the study.

I found the presentation of the book to be of great help in understanding the different viewpoints of the end-times prophecy. Although I believe that this book is understandable to anyone, it has been written to be of great value to everyone, it is not "Eschatology for Dummies."

The information has been presented in an even-handed way, not leaning toward one view or another. I had come to my own conclusion, but I wanted a clear understanding of how others support their eschatological beliefs. This book does that and it challenged me to dig deeper into scripture. (Edit: 12/21/11 - My ONLY complaint, after reading through this several times, is that it could have been written at a higher level. The format and information are great but it reads as though it is all new information, maybe at a high school level. Still, I'll keep it at 5 stars).

This is also a book that can be a good resource to refer back to time after time.

Bottom line is I liked this book very much. And, as the author states, always keep your eyes on the right end.
Read more
28 people found this helpful
Helpful
Report abuse

P. R. Gustavson
5.0 out of 5 stars Very good overview.
Reviewed in the United States on April 28, 2013
Verified Purchase
I recommend this book to anyone wanting an overview of the differing perspectives on the last days. It doesn't go into great depth--it's not meant to, it is a synopsis. That's why I think it's great. I'm no theologian, and my perspective is from 40 plus years of God's grace. Actually longer than that because He was graceful before I gave my life to Him. Anyway, I've been blessed with pastors who held to a pre-tribulation view most of those 40 years. I wanted to try to understand how others explained their views mainly because I know some very godly men who hold other views of the end times. Rather than being judgmental toward those brothers, I want to understand. I think this book is great in reaching toward that goal. This book does go into a lot of basic Christianity. I wasn't looking for that. So, in a way it's more reading than it really needs to be, but it's always refreshing to read more about how great our God is.
Read more
5 people found this helpful
Helpful
Report abuse

Herman T.
5.0 out of 5 stars Very well done, and covers all major views
Reviewed in the United States on December 30, 2015
Verified Purchase
A very good treatise on End Times Prophecy. Covers all of the major viewpoints, does not cater to any one particular view. Using it now as a teaching tool for a class on End Times Prophecy. Allows the reader/teacher to explore all the major viewpoints and come to their own conclusions/views.
Read more
3 people found this helpful
Helpful
Report abuse
See all reviews

G. E. Nash
5.0 out of 5 stars Great book
Reviewed in the United Kingdom on June 3, 2017
Verified Purchase
Anything by Rose Publishing is highly informative, set out in an easy format, and a pleasure to read. Highly recommended for those who struggle with the book of revelation and other biblical prophesies about end times.
Read more
Report abuse

GBMc
3.0 out of 5 stars Possibilities
Reviewed in the United Kingdom on October 6, 2017
Verified Purchase
A broad study on all aspects of possible outcomes.
Read more
Report abuse