Gumshoe in the Dark (The Mortimer Angel Series Book 5) and millions of other books are available for Amazon Kindle. Learn more
Share <Embed> 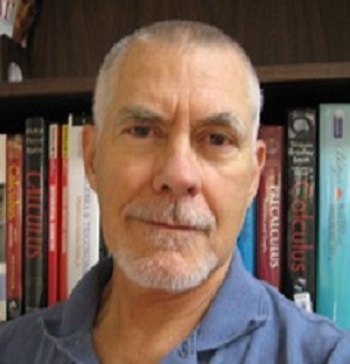 by Rob Leininger (Author)
4.2 out of 5 stars 61 ratings
Book 5 of 5: Mortimer Angel
See all formats and editions
Sorry, there was a problem loading this page. Try again.


“Gumshoe in the Dark is the best Gumshoe yet. Classic brilliant private eye magic from one of the mystery world's top practitioners.” —John Lescroart, New York Times best-selling author


“Outstanding! From its opening line to its satisfying denouement, Rob Leininger's Gumshoe in the Dark is a tightly plotted, deftly executed, wickedly funny, and wildly entertaining story. Mortimer Angel is a protagonist worth rooting for, and Gumshoe in the Dark will keep you up late. Highly recommended.” —Sheldon Siegel, New York Times best-selling author


* “Gumshoe, the first in the series, was a Shamus nominee, and the author continues to develop Mort’s character and his snappy repartee. Readers who loved Robert B. Parker’s Spenser or Matt Goldman’s Nils Shapiro will appreciate the humor and investigative work in this outstanding example of the PI novel.” —Library Journal (Starred Review)


“Once this novel is picked up, the reader will be reluctant to put it down . . . bring on the next adventure, Mr. Leininger. We’ll be waiting!” —New York Journal of Books


“So delightful are [Mort and Lucy's] scenes together that we’re sorry the two have to get to work. A high-speed, easy-reading narrative.” —Booklist

Gumshoe in the Dark is the fifth novel in USA Today best-selling author Rob Leininger’s Gumshoe series, featuring PI Mortimer Angel. Gumshoe, the first in the series, was nominated for the Shamus Award for Best PI Novel and was a finalist for the Foreword Book of the Year Award. Gumshoe for Two, Gumshoe on the Loose, and Gumshoe Rock followed in the series. Leininger lives with his wife in northwest Montana.
Start reading Gumshoe in the Dark (The Mortimer Angel Series Book 5) on your Kindle in under a minute.

4.2 out of 5 stars
4.2 out of 5
61 global ratings
How are ratings calculated?
To calculate the overall star rating and percentage breakdown by star, we don’t use a simple average. Instead, our system considers things like how recent a review is and if the reviewer bought the item on Amazon. It also analyzes reviews to verify trustworthiness.
Top reviews

Lois
2.0 out of 5 stars Falls in love with sex joke and can't let it go
Reviewed in the United States on June 9, 2021
Verified Purchase
I'm no prude and I love mysteries, thrillers and suspense. But what began as a cute, vaguely surprising flirtation between Mort and Harper just drags on until I wanted to gag at the supposed gag. You have to wait through at least a half-dozen chapters for a plot. It's just too long. The first third of the book is spent with fascinating details like what happens when she tosses his towel and will both of them sleep under the sheet. It's like a first-grader telling a mildly dirty joke.
Read more
Helpful
Report abuse

Laney
5.0 out of 5 stars More gum shoe please!
Reviewed in the United States on June 4, 2021
Verified Purchase
I have read all of the gum shoe books and loved each one. They are great stories, humorous and delightful. Highly recommended.
Read more
One person found this helpful
Helpful
Report abuse

turtle girl
5.0 out of 5 stars you won’t put this down !!!
Reviewed in the United States on July 3, 2021
Verified Purchase
outstanding read …… the series is captivating and i can’t wait until the next one comes out

start with the first book then work your way through - you won’t be disappointed!!!
Read more
One person found this helpful
Helpful
Report abuse

Monnie Ryan
4.0 out of 5 stars Enjoyable Plot, but Not the Childish Sex Banter
Reviewed in the United States on June 19, 2021
This is the fifth in the author's "Gumshoe" series, and my first; it stands alone quite well, in part because a fair amount of page time is devoted to reminisces, I guess you'd say, of events I assume took place in previous installments that gave me some idea of what went on before.

In this one, what's going on is plenty. Former IRS agent Mortimer Angel, now training to become a fully licensed private detective in Nevada, has set out to find a wayward young man who has become, unbeknownst to him, heir to a small fortune. On the road to find him and many miles from anything close to civilization, he can't resist stopping to help the beautiful Harper Leland, who's scantily clad and stranded in the rain. When she tries to hijack his truck, Mort quickly snips off a valve on one of the tires - effectively bringing her to a stop. When they learn the spare tire is flat as well, they have to get creative to get going or else spend the night on a lonely stretch of road.

Realizing that they may be being followed, Mort concludes that Harper may be central to some of the suspicious things that seen to be happening to them (although she denies it). Amid all this, the state attorney general has gone missing and two teenagers have been murdered - with no connection that anyone has found. Mort stays on track to humor Harper and keep looking for the soon-to-be-rich kid while his mentor Maude Clary, an older woman who rules the office with an iron mouth, warns Mort over and over that if he finds another dead body (or any parts thereof), he's fired.

Despite all of Mort's efforts, of course, he and Harper find mayhem and mayhem returns the favor - resulting in Mort's wife Lucy, who's got serious chops of her own in a number of areas (and inexplicably, more than willing to join in with the getting-naked jibes) meeting up with them. All three get stuck in some impossibly dangerous situations covered with plenty of blood and gore and only Mort's aforementioned creativity - combined with a few almost unbelievable contortions by Lucy - can hope to save them. Can they find out what's really going on before at least one of them bites the dust? I'll never tell, so if you want to find out, you'll just have to read the book (just for the record, I always advise starting at the beginning with any series, but you won't be disappointed if you opt for this one).

Although I enjoyed this book overall, I must mention that after the first couple of chapters I grew weary of the unrelenting risque repartee between Mort and Harper. Yes, he's a healthy male and she's wearing dripping wet next to nothings, but he's also married, in his mid-40s and she's a five-year schoolteacher - both well beyond the years when bathroom banter is age-appropriate, at least in my mind. For a while, it was sort of amusing; but when it was still outdoing the Energizer Bunny at the 25% mark, I literally said to myself, "Okay - I'll give it one more chapter and if it doesn't stop, I will." Since you're reading this, it did - at least enough that I could find an actual plot to follow that was both interesting and intriguing. Thanks to the publisher, via NetGalley, for giving me the opportunity to read and review a pre-release copy.
Read more
Helpful
Report abuse

L. Dean Murphy
5.0 out of 5 stars Leininger’s Gumshoe series is a magnificent PI mystery smorgasbord
Reviewed in the United States on June 3, 2021
Trouble flocks to ex-IRS agent and PI-trainee Mortimer Angel like pigeons to a statue. Or is that, beautiful babes flock to Mort?

Following 2019’s GUMSHOE ROCK, trouble takes center stage in this fifth installment, since the Great Gumshoe is devoted to his wife. Mort mulls: “I’d thought that old post-IRS karma was defunct now that I’d married Lucy.” Mort’s on the simple assignment of tracking down the schlemiel grandnephew of a forebear who’d bequeathed $680,000, if he’s located within a month. Otherwise, the stash goes to various no-kill animal shelters.

Harper Leeman (tribute to the author of TO KILL A MOCKINGBIRD) is 28 and alone on a rural road 30 miles from the nearest whistle-stop reminiscent of Lucille’s Roadhouse along Route 66, as a thunderstorm approaches—a cold, dark and stormy night. What could possibly go wrong?

Who could blame Mort for pulling over to aid a damsel in distress? Before he can exit his pickup, Harper points a pistol at him. Sonofa…gun. He grabs his overnight bag and walks to the back of the truck, as instructed. Before she can hijack the pickup, Mort slices the tire valve. “Cut off a valve stem and tires go flat in a hurry.” That karma thing? The spare is flat.

Whirlwind plot twists reveal that two local teens have gone missing, as has the Nevada attorney general, Harper’s estranged mom. Now, a sinister bruiser in a black behemoth vehicle asks if Mort has seen a gal matching Harper’s description. Nope! Mort fails to mention she’s hiding in the truck. Harper sits on Mort’s lap to balance the three-wheeled vehicle, as they snail-pace it to a town without a motel. Things get worse—or better—depending upon perspective.

Totally devoted to Lucy, he calls from a cellphone dead zone using an antiquated landline: “Got a real kickass story to tell you, babe.” That tale includes spending the night nude with Harper while their storm-soaked clothes tumble in a dryer. Lucy does, however, implicitly trust Mort. Simple math doesn’t add up, though. How long can it take to track down a feckless nephew? That, and multiply the sum by a missing attorney general and two vanished teens. Lucy’s intuition prompts a visit a few days later. Send in the cavalry.

There is less humor than previous books in the series and more intense thriller scenes, making Mort my go-to gumshoe.

Reviewed for Bookreporter by L. Dean Murphy
Read more
Helpful
Report abuse
See all reviews
Back to top
Get to Know Us
Make Money with Us
Amazon Payment Products
Let Us Help You
EnglishChoose a language for shopping. United StatesChoose a country/region for shopping.
© 1996-2021, Amazon.com, Inc. or its affiliates