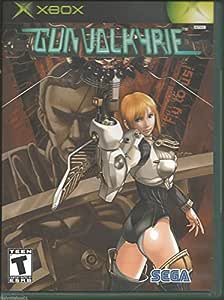 4.0 out of 5 stars
4 out of 5
42 customer ratings
How does Amazon calculate star ratings?
Amazon calculates a product’s star ratings based on a machine learned model instead of a raw data average. The model takes into account factors including the age of a rating, whether the ratings are from verified purchasers, and factors that establish reviewer trustworthiness.
Top Reviews

JEB
5.0 out of 5 stars SEGA IS THE KING OF ARCADE GAMES, TO ME.
Reviewed in the United States on November 17, 2018
Verified Purchase
Playing this game after sooo many years is amazing. It is just as great now as it was then. I’m 43 years old but I still love my video games 😄🙂😜.

Just watching the demo leaves my mouth wide open like “YOU CAN REALLY PLAY THIS GAME LIKE THAT!?!?”

This game reminds me of:
1. Jet Force Gemini
2. Super Metroid
These two games are amazing too.

SEGA needs to come back and start making games again.

If there is anyone who made video games that should always be remembered it is SEGA.

D. K. Malone
5.0 out of 5 stars Unjustly maligned controls
Reviewed in the United States on October 8, 2002
Verified Purchase
Many people seem to believe that *all* games should have simple, intuitive, pick-up-and-play control schemes... and that any game that doesn't is not worth playing. Period. While I agree that simple and familiar controls are obviously a plus, some games, such as GunValkyrie, involve innovative mechanics which necessitate controls that are complex and unprecedented and require some effort on the part of the player to learn how to use them properly. The impatient gamer will fumble around for a few minutes, stop playing out of frustration, and delcare that the game stinks. The more dedicated will take the time to familiarize themselves with the controls and the mechanics until they have a firm grasp on them.

A lot of people who dislike GunValkyrie bemoan the fact that the dual joysticks are used to the exclusion of the face buttons. They see this as a design flaw. On the contrary, rather than a flaw it's an utter necessity in order to facilitate the game play. In a way, GunValkyrie is like an updated version of Robotron 2084. It's all about moving in one direction while aiming and shooting in another. As Robotron proved 20 years ago, the best way to do this is by using dual joysticks. The game involves so much constant maneuvering and shooting, there's simply no feasible way to relegate any of the controls to the face buttons. Doing so would require you to remove your thumb from the right joystick, instantly severing your control of the character. You've got to keep both thumbs on the sticks. There's no other way to allow the player to launch into the air, jet horizontally over an enemy to get a clear shot at its weak point, and then aim down to fire at it. GunValkyries's controls are innovative and empowering to the point that they deserve an award.

All of that said, this game is indeed challenging. But the difficulty doesn't come from poor design or merely being "cheap". It's just an excellent update of the good old fashioned arcade style shooter that requires patience, practice and skill.

flaviolius
5.0 out of 5 stars Porcupines and Butterflies
Reviewed in the United States on March 18, 2003
Verified Purchase
Originally slated by Sega for release on the Dreamcast (and to have used a controller in conjunction with a light gun!), GunValkyrie is the type of game that is becoming rare these days: a skill-based, challenging, unique experience. But it adds superb graphics and sound, and some of the best videogame art found in the current generation.
It wasn't Halo that sold me on the Xbox (although it's a fantastic game in its own right), but Sega's steampunk bug-shooter with the bizarre and perfect control setup.
It's intentionally ironic, I think, that the "A" button - often the primary button for most games - has no game-based function in GunValkyrie. Smilebit (the Sega team that developed GV) has introduced an ingenious control scheme that's one of the best things to happen in the 128-bit era. Simple, yet demanding, especially when combined with the devious level designs of the planet Tir na Nog. Contrary to what others may say, GV's controls are NOT terrible. They do exactly what they're supposed to do, with no lag between input and execution. What the doomsayers mean is that the controls are UNFAMILIAR. Smilebit throws you into the middle of hordes of enemies, with tiny platforms to navigate, daring you to complete the obstacles. Much like MDK2, GV starts tough and quickly gets tougher, but in doing so, it causes you to adapt and grow, to the point where you are regularly maxing the boost combo meter without even thinking about it, rarely touching the ground. That is the sign of inspired game design. With dedication and patience, anyone can learn the controls, and the payoff is an "in-the-zone" feeling, along with a dazzling midair ballet as you deal matchlock cannon and drive-gun death to the insectoid minions.
And what visuals there are. The animation for all characters is astounding, and the boss creatures are awe-inspiring, horrific, and memorable. Small details, like how your character absorbs the recoil of gunfire, are everywhere. The best part of the graphics, however, are the levels themselves. The Valley levels teem with organic, pulsating life, uplifting air currents, and remarkable skylines. The Civilian Base halls sport alien, yet familiar architecture, with huge gears and semi-transparent doors. The real winner is Naglfar's Pit, a mile-high acid-filled gorge with drifting lights, multiple platforms, and an odd, almost underwater ripple effect to everything, along with a haunting music-box soundtrack and insane ramblings from...well, I'll leave that to you to discover.
GunValkyrie combines the best aspects of the shooting, platforming, and adventure genres into one incredible experience, adds a heavy dose of much-needed innovation, and tops it off with a perfectly realized, surreal atmosphere, polishing everything to a hypnotic shine. Some may argue that once you learn the controls, the game becomes simple, and while that's true in part, the joy is in the journey, not necessarily the destination. Getting "S" rankings on all missions will take some time as well! Sega is one of the gaming industry's last real pioneers, and it's good to know that they're still around. Microsoft also gets a nod for taking a chance on this kind of title on a relatively new console.
Anyone looking for something a little different, or a serious challenge, owes it to themselves to try GunValkyrie. Gems like this are becoming precious few.
Read more
11 people found this helpful
Helpful
Comment Report abuse

Cam
5.0 out of 5 stars Classic and Underrated
Reviewed in the United States on May 18, 2018
Verified Purchase
Another classic from Sega that really never got the attention it deserved, perhaps that will change one day with Xbox one BC. A nice shoot em up, lots of bright colors and a great sci fi soundtrack. The controls can take a little getting used to at first, after that it's nothing but fun.
Read more
One person found this helpful
Helpful
Comment Report abuse

S. Walton
2.0 out of 5 stars Don't Buy This Game
Reviewed in the United States on June 18, 2002
Verified Purchase
I kind of like "Gun Valkyrie", but after watching a number of friends and especially kids play it, I have to warn against spending $ on it. Two reasons:
1. The controls for flying/jumping are over-complex, and several missions cannot be completed without this move, so you get stuck, and ultimately bored.
2. You cannot save DURING a mission, so if you get bored with trying the same jump over and over, you will have to go back to the beginning of the mission if you don;t want to leave your XBOX running all night. This, IMHO is the biggest single mistake ANY manufacturer can make with a video game...
As I said, I kind of enjoy the game, and my more dextrous gamer buddies have little problem with the controls, but a majority of "casual" gamers that I have watched play, get frustrated and even angry with the game. So I would have to recommend against buying it.
Read more
One person found this helpful
Helpful
Comment Report abuse
See all reviews from the United States