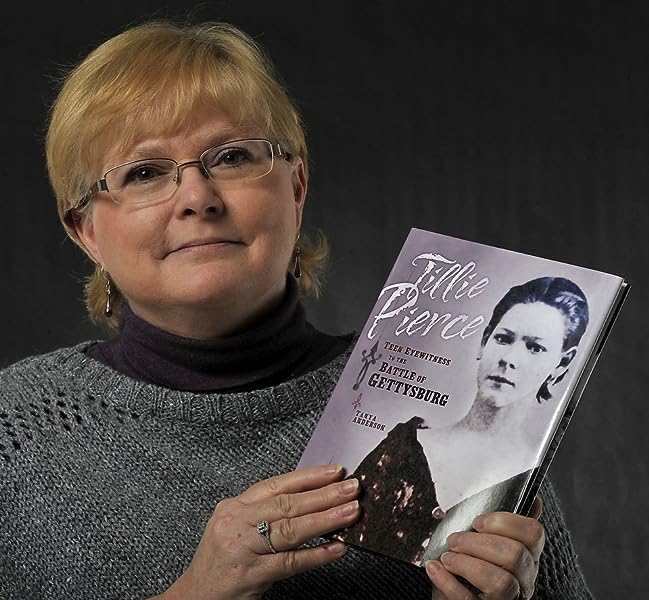 Gr 6 Up—During the Civil War, women and girls filled rifle cartridges by hand for the armies of the North and the South. These women and girls, most of whom were immigrants, poured gunpowder, worked with percussion caps, and stacked completed ammunition. Flammable and explosive materials were everywhere—one spark spelled disaster. Anderson pieces together the before and after of the deadly explosions that occurred at the Allegheny Arsenal in Lawrenceville, PA; the Confederate States Laboratory in Richmond, VA; and the Washington Arsenal in Washington, DC. Each event is foreshadowed, described in detail, and then investigated. With the help of primary source documents, the author examines life working in an arsenal (including diagrams on how to fill a cartridge) to give shape to the lives of these often forgotten women. Using census records, Anderson identifies the victims of each accident by name and age. Extensive back matter makes this a useful selection for research or reports. Pair this highly readable title with Albert Marrin's Flesh and Blood So Cheap for a look at working conditions in U.S. history. VERDICT Recommended for teen history buffs.—Lisa Crandall, formerly at the Capital Area District Library, Holt, MI

''Told clearly and engagingly, this book is sure to hook young history fans...and maybe create some new ones'' -- Sarah Holt, Left Bank Books, St. Louis ''Wow! This story is unprecedented. The accounts of the explosions themselves are as harrowing as narrative gets.'' -- Elizabeth Norton, Commerce Township (Mich.) Community Library ''Anderson uncovers the hidden history of the Gunpowder Girls, who made ammunition during the War, through compelling narrative that brings history alive with primary source research.'' -- Lizz Zitron, Mortvedt Library, Pacific Lutheran University --Reviews

''Clear, engaging prose. . . Extensive backmatter adds gravitas. The employment plight of so many women of the era--few jobs and low pay--is amply illustrated. This grim, enlightening tale is most likely to appeal to those who seek out disaster stories or have an interest in American history.'' --Kirkus Reviews, September 2016 issue

"Told clearly and engagingly, this book is sure to hook young history fans...and maybe create some new ones." --Sarah Holt, Left Bank Books, St. Louis "Wow! This story is unprecedented. The accounts of the explosions themselves are as harrowing as narrative gets." --Elizabeth Norton, Commerce Township (Mich.) Community Library "Anderson uncovers the hidden history of the Gunpowder Girls, who made ammunition during the War, through compelling narrative that brings history alive with primary source research." --Lizz Zitron, Mortvedt Library, Pacific Lutheran University

Tanya Anderson is an award-winning author and editor of books for young readers. She has worked for more than twenty years in various editorial functions for Pages Publishing Group, Guideposts for Teens, SRA/McGraw-Hill, Darby Creek Publishing, and School Street Media, her own business.

Anderson is the author of more than thirty books published in children's and educational book markets. Her book, Tillie Pierce: Teen Eyewitness to the Battle of Gettysburg, is also a narrative nonfiction book for young readers. It was a Junior Library Guild Selection and won the 2014 IBPA Benjamin Franklin Award for Teen Nonfiction.

Anderson lives in Springfield, Ohio, most of the year, but retreats to Palm Harbor, Florida, when it gets too cold. Her website is tanyaandersonbooks.com. She has also created a website to share even more information about this book at gunpowdergirlsbook.com.

Start reading Gunpowder Girls on your Kindle in under a minute.

4.9 out of 5 stars
4.9 out of 5
7 global ratings
How are ratings calculated?
To calculate the overall star rating and percentage breakdown by star, we don’t use a simple average. Instead, our system considers things like how recent a review is and if the reviewer bought the item on Amazon. It also analyzes reviews to verify trustworthiness.
Top reviews

Clif Hostetler
5.0 out of 5 stars Three Civil War Era Disasters
Reviewed in the United States on September 13, 2017
Verified Purchase
This book is an account of three major disasters that occurred during the American Civil War that resulted in the deaths of a large number of young women. War causes death, and the Civil War certainly caused many thousands of deaths. But these stories of mostly poor and young immigrant women working long hours at the assembly of ammunition cartridges are especially sad and tragic.

Theses young women were assembling cartridges for use in muskets and rifles. In all three instances covered by this book the gunpowder with which they were working was accidentally set off into horrific explosions. The locations and dates of the three explosions covered by this book and the resulting number of deaths are listed below:

This book is targeted toward a young adult readership and is well illustrated. It contains numerous interesting sidebar snippets of information. The personal stories about some of the victims are particularly poignant. I believe it is the sort of book that YA's will find to be interesting and educational.

Jane Kise
5.0 out of 5 stars The Way History Books Should Read
Reviewed in the United States on December 27, 2016
Verified Purchase
There is nothing boring about history--except how it is taught and/or written about all too often. Instead of teaching students to dread learning about the past, why not unearth the stories that make history come alive, as Anderson has done in both this volume and [book:Tillie Pierce: Teen Eyewitness to the Battle of Gettysburg|15948944]?

Meticulously researched, filled with anecdotes and photos to make the events come alive, and completed with ties to historical and ongoing struggles for women's rights, this book is well worth the read for anyone, but especially as a classroom centerpiece to help students understand why they should crave studying and researching history.
Read more
2 people found this helpful
Helpful
Comment Report abuse

crk
5.0 out of 5 stars A much needed book
Reviewed in the United States on October 27, 2016
Verified Purchase
A part of history that is often overlooked--the contribution of women and young girls during wartime in the United States. Very informative and well written. I highly recommend it.
Read more
2 people found this helpful
Helpful
Comment Report abuse

ELVERIA BROWN-GOOLSBY
5.0 out of 5 stars Great book on this little known history
Reviewed in the United States on December 15, 2017
After reading this historical account of the gunpowder girls, I plan on having my book club group to read this book. This is a well written book and lots of research and time was put into writing about these tragedies. This little known history about these girls and young women working in the male dominated munitions’ factories during civil war is riveting. Great book on this little known history. Thank you Tanya Anderson.
Read more
2 people found this helpful
Helpful
Comment Report abuse

LibStaff2
4.0 out of 5 stars Good Subject, Especially for Students
Reviewed in the United States on January 11, 2017
3.75 Stars
A YA historical account of 3 civilian tragedies during the American Civil War in which most of the casualties were girls and women. A book for students interested in the topic that is written more like a novella than a collection of historical facts with a subject matter that is long overdue. A few photographs are included as well as a decent bibliography.