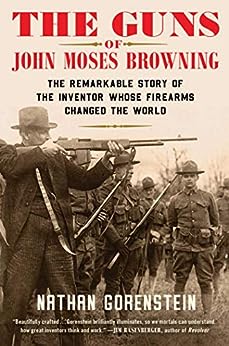 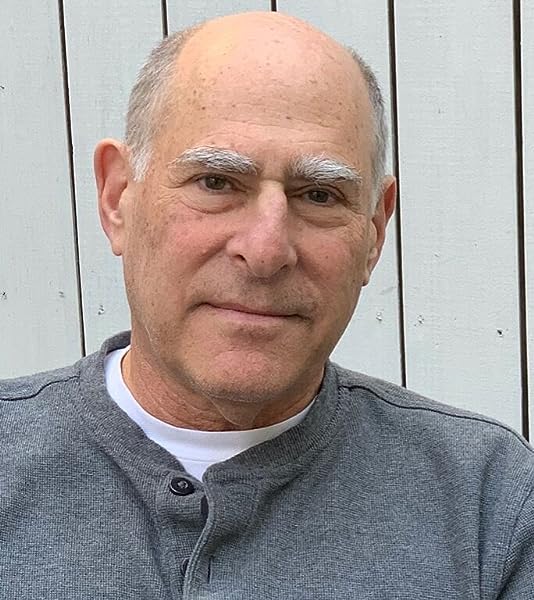 The Guns of John Moses Browning: The Remarkable Story of the Inventor Whose Firearms Changed the World Kindle Edition

Nathan Gorenstein is a former reporter and editor for The Philadelphia Inquirer, where he covered city and state politics and produced a wealth of groundbreaking work. He was previously a reporter for the Wilmington News Journal, where he led coverage of Sen. Joseph Biden's first presidential campaign. He is also the author of Tommy Gun Winter, the story of a Boston gang from the 1930s that included an MIT graduate, a minister's daughter, and two of Gorenstein's own relatives. He currently lives in Philadelphia.

4.7 out of 5 stars
4.7 out of 5
107 global ratings
How are ratings calculated?
To calculate the overall star rating and percentage breakdown by star, we don’t use a simple average. Instead, our system considers things like how recent a review is and if the reviewer bought the item on Amazon. It also analyzes reviews to verify trustworthiness.

GySgt (Ret.) G. E. Correll
5.0 out of 5 stars The Guns of John Moses Browning
Reviewed in the United States on May 31, 2021
Verified Purchase
This meticulously researched book is now the gold standard, and quite possibly the last word, on the remarkable life if the greatest firearms inventor who ever lived. Yet, it is also a very enjoyable book to read, with enough " human interest" antidotes and heretofore unknown stories to excite and keep a reader's interests. For all it's readability, though, this is first and foremost the definitive telling of the John Moses Brown story. Well done, Sir, well done!
Read more
4 people found this helpful
Helpful
Report abuse

Timothy L.
5.0 out of 5 stars Couldn’t Put it Down - Fascinating History of an American Treasure
Reviewed in the United States on June 2, 2021
Verified Purchase
Since John Moses Browning’s designs were manufactured by many different companies it’s often hard to find a compiled history of the man and his inventions. Gorenstein approaches Browning’s inventions chronologically across all business dealings, often providing interesting insight that fails to make official histories from company histories.

Browning was an absolutely fascinating man and I found the book to be difficult to set down. I thoroughly enjoyed reading this masterpiece that combines a biography of the man while being technically detailed about his inventions as well!

Brian T Madden
2.0 out of 5 stars The book is not about his guns. Its about his life. It is totally non technical.
Reviewed in the United States on June 7, 2021
Verified Purchase
From the title I expected the book to be about Browning"s guns. It isn't . It was written for someone who knows next to nothing about firearms. The author has to explain what a "receiver" is. That tells you all you need to know.
I did find out a few interesting things about Browning's career. In particular the patent battle between Browning/ Winchester over the toggle action. I was surprised to find out how long it dragged on. I would have thought Winchester would have pointed out that the Model 1873 used a toggle action long before Luger.

Linda Harris
5.0 out of 5 stars A fascinating read, written with grace and compelling historic detail
Reviewed in the United States on June 3, 2021
Verified Purchase
John Moses Browning possessed a fascinating mind that envisioned his designs in three dimensions, a possibility I never really considered. Putting his ideas down on paper was merely a formality but fortunately he did, and he also had the wits to apply for patents as well. That his designs are guns should not put the reader off. I have but a thimbleful of interest in them and yet I found Nathan Gorenstein's new book utterly compelling.

Gorenstein's chops as a reporter are unquestionable as he obviously has left no stone unturned in his quest to tell the story of one of America's great inventors. Browning's story is artfully interwoven with the history of the American settlers' westward expansion, Mormonism, the railroad, world wars, the conservation movement, and, quite fascinating to me, a recounting of how success in industry helped give life to European-style culture in a fledgling western American city.

Gorenstein's grace with words, sense of drama, and strong narrative pacing make The Guns of John Moses Browning an engrossing read. Inventors are almost invariably interesting people. I remember reading the biography of Eli Whitney as a child and feeling such fascination with his tenacious will, brilliant mind and fearlessness when it came to failure. I felt that same thrill reading Gorenstein's book. OK, I maybe skimmed the technical paragraphs, those are for the true aficionados. But Browning's life story is a worthy tale and Gorenstein has told it well.

Topken
5.0 out of 5 stars I had no idea
Reviewed in the United States on July 12, 2021
Verified Purchase
This book was an easy read when so many biographies can get bogged down in minutiae. I read it over the weekend. While I'm no "gun nut," I do own several weapons including a shotgun, pistol and a couple of rifles. Anyone who has ever watched a WWII movie has probably heard references to the BAR (Browning Automatic Rifle). What I didn't realize was that virtually any weapon I have ever fired, including those I own, was either originally designed by John Moses Browning or is a modernized version of one of his designs.
Read more
One person found this helpful
Helpful
Report abuse

Amazon Customer
2.0 out of 5 stars A rather basic biography with some new information.
Reviewed in the United States on June 25, 2021
Verified Purchase
While the book does offer some new information about Browning, it is a rather basic biography. The author does not seem to be that familiar with firearms and that shows when covering the designs of Browning. The various designs are not covered in depth and this is not a book for someone wanting technical details.

The first half of the book covers the life of Browning, where as the last half is filled with stories of ww2 combat that while Browning designs were used in the events, don't really add to the Browning story. It seems like the stories were added as filler to increase the page count.

Kelly Harbeson
5.0 out of 5 stars An American life
Reviewed in the United States on June 30, 2021
Verified Purchase
Born before the Civil War in what was still the "wild" west, countless examples of his designs are used today by sportsmen and women all over the world. His military designs are still in use on the front lines of many conflicts. He invented the Bang gas system a decade before the Dane, Soren Bang patented it. The only gun in history that used that system was the unsuccessful German G41 while JMB's patents are used to this day. Truly, an example of a life lived in full. Thanks for everything, JMB.
Read more
Helpful
Report abuse

Gray Man
5.0 out of 5 stars Finally, a definitive JMB biography.
Reviewed in the United States on July 4, 2021
Verified Purchase
Author Gorenstein brings to life the man we've all admired and yet knew so little about. Every whimsical and fragmented anecdote you've ever heard about this extraordinary man is laid out in a chronological and coherent manner. Along with a whole lot you probably didn't know. The detail and context is rich and effortless. Next time I pick up a model '94, a 1911A1 or a Hi-Power, I'll think of JMB, the man I now know with some degree of intimacy, and wonder at the remarkable mind the gave us and our country so much.
Read more
Helpful
Report abuse
See all reviews