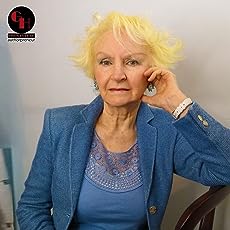 She began as a free-lance writer; factual articles about past traditions for local newspapers and country magazines (married name Barker).

One estimable achievement, being, the instigator of Radio Witham, Grantham Hospital's Radio Station, which took 2 years of research - to gaining support of Matron, Mrs Hutchinson & the League of Friends; thereafter, 3 months trial, leading officially to the opening by-way of intercepting into BBC (approved) in 1976.

"As interviewer/broadcaster, later Manager, my favourite 'well-known' people who visited Grantham were Quintin Hogg QC - waspishly witty. Ken Dodd - a little vulgar to start with. Willie Rushton actor/writer - droll - easy to talk to. And last but not least, Margaret Thatcher - then the Deputy Leader of Conservative Party - when she did a flying visit back to her home town after many, many years. The Lady kindly gave me 3 minutes to interview her - (reel to reel recorder). She had Bank Holiday blue eyes, small manoeuvring hands, glamorous legs with well turned ankles - her voice, I also remember was a trifle high - Denis, meanwhile, looked a me as though I was a damp baby!"

In 2016, Gwen established mother and daughter book publisher, She And The Cat's Mother with her daughter, Ida Barker 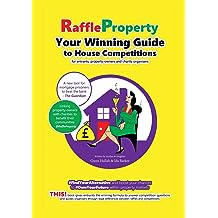 Are you seeking a foothold on the property ladder or a quick sale to downsize, or are you a charity seeking fundraising ideas to benefit your community? YES, then look no further. HERE is your guide to winning and selling property the alternative way. THIS! book is inclusive not exclusive, inspiring its readers to imagine possibilities and create action thinking BIG and thinking differently within property markets ==> INCLUDES colour illustrations through-out paperback and ebook formats (alternatively, choose the Gold-Edition hardback for glitter-effect illustrations)

Note: physical books may take up to 3 weeks to arrive via posted mail, whereas ebooks are instantly downloadable to your computer; laptop; tablet or phone 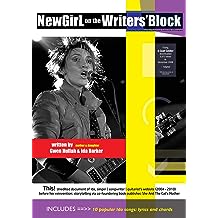 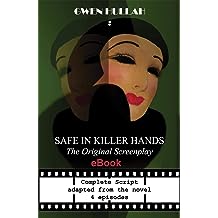 The COMPLETE original SCRIPT adapted from the revenge fiction novel: SAFE IN KILLER HANDS - Money, Madness, Murder, includes all 4 episodes. "With the logic of betrayed, the Asquith women instigate revenge - murder dressed in its Sunday best" - set within the 4 seasons of 1947. A widow, her daughters and their farm-man, enmeshed in murderous plans against the inheritor; a keep-sake son. Their instigated farming accidents back-fire with precursory risks and results. Killing the family heir becomes a deadly game of roulette! *Also available in paperback* ==> Note: paperbacks may take up to 3 weeks to arrive via post, whereas ebooks are instantly downloadable 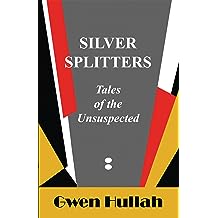 "Meet the shameless women of a certain age who kick over the traces in the most unsuspected ways." Gwen Hullah's collection of compendious stories - wherein these pages you will meet the Silver Splitters who, like the orchid dares to bloom while its keeper is away on holiday. "She Kissed It Worse" - a very plain widow with very deliberate ways; who knows the value of medicinal herbs and deadly plants... "Daggers Drawn" - a Women's Institute secretary who takes perverse pleasure in usurping an old rival - the reinstated chairwoman, and finds herself much read about in a most unsuspected way... "Keen To Shoehorn" - where a wife's ultimatum leads to a husband's ultimate trap... "Spaghetti Hat" - a sophisticated lady who knows the worth of simplicity, wherein, connections between her alibi must not be examined... ==> Note: paperbacks may take up to 3 weeks to arrive via post, whereas ebooks are instantly downloadable 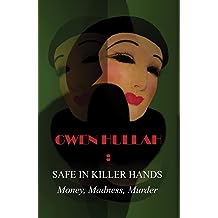 "With the logic of betrayed the Asquith women instigate revenge - murder dressed in its Sunday best." Revenge fiction - set within the four seasons of 1947. The Asquith women have been mastered, yet they are controlling together what they have been mastered by - Sam Asquith, land-owner. Found. Dead. Sorrow turns to revenge when Stella Asquith - the vivacious widow - and her land-girl daughters, aided by their psychopathic farm-man, discover half-share of Sam's wealth has been bequeathed to a kept-in-the-dark illegitimate son. Bitter in enmity, the murderous foursome instigate farming accidents which back-fire with dangerous risks and results. Killing Sam's son proves to be a deadly game of roulette ==> Note: paperbacks may take up to 3 weeks to arrive via post, whereas eBooks are instantly downloadable