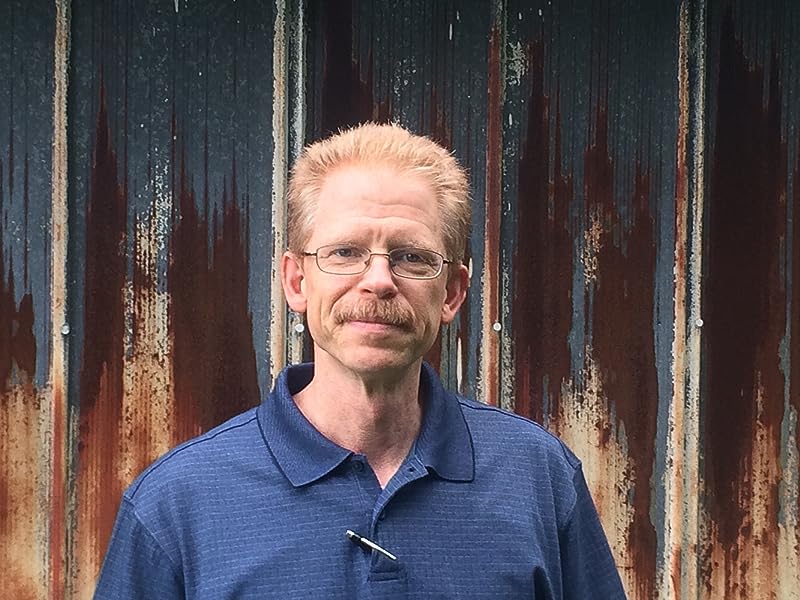 Nikolas Larum is a bi-vocational pastor in Chesapeake, Virginia. In addition to his thirty years of ministry, he has worked as a government contractor and in the recycling industry.

Larum has fond memories of moving to Francoist Spain when he was six. He and his family lived there for five years before returning to the Ozarks in 1976. A lifetime traveler, Larum has drawn on his own experiences as an outsider in America and abroad to write this unique thriller.

Larum lives with his wife, Heidi, and four of their children. This is the first work in a planned series.

Start reading Gypsy Spy: The Cold War Files on your Kindle in under a minute.

L. Nicholas
5.0 out of 5 stars Thriller. Should be made into a movie.
Reviewed in the United States on October 26, 2019
Verified Purchase
The truth that’s a running thread throughout Gypsy Spy is trust no one. Ever. This book is a thriller, and thriller should be spelled in capital letters.

Set mainly in Spain and France, this story delves deep behind the scenes of international politics and economies and how they are manipulated. It’s all chillingly realistic without ever naming specific events or heads of State. If you were a fan of the series Scandal, the TV show pales in comparison to the betrayals, secrets and intrigue rampant in Gypsy Spy. The novel is filled with scenes of both cold-blooded and impassioned violence, made even more vivid when carried out by a boy who is just a young teenager.

Twelve-year-old, Carlos, is witness to his father’s murder. He is left to survive anyway he knows how. He spent his early years cloistered world where every spare hour was spent with his father, learning challenging games of dexterity and gymnastic physical prowess. What Carlos thought were just games were actually survival skills. His father, Shane Leoppard, was training his son to survive the brutality of the life he would inherit if Shane were to die. As it soon turns out, Carlos witnesses his father’s violent death and, as he tries to track down his father’s killer, he becomes immersed in Shane’s secret life: espionage. His father was a cold-war operative.

As Carlos sets out to avenge his father’s death and trace Shane’s footsteps, he comes across a terrifying, secret research project—a weapon that is deadly beyond most human’s imagination. It is part of a power tug-of-war between those who wish to control their countries and the world. Carlos learns that his father was playing at being a double agent, and was determined that no one would ever be able to stock and use this weapon. Carlos is playing with the big boys. To stay alive he assumes different aliases and identities (a bit confusing at first, but readers can soon catch on.)

Early on Carlos finds his way into a gypsy camp where he discovers he has the tie of gypsy blood. He is eventually absorbed into the culture of the Romany gypsies, who manage to travel freely across borders. Carlos, through his continued obsession to kill those who killed his father, becomes the infamous gypsy spy, Rat-gêló. Along the way the reader is offered a special treat--a rare and fascinating look into the secretive society of the reticent Romany culture, right down to quotes in their language. This is a very closed culture.

Rat-gêló grows into an elusive devil, one who is able to confound and terrify multiple layers of secret agents, those above them, and everyone involved in this ugly side of the cold war. There is so much killing, some unintentional and horrifying, that Carlos finds himself plagued by visions of demons and his conscience eats away at him. He almost loses his mind along with his soul, as he travels from France and Spain to America on a quest to revenge not just his father’s murder, but that of his mother, wife, and everyone he holds close.

As I read through this novel the same thought keep repeating. How does this author, a minister, have such depth of knowledge of theatrical weaponry, the Romany culture, the inner workings of an espionage operative, and also has the ability to write about violent killings in such detail. I’m not sure I really want to know, but my curiosity was, and is still, piqued.

This book is a wild ride.

Jane Manasseri
5.0 out of 5 stars A Roller Coaster Ride of a Book!
Reviewed in the United States on November 11, 2016
Verified Purchase
So many twists and turns along the way - it kept me pulled along to keep reading to find out what was around the next corner.
Very imaginative - or based on life happenings? I couldn't tell, because the details were so explicit. The end was fulfilling - with the length of the book I was worried it may not be worth the effort, but thankfully I was wrong! A very entertaining read I would recommend
Read more
2 people found this helpful
Helpful
Comment Report abuse

Bob May
5.0 out of 5 stars Read this story now before it becomes a movie!
Reviewed in the United States on December 3, 2017
Verified Purchase
This novel was a run read - with mystery, adventure, and twists with every chapter. Gypsy culture, Spanish history, societal bias, and a surprising religious element are interwoven within a truly edge-of-the-seat espionage plot in which the real motives of the antagonists are difficult to guess until the very end. I found the story captivating, informative, and uplifting.
Read more
Helpful
Comment Report abuse

Barbara Kengle
5.0 out of 5 stars I loved this book. It is exciting, thrilling and edge of your seat surprising
Reviewed in the United States on September 16, 2016
Verified Purchase
This book is amazing. I was captivated at only a few pages in. Every time I was sure that I knew what would happen next, I would turn the page and be wrong. So many surprises and such a wonderful read. I laughed and I cried. Even the end was a surprise. Nikolas Larum, please write more!
Read more
2 people found this helpful
Helpful
Comment Report abuse

Amazon Customer
5.0 out of 5 stars Read it!
Reviewed in the United States on June 3, 2017
Verified Purchase
I could not put this book down! I kept thinking I had it figured out when the next page would surprise me. Captivating story and excellently composed. I highly recommend putting down your cell phone, turning off the TV and turning on your mind and imagination with this story.
Read more
Helpful
Comment Report abuse

Amazon Customer
5.0 out of 5 stars An absolute page Turner!
Reviewed in the United States on August 28, 2017
Verified Purchase
A wonderfully exciting novel! From start to finish the stories twists and turns will keep you wondering "What's next?". The story within the story has a very strong message and I thoroughly enjoyed every word.
Read more
Helpful
Comment Report abuse

Amazon Customer
5.0 out of 5 stars Roller Coaster!!!
Reviewed in the United States on September 15, 2016
Verified Purchase
Sit down, buckle up, and enjoy the ride!!
This is a great book! Non stop action and very well written!
I'm looking forward to Nick's next book!
Read more
One person found this helpful
Helpful
Comment Report abuse