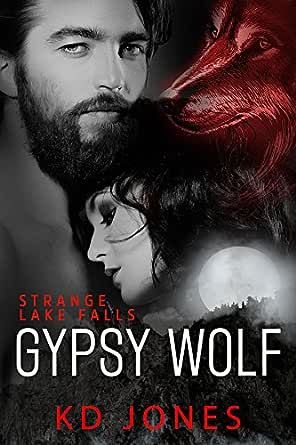 You've subscribed to Strange Lake Falls Series! We will preorder your items within 24 hours of when they become available. When new books are released, we'll charge your default payment method for the lowest price available during the pre-order period.
Update your device or payment method, cancel individual pre-orders or your subscription at
Your Memberships & Subscriptions
There was an error. We were unable to process your subscription due to an error. Please refresh and try again. 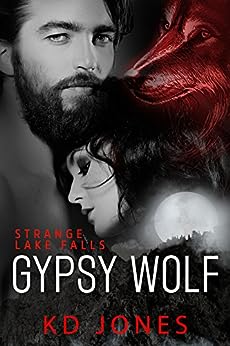 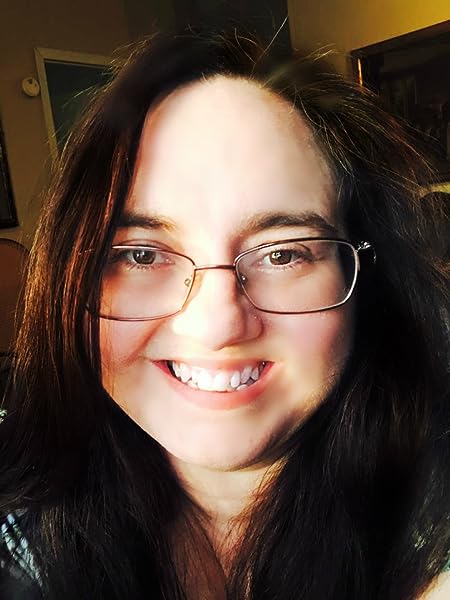 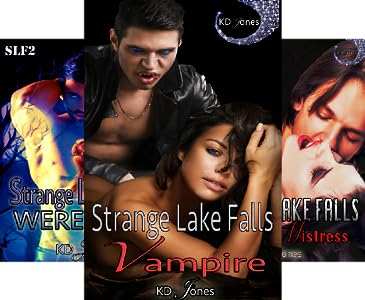 4.1 out of 5 stars
4.1 out of 5
14 customer ratings
How does Amazon calculate star ratings?
Amazon calculates a product’s star ratings based on a machine learned model instead of a raw data average. The model takes into account factors including the age of a rating, whether the ratings are from verified purchasers, and factors that establish reviewer trustworthiness.
Top reviews

Fran
4.0 out of 5 stars Gypsy Wolf is the fifth book in the Strange Lake Falls series by talented author K.D. Jones. She brings the paranormal world of
Reviewed in the United States on January 19, 2016
Verified Purchase
Overall Rating: 4.25 Rockin’ ★★★★

Gypsy Wolf is the fifth book in the Strange Lake Falls series by talented author K.D. Jones. She brings the paranormal world of werewolves, vampires and witches together by inserting a modern day twist on old folklore legends. This romance is packed with panty melting sexiness and suspenseful action as Lucas and Diana find their way to a happily ever after ending.

Lucas is the alpha werewolf and Diana is half werewolf and soothsayer, a lesser wolf by pack standards. He went to Strange Lake Falls looking for a mate when the council demanded he find one, but luck wasn't on his side. Instead, he became interested in a soothsayer that he believed couldn't provide full werewolf children to carry on his lineage. She was considered a lesser werewolf, because she couldn't shift even though she was known as the most powerful soothsayer of all time.

I'm a huge fan of KD Jones' science fiction series, so when I found out she wrote paranormal, it was on like donkey kong! I really enjoyed the complexity of Ms. Jones' shifter world. Once again, I was happily satisfied as well as entertained and look forward to the next book by this amazing author.
Read more
2 people found this helpful
Helpful
Comment Report abuse

Angela's Opinion
4.0 out of 5 stars Soothsayers, werewolves, and corruption … this is the making of a damn good story
Reviewed in the United States on February 16, 2016
Verified Purchase
Diana has spent years running from a wolf that tried to mate her as a teenager, but her time is running out. Even though she is a powerful soothsayer, she is still considered a lesser wolf since she is not a full blood. Now the wolf who started a forced mating on her is trying to use the wolf council to force the mating to become a full one. But that is something that Diana would rather die than allow to happen.

Lucas is determined to find a mate that will save his pack and allow him to birth the next alpha. What he never counted on was his attraction to a half-breed soothsayer with danger on her heels and despair for the future. When push comes to shove, will he follow his heart or will he follow the path that he thinks he needs to in order to save his pack?

I will admit that I was beginning to not like Lucas very much during the first part of the book, but he definitely redeemed himself in my eyes. He finally accepts what he feels is willing to challenge the wolf that thinks to take his mate from him. Diana has a very quiet determination and a spirit that has been battered and bruised, but is still as strong as tempered steel. I really liked her and liked how Lucas turned from clueless male to one that was willing to die to protect his mate. Great story and an opening of new things to come to the community of Strange Lake Falls.
Read more
One person found this helpful
Helpful
Comment Report abuse

Dianne Donovan
5.0 out of 5 stars Excellent book and series.
Reviewed in the United States on January 12, 2016
Verified Purchase
I loved this story as much as KId's other books. Highly recommend this book and series.
Ms Jones writes a great story keeping you focused on what is happening with all the characters.

I wanted to hit Diana's father for what he was doing and trying to do to her. I was a little angry at Lucus for waiting to stop fighting his feelings for Diana and listening to others on what he needed to do.
Read more
Helpful
Comment Report abuse

Dana J. Simmons
5.0 out of 5 stars Loved it!!
Reviewed in the United States on January 19, 2016
Verified Purchase
Great story. Loved the characters and the story line. This is the first of this series that I have read and now I am going to read the rest of them. I can.t wait!
Read more
Helpful
Comment Report abuse

Patricia
4.0 out of 5 stars Good!!
Reviewed in the United States on March 6, 2016
Verified Purchase
I like everything that this author writes.
Read more
Helpful
Comment Report abuse

TJ
4.0 out of 5 stars Diana proves to Lucas that she is all the wolf he needs!
Reviewed in the United States on January 15, 2016
Having not read earlier books in the series, I was a little lost for the first chapter or two, but quickly figured out the gist of the story. Diana is the sole offspring of a gypsy mother and werewolf father; each gifting her a special ability. She is a soothsayer, just like her mother, but even more powerful, and though she is unable to shift, she still inherited a werewolf's strength and senses from her father. Unfortunately her father is completely worthless as a parent and since her mother died giving birth to Diana, she finds herself left unprotected from her father's machinations. When she was barely more than a child, her father offers her as mate to a terrible man as payment for his gambling debts. This power crazed creature bites her and attempts to mate her, but Diana fortunately escapes and finds shelter with others until circumstances force her out of hiding and back into the sights of the man who has hunted her all of the years since. Lucas is the Alpha of his small pack, and though he finds himself incredibly attracted to Diana, he resists the urge to make her his mate, assuming she is a less powerful wolf as she is unable to shift. Time spent in close proximity proves to be all they need to finally give into the urge to give in to their attraction, but will the danger coming at them from all sides keep them apart for good? I enjoyed the fast pace of the story and the action involved. I also liked the fact that Diana didn't sit back and wait to be saved. She was going to fight, no matter the cost. Lucas, I wanted to smack a few times when he let his mouth get ahead of his brain, but it all worked out for he and Diana in the end. I was a bit confused at the end when so many characters from past books made an appearance. Having not read the prior books, the significance of this or that character's name really didn't click for me. I guess I have some catching up to do! Overall, a good story. I think I would have enjoyed it more if I were familiar with the series rather than finding myself starting in the middle of it. I was given an ARC in exchange for my honest review.
Read more
One person found this helpful
Helpful
Comment Report abuse

Maddy
4.0 out of 5 stars A must read... Fast past
Reviewed in the United States on January 18, 2016
Love this story.....Even though I have not read the first 4 books of this series. It was very easy to fallow. The characters are great. Diana is an amazing young woman who is hiding from a creep hell bent on claiming her against her will. Lucas is an alpha who is being presured by the council to find a mate... The chemistry between them is hot..... As they get closer Lucas realizes that he'll do anything to protect Diana from Killian her so called mate.... All in alll I truly recommend this book... I was giving an arc in exchange for my honest review.
Read more
Helpful
Comment Report abuse
See all reviews from the United States

Tiltob
3.0 out of 5 stars Gypsy wolf
Reviewed in the United Kingdom on May 27, 2017
Verified Purchase
Pretty good story. Would have liked to have learned more about the Soothsayers. Not attached to the characters at all but was still pleased with the outcome.
Read more
Helpful
Sending feedback...
Thank you for your feedback.
Sorry, we failed to record your vote. Please try again
Report abuse