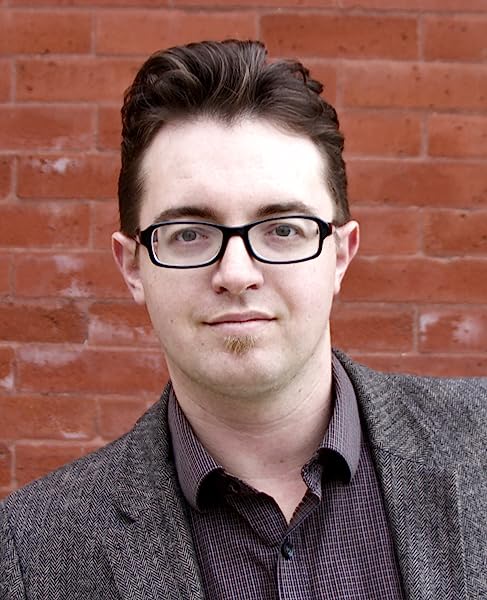 “Adam Selzer’s masterful sleuthing, proves to us, ‘the Devil IS in the details.” Impeccably researched, the author has wiped away the nineteenth-century cobwebs spun by an ineffective police investigation and a hyperbolic press. What is left? The real life story of H. H. Holmes: The True History of the White City Devil. Highly recommended. Read it!” —Steve Hodel, New York Times-bestselling author of Black Dahlia Avenger

“One after another, young women visited the Chicago’s World Fair in 1893 and met and fell in love with a mesmerizing entrepreneur. Then they disappeared. H. H. Holmes is the chilling true story of a grave robber, bigamist and serial killer, and his homemade torture chamber.” —Rebecca Morris, New York Times-bestselling author of If I Can’t Have You and A Killing in Amish Country (with Gregg Olsen) and Ted and Ann

“Not another cut and paste crime biography. H.H.Holmes is one of America’s super-villains. Or was he? Not one hundred, not two hundred victims, as the legends would have us believe, but only one person murdered and, even then, the evidence was circumstantial! Evidence suggests another possible four murders and five might-have-beens but that’s the grand total. Nor was he Jack the Ripper! Selzer takes apart the dove-tailed pieces of fact and legend to show the myth-making behind one of America’s most infamous bogey-men. A highly readable and exciting piece of original research, not to be missed by any crime enthusiast. —Donald Rumbelow, author of The Complete History of Jack the Ripper

“A masterful dissection of false news creation at the source. Selzer persuasively shows that, from the Victorian era to now, how people get their information really does matter.” —Judy Nickels, author of A Competent Witness: Georgiana Yoke and the Trial of H.H. Holmes

“You know you’ve encountered a great book when you get lost in the world the author has created. Adam Selzer’s fascinating, exhaustively researched, highly readable book H. H. Holmes is all of that—a creepy take on America’s original serial psychopath. From the opening pages to its riveting conclusion, you’re drawn into this narrative as though reading a Caleb Carr novel. . . . Engrossing, totally engaging, all at once thrilling and chilling. A fresh, new take on what is an old story. Just what the doctor himself—oh, snap!—would have ordered.” —M. William Phelps,New York Times-bestselling author, Dangerous Ground: My Friendship with a Serial Killer

“History is so often compromised by myth-making, exaggerations and half-truths, when the real facts reveal a much more compelling story. Adam Selzer has fleshed out a fascinating and eminently readable portrait of the real H. H. Holmes, the fiendish killer popularly known as the ‘Devil in the White City.’ Mr. Selzer had dug deep to strip away the fiction in order to give us the accurate and true facts of this shadowy figure’s life. The book is an important contribution to our understanding of American criminal history.” —Richard C. Lindberg, author of Heartland Serial Killers: Belle Gunness, Johann Hoch and Murder for Profit in Gaslight Era Chicago, and sixteen other books.

“Erik Larson brought the serial killer H. H. Holmes to the general reading public’s attention in The Devil in the White City. But where Larson leaves off, Adam Selzer picks up, filling in gaps, replacing legend with fact, and debunking myths. From Philadelphia to Chicago, and even down to Texas, Holmes roamed the country in the late Nineteenth Century, leaving behind buried bodies, missing persons, and unanswered questions, in a trail that ultimately led to the gallows. With meticulous research, Selzer digs deep into Holmes’s story to tell us not only the “how” but the “why,” and he reveals a somewhat unorthodox serial killer by today’s standards: a bigamist, a con man, and a swindler who killed indiscriminately, not merely to satisfy some bloodlust but, more practically, to conceal his larceny and deceit. A fascinating read!” —Mike Farris, author of A Death in the Islands: The Unwritten Law and the Last Trial of Clarence Darrow

“When legend becomes fact, print the legend, the saying goes. A case in point is the story of Dr. Herman Webster Mudgett, who became infamous as H.H. Holmes, the depraved supervillain celebrated as the Devil in the White City. If you want the straight dope, and not just the legend about Mudgett/Holmes, read Adam Selzer’s H. H. Holmes—the True History of the White City Devil. You won't put it down.” —Dennis L. Breo, co-author of The Crime of the Century—Richard Speck and the Murders that Shocked a Nation

“Selzer has made a career of fact-checking the most sordid details of Chicago history, disseminating the weird and gritty true history of the city and its most unsavory people through popular mystery tours, a podcast, and books. When the unprecedented success of Erik Larson’s Devil in The White City (2003) stirred up renewed interest in serial killer H.H. Holmes, Selzer made it his mission to painstakingly research Holmes’ life, family, and crimes with intense determination and doggedness. The result is this comprehensive, compelling, and surprising biography of Holmes, written in a conversational style, as if we are passengers on one of Selzer’s tours. The book follows every move Holmes ever made, dragging readers all over the country, breathlessly following his trail of deceit and lies. Using thousands of primary sources to draw the most accurate picture of this American villain yet, Selzer keeps the delicate balance of salacious (and mundane) details maintained with solid facts. What emerges is a picture of a terrible but intriguing man, one who continues to capture our imagination over a century later, and one whose story leaps off the page in Selzer’s uniquely suited hands. A must-read for fans of The Devil in The White City, of course, but this biography will also hold its own independently in true-crime collections.” —Booklist*starred* review “In this … thrilling new biography of H.H. Holmes (1861-1896), who received renewed attention in 2003 when Erik Larson published The Devil in the White City, Mysterious Chicago tour guide and author Selzer (Just Kill Me, 2016, etc.) recharacterizes Holmes as a small-time con man who was likely guilty of a series of murders in Chicago…. A passion for Holmes lore will lead to appreciation for the depth of background and lesser criminal exploits described in great detail.” —Kirkus Reviews “Was late 19th-century mass murderer H.H. Holmes motivated more by psychological compulsions than practical concerns? Selzer (Ghost of Chicago) suggests the latter, diverging from the perspective put forth in Erik Larson’s The Devil in the White City. He works hard to assemble historical evidence that strays from accounts by Larson, and others, but he never loses sight of the fact that Holmes “almost certainly killed at least nine people, ruined the lives of numerous others, and seemed to feel very little guilt about it.” This highly readable account of the case walks readers through Holmes’s nonviolent crimes before getting to his first murder. Selzer believes that Holmes’s 1891 killing of Julia Conner, a woman he had sued for nonpayment of a loan, was, like his others, committed, not out of bloodlust, but as a “necessary part of furthering his swindling operations and protecting his lifestyle.” He makes a convincing argument that current perceptions of Holmes are not always solidly grounded, even as he concedes that there’s “a lot of mystery left to be solved” about the case, a concession that will lead many aficionados of quality true-crime narrative to monitor his Mysterious Chicago blog for updates.” —Publishers Weekly

Adam Selzer is the host of the Mysterious Chicago blog, podcasts, and tours, and has spent many years researching the more gruesome side of Chicago history—criminals, ghost stories, gangsters, mysteries, and folklore. He regularly writes Chicago history stories for websites such as TimeOut.com and Atlas Obscura, and speaks about it on WGN radio. He lives in Chicago, Illinois.

Page 1 of 1 Start overPage 1 of 1
This shopping feature will continue to load items when the Enter key is pressed. In order to navigate out of this carousel please use your heading shortcut key to navigate to the next or previous heading.
Back
Next
Pages with related products. See and discover other items: h.h. holmes, true crime 19th century, true historical crime, true history stories