H. L. Chandler writes in several genre, thrillers, paranormal, adventure, and mysteries, also a few stories for children. She has lived across the U.S. and for a short time in Canada. 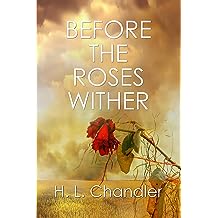 When Diana marries Clay, it is the event of the year in Garden City. She is marrying a prosperous landowner. She considered Evan, but the only advantage the fervent evangelist had was his golden handsomeness. No, she made the right choice; Clay will continue the rich lifestyle to which she is accustomed. He knows the elegant Diana is not the ideal farmwife, but Clay wants her anyway. When drought and manmade disasters destroy the farmland, reality sets in and Diana decides to save herself, leaving Clay to fight against the church and state to keep control of the land.

While the heartland is dying, Evan struggles with his spirituality. He becomes a problem for the church, and Clay offers him asylum, complicating his own situation. The two men are in the midst of battles, Clay in the visible world, and Evan against unseen principalities. Diana’s sister, Jan, believes in Evan’s crusade. She wants to build up his following, organize the campaign, yet not understanding Evan’s true goal.

As they each work toward what they perceive as right, circumstances, and world events may in the end determine their fate. 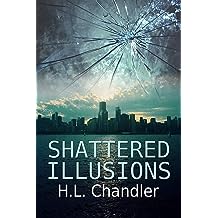 Shattered Illusions Jan 1, 2021
by H.L. Chandler
$3.99
Unwed at thirty-five, Kate has settled for a life of service to her family. They loved and appreciated her, didn’t they? Of course, they did. She was sensible and knew that no one had everything she wanted. Perhaps marriage wasn’t that great. After all, her brother’s ten-year marriage had ended in divorce. Henry came home to live, and after their father’s death managed the family’s import/export business. They never involved Kate in business matters. Even when her mother was alive, Kate managed the domestic chores. When Henry was murdered, Kate’s world exploded. It destroyed her past and put her future in doubt. 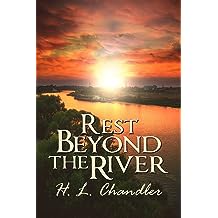 Rest Beyond the River Mar 1, 2019
by H. L. Chandler
$3.99
The sudden death of his wife and son leave Micah wishing he had died, too. Only a promise to his dying wife keeps him alive. In an attempt to deal with his grief, he sets out to reach a place of peace, but storms, earthquakes, human misery, and flood show him peace is a state of mind, not a place.
Read more
Other Formats: Paperback 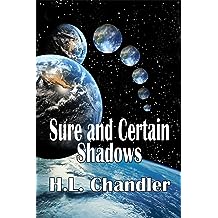 Sure and Certain Shadows Jan 1, 2018
by H. L. Chandler
$3.99
When a thief in the mall steals Ingrid’s purse, she is outraged, filled with anger, and determined to catch him. As she grabs him, they tumble out the exit into the parking lot. Where Ingrid’s world disappears. She has followed the thief into an alien land. A parallel universe that will test Ingrid to her limit.
Read more
Other Formats: Paperback 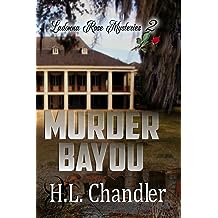 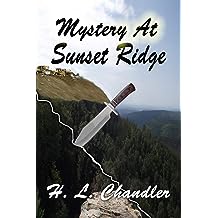 Mystery At Sunset Ridge May 6, 2013
by H. L. Chandler
$3.99
A real estate deal turns deadly. The land owner, Charlie Taylor, is killed, and Matt Doran, the developer is missing. Now Kramer Construction is pushing for control of the land. Billie Ross, of Ross Investigation Services, is hired by the missing man’s sister. As Billie digs deeper into the mystery her own safety is at stake.

Is the missing real estate developer a murderer, or a victim? The police suspect Charlie’s death is the reason Matt is missing, and they want to question him. Those who know Matt have doubts, he surely isn’t capable of murder. Billie’s job is to find him, not determine his guilt or innocence. Those who want Matt to remain hidden are intent upon stopping Billie’s investigation. Even if it means making Billie disappear!
Read more
Other Formats: Paperback 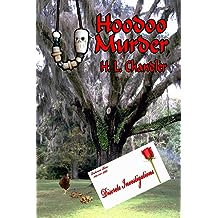 Hoodoo Murder Feb 12, 2013
by H. L. Chandler
$3.99
When the small town of Rosemont, Louisiana wakes up to find a bank vice-president murdered, bank funds stolen, and his little stepdaughter, Darla, missing the police and the FBI rush to the scene. However, the parents and grandparents of the missing child wants a more personal touch. They hire Ladonna of the Rose Detective Agency.

As Ladonna searches for Darla she runs into family deceit, hoodoo spells, and the answers to mysteries in her own past. Confronting the kidnapper she learns the shocking reason for the child’s abduction. In this terrifying moment she and Darla face death. Like her favorite city of New Orleans, Ladonna is an exotic beauty with a tough, gritty side.
Read more
Other Formats: Paperback 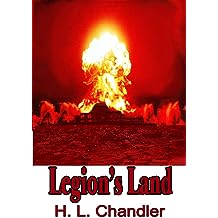 Legion's Land Aug 18, 2012
by H. L. Chandler
$3.99
How much freedom are people willing to sacrifice for safety? In the aftermath of a nuclear devastated world the Delaney family lived a comfortable life. Nora Delaney worked for Heartland State Resources. Her husband, Bill, worked at Enable Incorporated who provided systems to improve companies' production. The Total Child Development program cared for their children.

There was no unemployment, the state provided jobs for everyone. Nothing went wrong so long as citizens stayed within the law. Josh and Ellen Sebring wanted to obey the law, but the price was too high. They lost their lives and the state took their son anyway.

When Celena and Maggie Delaney meet Rolan Sebring at the TCD academy the three children set in motion events that will bring about the destruction of their way of life. Nora, along with Rolan's aunt and uncle, to protect the children flee with them to the unknown Outland. The drought stricken land harbors genetic mutants and outcasts of all sort. In the area between the City-States life is hard. Yet, amidst the dry and barren land rides the Reunion Army, their goal is to reunite the country.
Read more
Other Formats: Paperback 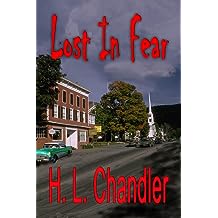 Lost in Fear Sep 1, 2011
by H. L. Chandler
( 1 )
$3.99
On the east edge of Flagstaff, Arizona, the Brentwood Motel stood dark and silent. The L-shaped building blended into the high desert rock and sand hillside like a chiseled symmetric outcropping. In the chilly predawn the sixteen-foot-tall neon cactus road sign loomed blank and dead, its flashing yellow and green replaced by waning milky-blue moonlight. As the stars faded from the Arizona sky the young woman in unit number fourteen fought to break the grip of a nightmare. A nightmare she'd had off and on for the last fifteen years.

Julie Taylor lunged upright in bed, a scream locked between her clenched jaws, her fingers covering the pale scar under her cheekbone. Julie's chest and back were sweat-drenched, the skin hot and sticky. Her blue cotton gown was plastered tighter than if she'd walked through a shower. Julie blinked at her strange surroundings; it wasn't her room at Mrs. Hager's house in San Bernardino. It took Julie a minute to remember that she was on the way to Oak Grove, a small town in Arkansas, where she would teach school next fall. The nightmare always left Julie confused and, if she dared admit it, terrified.
Read more
Other Formats: Paperback 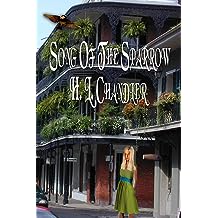 Song Of The Sparrow Jul 9, 2011
by H. L. Chandler
( 1 )
$3.99
The farm was all Lugene and her older brother Harley had left of their parents. Their step-father was intent upon stealing it from them. Lugene vowed that would never happen. What with trying to keep the farm, get Harley out of jail, and remain alive, Lugene had a busy summer.
Read more
Other Formats: Paperback 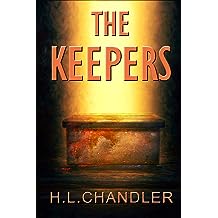 Most of the time her mild psychic abilities keep her slightly off balance. Her daughter has a case of teenage attitude. her husband, Stan, is cut off from work, and her son is terrified by his own powerful clairvoyance.

But when an ancient evil group picks Stan as their next inductee, Jesse learns what real trouble is.

And it's her family that is going to pay the price.
Read more
Other Formats: Kindle , Paperback 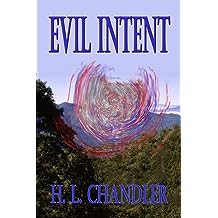 …there are places on the earth where evil comes through stronger. Perhaps its a thin spot in the veil which separates us from the unseen world. Our job is to remain true to the light that has been revealed to us.

We need have no congress with what is out there. We have instead to stand fast, firm in faith, and keep the wickedness at bay.

Janet's husband, Gary, was a danger to her and their children. She had to leave him before he physically injured them. If Janet had read her Grandmother Carter's journal she might not have taken refuge in the North Carolina cabin. Intent upon murder, Gary follows them to the cabin where her grandmother's words prove horrifyingly true.
Read more
Other Formats: Paperback