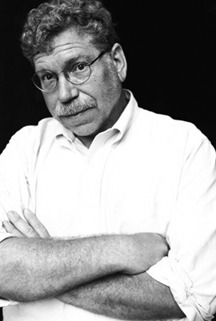 H. R. Knight is the pen name of Harry Squires, a critically acclaimed author who writes mysteries—some paranormal, some not—as well as thrillers, and the occasional magazine article. Harry has worked as an insurance underwriter, a software marketer, and a corporate trainer. He attended Journalism School at the University of Missouri and film school at UCLA.

Having traveled all over the world, he’s developed a preference for countries that produce good wines.

He shares a home and a life with his wife Susan, who publishes unconventional paranormal romances. They own, train, and show Belgian Sheepdogs. Occasionally the dogs are kind enough to give Harry and Susan hope that they may some day be in charge of the pack.

They all live at the beach in Southern California. 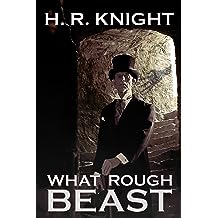 What Rough Beast Sep 8, 2014
by H. R. Knight
( 8 )
$3.99
Harry Houdini, the famous escape artist, asks Sir Arthur Conan Doyle, author of Sherlock Holmes, to help him expose Maximillian Cairo—a spiritualist medium. But the two men underestimate Cairo. He's a master of the occult and the most debauched man in London. When they interrupt a magic ritual, a force for ecstasy and chaos explodes on an unsuspecting 1903 London.


One by one, each of the people who attended the ritual are tainted by the touch of the monster. Each feels an ecstatic burst of creativity, only to succumb later to an act of uncontrollable madness. When the temporary insanity passes, each is left drained and
broken.

Soon Conan Doyle and Houdini face a locked room murder mystery that baffles even Houdini. And clues they find convince them that the thing they set loose has completely taken possession of one the people who attended the ritual with them.

Even worse, the unearthly beast is determined to hunt them down, before they can figure out how to stop it.

The proper Victorian gentleman and the exuberant New Yorker must team up to solve the murder and stop the thing they unleashed before it completely unravels their ordered world. In the end, Conan Doyle must face the monster alone and find the courage to literally embrace that which he fears most in order to defeat it.