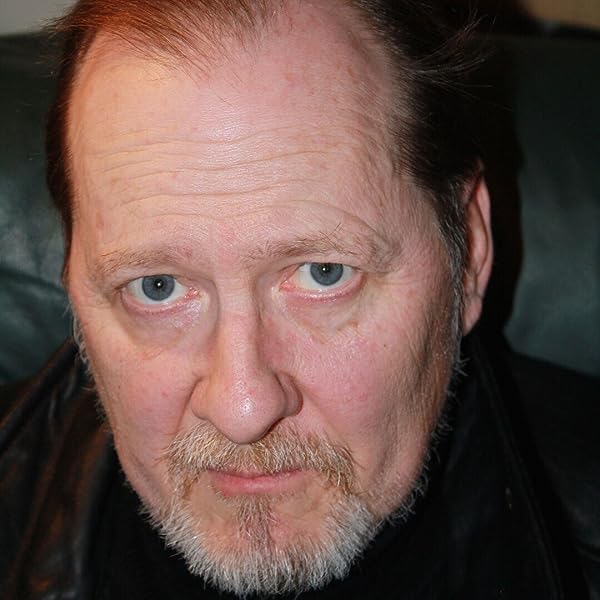 by John Shirley (Author)
4.7 out of 5 stars 522 ratings
Book 2 of 6: Halo (Standalones)
See all formats and editions
Sorry, there was a problem loading this page. Try again.

The New York Times bestselling series based on the blockbuster Xbox® games!

Centuries before the Human-Covenant War would rage across the galaxy, a similar conflict erupted between the Prophets and the Elites—two alien races at odds over the sacred artifacts left by the powerful Forerunners, who disappeared eons ago. Although they would eventually form a stable alliance called the Covenant, there are those on both sides who question this fateful union. From an Elite splinter group rebelling against the Covenant during the time of its founding...to a brave Prophet caught in the machinations of the new leadership...to the root of the betrayal that would ultimately shatter the Covenant many years later, this is the untold chapter of the most unexpected heroes emerging from a realm filled with shocking treachery and ceaseless wonder.

Copyright © 2014 by Microsoft Corporation. All Rights Reserved. Microsoft, Halo, the Halo logo, Xbox, and the Xbox logo are trademarks of the Microsoft group of companies.
Read more
Previous page
Next page

John Shirley is the author of many novels, including Borderlands: The Fallen, Borderlands: Unconquered, Bioshock: Rapture, Demons, Crawlers, In Darkness Waiting, City Come A-Walkin', and Eclipse, as well as the Bram-Stoker-award winning collection Black Butterflies and Living Shadows. His newest novels are the urban fantasy Bleak History and the cyberpunk thriller Black Glass. Also a television and movie scripter, Shirley was co-screenwriter of The Crow. Most recently he has adapted Edgar Allan Poe's Ligeia for the screen. His authorized fan-created website is DarkEcho.com/JohnShirley and official blog is JohnShirley.net.

John Shirley won the Bram Stoker Award for his story collection Black Butterflies, and is the author of numerous novels, including the best-seller DEMONS, the cyberpunk classics CITY COME A-WALKIN', ECLIPSE, and BLACK GLASS, and his newest novels STORMLAND and A SORCERER OF ATLANTIS.

He is also a screenwriter, having written for television and movies; he was co-screenwriter of THE CROW. He has been several Year's Best anthologies including Prime Books' THE YEAR'S BEST DARK FANTASY AND HORROR anthology, and his nwest story collection is IN EXTREMIS: THE MOST EXTREME SHORT STORIES OF JOHN SHIRLEY. His novel BIOSHOCK: RAPTURE telling the story of the creation and undoing of Rapture, from the hit videogame BIOSHOCK is out from TOR books; his Halo novel, HALO: BROKEN CIRCLE is coming out from Pocket Books.

He is also a lyricist, having written lyrics for 18 songs recorded by the Blue Oyster Cult (especially on their albums Heaven Forbidden and Curse of the Hidden Mirror), and his own recordings.

John Shirley has written only one nonfiction book, GURDJIEFF: AN INTRODUCTION TO HIS LIFE AND IDEAS, published by Penguin/Jeremy Tarcher.

Sean wolfring
5.0 out of 5 stars Awesome
Reviewed in the United States 🇺🇸 on June 14, 2022
Verified Purchase
Very cool to read about the early days and end of the Covenant. For anyone curious about the non-human side of things in the Halo universe I highly recommend reading.
Read more
Helpful
Report abuse

Sacha VTop Contributor: Star Wars
5.0 out of 5 stars Two books in one. Second might confuse those who haven't played the game.
Reviewed in the United States 🇺🇸 on October 21, 2019
Verified Purchase
This is essentially two books. The first starts out with the San'Shyuum at war with the Sangheili. If you're familiar with the games, the Prophets vs the Arbiter's people.

Though a cease-fire is agreed to and the Covenant is eventually established a Sangheili named Ussa gathers his people that will not join the Covenant and flees to one of the Didact's uncharted shield worlds.

So the first story switches back and forth between the Prophet's, specifically High Lord Mken, and Ussa.

With Mken, the story moves around a couple of Prophet's that seek greater power above the council by creating a department of Anticipatory Security – thought police. Mken is disliked by these two and he's sent on various tasks that he's intended to fail.

With Ussa, it's learning about the shield world through Enduring Bias, a machine that was left behind to run the place. He also has to deal with attempts to disrupt the people, to turn them against him.

The second book takes place seventeen hundred years later and focuses on Mken's ancestor and is pretty cool if you played the games, but might be confusing for someone who hasn't. The demon (Master Chief) has destroyed the first ring, and they've discovered the Flood.

Once again there are those plotting behind the scene. All of the other races have joined the Covenant, including the Brutes who have been used to replace the Sangheili as the Royal Guard who've been blamed for the loss of the Halo.

This is when the Sangheili revolt, the Arbiter comes on to the scene, but only in passing, and High Charity is ultimately lost.

I really did enjoy this book and look forward to the next installment.
Read more
2 people found this helpful
Helpful
Report abuse

Larry S. Yaeger
5.0 out of 5 stars A true must read for Halo fans
Reviewed in the United States 🇺🇸 on June 30, 2015
Verified Purchase
If you're a fan of the Halo games, this is a must read, more than any other of the published Halo novels. Personally, I've enjoyed them all to greater and lesser degrees, but none are as vital to an understanding of the Halo mythos, in general, and, especially, the events in Halo 2 as this book. Here is the backstory that the game only implied the existence of, and it is beautifully told. Shirley is an excellent writer, and I'm incredibly grateful for the insights his book brings to the Halo universe.

The first Halo game (Combat Evolved) did an excellent job of revealing its story as the game unfolded. I've often said playing the original Halo felt like living in a science fiction novel, and, for me, is why it far surpassed even its excellent gameplay and overall design, and hooked me on the entire universe. Halo 2 again had excellent gameplay, but the story was not as well revealed. In fact, it felt a bit random on first play, albeit still a lot of fun. Replaying it again in the Master Chief Collection, after having read Shirley's book, it's clear they had much of this backstory in mind. But Shirley makes it real, filling in the details, revealing the characters, connecting the dots. Now playing the game again is a blast, specifically because I understand why certain events happen, why certain reactions are what they are, why certain comments are made, that formerly were only suggestive, at best. It's like living in a science fiction novel this time, when it really didn't feel like that the first time, for me.

Well, I'm off to finish Halo 2, 3, and 4 again (having recently replayed Halo 1) in delicious anticipation of Halo 5's arrival this Fall. And I hope John Shirley writes more Halo novels, whether they are providing more backstory or exploring new directions. Regardless, thanks John!
Read more
4 people found this helpful
Helpful
Report abuse

ML
5.0 out of 5 stars An excellent first Halo novel for John Shirley
Reviewed in the United States 🇺🇸 on November 4, 2014
Verified Purchase
Halo: Broken Circle doesn't add any groundbreaking new elements to the Halo universe. It doesn't push the overall narrative forward. It doesn't deal with established characters, instead focusing on a smaller, self-contained narrative.
And that's where this novel succeeds most. It's a wonderful breath of fresh air after Karen Traviss's atrocious Kilo-Five trilogy ended with Mortal Dictata. There are no rants about morality, no self-righteous and hypocritical sneaks plotting genocide (aside from villains), no detailed discussions of racism and insults, just two engaging and intertwining narratives of two family lines from two different species whose destinies are intertwined.

The story begins thousands of years before the main Halo narrative, right at the founding of the Covenant, and travels through the events of Halo 2 and 3, though never directly engaging in those story arcs; as I mentioned, this is a self-contained narrative which is content to tell itself without relying on other lore. Basically, the story follows a splinter Elite faction which refuses to join the Covenant, and the few Prophets who respect and ally with the Elites through all the deception and betrayal of Halo 2's events.

We get some refreshingly detailed looks into the culture of the Sangheili and San'Shyuum (Elites and Prophets) species, and explore some of the rebellion and intrigue at the beginning and end of the Covenant. The characters are never hugely explored, but the reader will probably get a feel for them and wind up caring a surprising amount for a cast without a single human character.

Jonathan Anderson
5.0 out of 5 stars Thoroughly enjoyed this book!
Reviewed in the United Kingdom 🇬🇧 on October 20, 2020
Verified Purchase
I found this to be a very engaging and interesting read. It really provides a great insight into the formation of the Covenant and up until the events of HALO 2/3. Only thing I would say, is that I think it’s wrongly stated elsewhere to read this before playing Halo 3. It actually has a couple of minor spoilers towards the end of the book, that if you haven’t played HALO 3, may spoil it a little bit, so I would recommend completing HALO 3 first. Looking forward to reading more HALO Novels.
Read more
Report abuse

Amitabh Ghuwalewala
4.0 out of 5 stars Enjoyable
Reviewed in the United Kingdom 🇬🇧 on June 27, 2018
Verified Purchase
The story is enjoyable. But there wasn't a jaw dropping climax, like in the books before. Worth a read though.
Read more
Report abuse

Dino
3.0 out of 5 stars I finish reading like half the book
Reviewed in the United Kingdom 🇬🇧 on June 1, 2016
Verified Purchase
I finish reading like half the book, and until now, its kind lazy history of the beginning of the covenant. I have read almost all Halo books, and this one is the first one I don't appreciate how it tells the story , so 5* to the artcover , and 3* for the story.
Read more
Report abuse