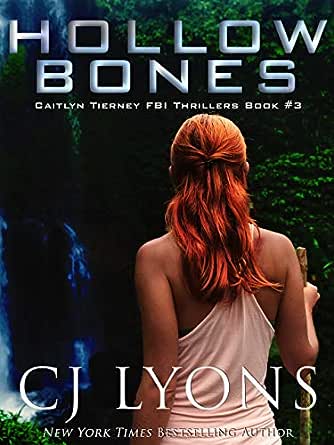 You've subscribed to Caitlyn Tierney FBI Thrillers! We will preorder your items within 24 hours of when they become available. When new books are released, we'll charge your default payment method for the lowest price available during the pre-order period.
Update your device or payment method, cancel individual pre-orders or your subscription at
Your Memberships & Subscriptions
There was an error. We were unable to process your subscription due to an error. Please refresh and try again. 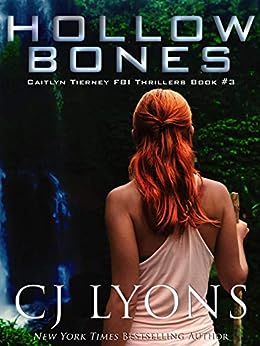 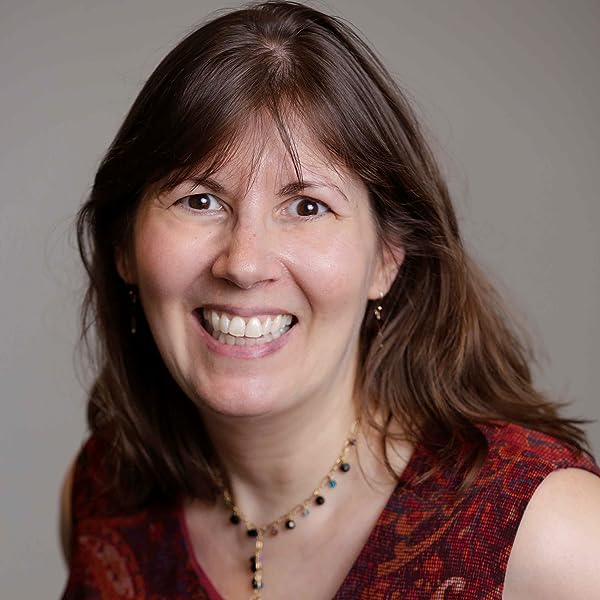 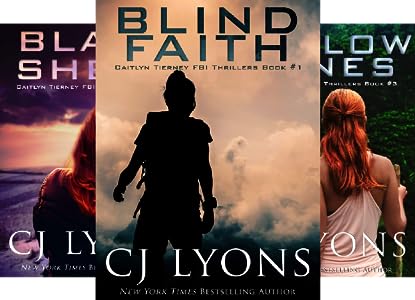 “Thrilling…you won't be able to put this one down.” ―RT Book Reviews

Copyright © 2013 by CJ Lyons
--This text refers to an alternate kindle_edition edition.

CJ LYONS is a pediatric ER doctor and New York Times bestselling author. Among other adventures, she has assisted police and prosecutors in criminal investigations, worked as a crisis counselor, victim advocate, and flight physician, and drawn from her life experiences to write acclaimed novels of medical suspense. She is the author of several cutting-edge series including Angels of Mercy, Hart and Drake, and most recently, Rock Bottom with Erin Brockovich. Her books have earned her numerous awards including the Golden Gateway, National Readers' Choice, and Daphne du Maurier Awards.

4.6 out of 5 stars
4.6 out of 5
117 customer ratings
How does Amazon calculate star ratings?
Amazon calculates a product’s star ratings based on a machine learned model instead of a raw data average. The model takes into account factors including the age of a rating, whether the ratings are from verified purchasers, and factors that establish reviewer trustworthiness.
Top Reviews

Amazon Customer
5.0 out of 5 stars Every CJ Lyons book is a GREAT adventure!
Reviewed in the United States on April 9, 2015
Verified Purchase
I love ALL of CJ Lyons' books. I read this awhile ago but I know that every time I read a CJ Lyons book I am in for an amazing ride!!! I LOOK for opportunities to read. I never mind being stuck somewhere as long as I have the Kindle App on my smartphone with the large screen and a CJ Lyons book ready to continue reading! You will not be disappointed if you choose a CJ Lyons book to read!!!
Read more
Helpful
Comment Report abuse

Bookworm
5.0 out of 5 stars Riveting!
Reviewed in the United States on September 3, 2013
Verified Purchase
CJ Lyons had done it again! Her books just keep getting better! Caitlyn Tierney and Jake Carver just took me on a wild and terrifying trip to the rain forest in search of a missing college student. The plot was amazing and although it became evident to me before it was actually revealed, Lyons still had me turning pages non-stop. I could not put this book down.
Read more
One person found this helpful
Helpful
Comment Report abuse

Kindle Customer
5.0 out of 5 stars Another winner by CJ Lyons!
Reviewed in the United States on August 27, 2013
Verified Purchase
Just finished reading Hollow Bones, and I was not disappointed. I love a thriller with a little romance mixed in, and this fit that bill perfectly. And there was plenty of suspense to keep me engrossed in the book for hours at a time. Great read!
Read more
5 people found this helpful
Helpful
Comment Report abuse

Meredith M. Chase
4.0 out of 5 stars Good read, but not as good as Lyons' first Agent Tierney book.
Reviewed in the United States on May 8, 2014
Verified Purchase
Love Lyons newest heroine/crime solver, Special Agent Caitlyn Tierney, but this second book wasn't as good as the first. I figured out the ending 40% of the way through, so the rest of the book was sort of anti-climactic. Good read though. Hoping for a better third in the Agent Tierney series from C.J. Lyons.
Read more
Helpful
Comment Report abuse

Jane Nixon White
4.0 out of 5 stars Puzzling Mystery Thriller
Reviewed in the United States on September 19, 2013
Verified Purchase
Special Agent Caitlyn Tierney plumbs the mysteries of an ancient Mayan Temple as she seeks a missing American college student who disappeared from a cruise ship. In the midst of it all, she stumbles across a frightening situation involving illegal human tissue harvesting deep in a remote jungle.
Read more
Helpful
Comment Report abuse

Hollywood
5.0 out of 5 stars Breathtaking! Couldn't put it down!
Reviewed in the United States on January 19, 2014
Verified Purchase
Great story that moves at break neck speed. Love the descriptive style of CJ Lyon's writing....Makes you feel like you're right there! Her characters are so believable, too....you won't be disappointed. This wasn't my first Lyons book and it definitely won't be my last.
Read more
Helpful
Comment Report abuse

MizD
5.0 out of 5 stars "Hollow Bones" is so-o-o CJ Lyons!
Reviewed in the United States on September 23, 2013
Verified Purchase
When I first started this book, I thought "why would a 70 year old want to read a book based on an 18 year old's travels in Guatemala?" However, it soon turned into a real page-turner. Could not stop reading until the last page. I loved it!
Read more
Helpful
Comment Report abuse

Cats' Eye View
5.0 out of 5 stars Mystery and intrigue in the jungle.
Reviewed in the United States on October 12, 2013
Verified Purchase
Have enjoyed several previous books by C. J. Lyons and this was no exception. Caitlyn Tierney and Jake Carver this time are drawn
into the wilds of Guatemala. The plot is intriguing, filled with dangerous twists and turns. The action and suspense never lets up.
If you like adventure, mystery and a touch of romance, this one fills the bill.

samanthagirl
5.0 out of 5 stars Excellent Read
Reviewed in the United Kingdom on March 4, 2020
Verified Purchase
There is all you could ever want in this exciting and fast paced book. I loved the interesting characters and intriguing storyline. Never a dull moment! An excellent story and one I would recommend.
Read more
Helpful
Sending feedback...
Thank you for your feedback.
Sorry, we failed to record your vote. Please try again
Report abuse

Ian Crombie 5star
4.0 out of 5 stars Great reading
Reviewed in the United Kingdom on October 9, 2015
Verified Purchase
Very good reading plenty of twists in the series think they were all good but second one stood out more. Would recommend it.
Read more
One person found this helpful
Helpful
Sending feedback...
Thank you for your feedback.
Sorry, we failed to record your vote. Please try again
Report abuse

Jenifer Mohammed, Author of Resurrecting Cybele
5.0 out of 5 stars Excellent
Reviewed in Canada on September 2, 2013
Verified Purchase
This is an exciting and well-written story with lots of action and suspense. I loved how the secrets slowly were revealed. Wonderful!
Read more
One person found this helpful
Helpful
Sending feedback...
Thank you for your feedback.
Sorry, we failed to record your vote. Please try again
Report abuse