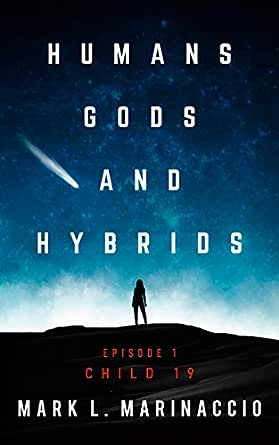 You've subscribed to Humans, Gods, and Hybrids! We will preorder your items within 24 hours of when they become available. When new books are released, we'll charge your default payment method for the lowest price available during the pre-order period.
Update your device or payment method, cancel individual pre-orders or your subscription at
Your Memberships & Subscriptions
There was an error. We were unable to process your subscription due to an error. Please refresh and try again. 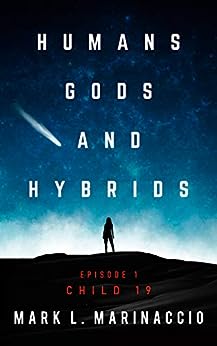 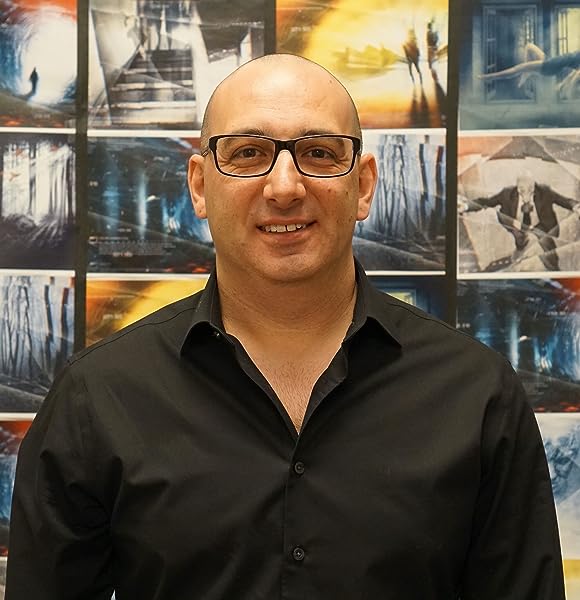 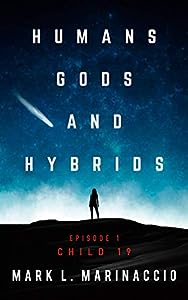 "Mark L. Marinaccio has taken me in a whirlwind of adventure in Humans, Gods, and Hybrids. The pacing moved steadily fast in quick successions of action scenes.
Not many sci-fi novels could maintain a nice balance of plot execution and characterization, but I liked that this novel handled it just right. " - OnlineBookClub.org

Mark L. Marinaccio is a writer, producer, and paranormal podcaster living in Los Angeles with his wife, kids, and a dog named Biscuit.

In the twenty years that he's been creating and producing television shows, he's traveled the world hunting ghosts, tracking UFOs, uncovering ancient mysteries, diving into near-death experiences, cutting through conspiracy theories, and everything else in between.

Growing up as the son of a psychic mother and sci-fi loving father helped him to succeed, making shows like Ghost Hunters and The Dead Files, which established him as an expert in the field.

When he's not making television shows, writing, or reading science fiction, he's interviewing paranormal celebrities for his show, The Strange Story Podcast, and daydreaming about parallel worlds and alternate realities.

4.4 out of 5 stars
4.4 out of 5
75 global ratings
How are ratings calculated?
To calculate the overall star rating and percentage breakdown by star, we don’t use a simple average. Instead, our system considers things like how recent a review is and if the reviewer bought the item on Amazon. It also analyzes reviews to verify trustworthiness.

Evelyn
4.0 out of 5 stars Very recommended.
Reviewed in the United States on December 3, 2020
Verified Purchase
Humans, Gods and Hybrids: Child 19 is a science-fiction thriller written by Mark L. Marinaccio, who has experienced paranormal activities in his life and whose background knowledge makes the book more than interesting.
This piece of work is a must read as it has all the elements that a reader would expect from a mystery novel. It is about a first contact between humans and aliens.
I honestly really enjoyed this book and its story line. It is a fast paced read in which you never get bored. Also, the characters’ development is great, you really feel for them, they are well-thought out and interesting, and the plot is superb. I couldn't put it down and I will look forward to the next book.
This masterpiece contains 291 pages, each one is more exciting and captivating than the previous one and all of them are nail- biting!
If you are on the search of a suspenseful novel, this is definitely one to check out! I highly recommend it!
Read more
One person found this helpful
Helpful
Report abuse

Carlitas
4.0 out of 5 stars A great story to let your mind flow
Reviewed in the United States on December 4, 2020
Verified Purchase
What a book! It shows a mixture of thriller and sci-fi genre. From the moment I started reading it, I was hooked by the story. “Humans, Gods and Hybrids: Child 19- a First contact” is the first book written by Mark Marinaccio, surely it will not be the only one. I dare say that he has an admirable writing style.
It tells the story about how some Humans have a close contact with Aliens. After that, some of them mingle with Aliens for a purpose- they need to save someone. And there the adventure begins!
This book is brilliantly plotted. Very original and amusing. Each character is well-developed and dynamic throughout the story. Also, I would like to highlight that the book is very descriptive and excellent to let your mind flow. I was immersed in the story and I could not put it down easily. I would recommend it to anyone who enjoys this genre and apart from that, anyone who thinks that human-beings are not alone on earth.
Read more
One person found this helpful
Helpful
Report abuse

Sol Tyler
5.0 out of 5 stars Amazing book!
Reviewed in the United States on December 4, 2020
Verified Purchase
This great tale belongs to the category of science fiction thriller and revolves around alien-human hybrids who have no memory of their past and they are heading to Earth. These hybrids want to have a normal life on this planet, which is not an easy task.
The storyline has been amazingly crafted, I believe this is basically because the author’s knowledge on the theme, which he has acquired after spending several years traveling the world hunting ghosts, tracking UFOs, delving into near-death experiences, among other things related to life outside this world.
Three parts make up this book which is written in a dialogue-based form and with simple but rich vocabulary. The author has a way with words and the narrative was put together in a captivating way.
Lovers of sci-fi would certainly regret missing this book, however, any type of reader can give this book a try and enjoy it. Great one!
Read more
One person found this helpful
Helpful
Report abuse

Jeffrey
5.0 out of 5 stars Great New Author
Reviewed in the United States on November 16, 2020
Verified Purchase
The book suggests that this is part 1 of a series. I certainly hope so. What a great read from a brand new author. Tells the story of the mysterious arrival of a "space ship" carrying what appear to be humans with a twist, the subsequent concerns of why they appeared and their purpose and then follows a cast of characters detailing their own personal experiences including challenges, triumphs, dreams and tragedy. The main characters are developed in great detail and the stage is set for an epic adventure. The author indirectly ties the story line into so many facets of present day life - differing views on immigration, race, opportunity, "human" rights while allowing us to connect with each our main characters. Readers are forced to question which side is good, which side is evil and where that grey line falls throughout the tale. Please give us episode two!
Read more
One person found this helpful
Helpful
Report abuse

A. Romano
4.0 out of 5 stars A compelling, unique science fiction piece
Reviewed in the United States on December 1, 2020
Verified Purchase
Humans, Gods and Hybrids: Child 19 is a science fiction thriller about a plausible contact and way of relating within humans and aliens. The plot is absorbing because the characters are well-developed. It keeps any reader at the edge of their seats from the very beginning to the end.

Despite being a science fiction book, the characters are relatable and the settings are described in detail, which let us create a vivid mental image of them. The story smoothly develops in a total of two hundreds and ninety pages.

The author of the book is called Mark Marinaccio, who has a solid background as regards paranormal activity and long-standing mysteries. Due to this background, the ideas developed in the story make sense.

In my opinion, any science fiction lover as well as followers of paranormal phenomena should give this story a shot.
Read more
One person found this helpful
Helpful
Report abuse
See all reviews